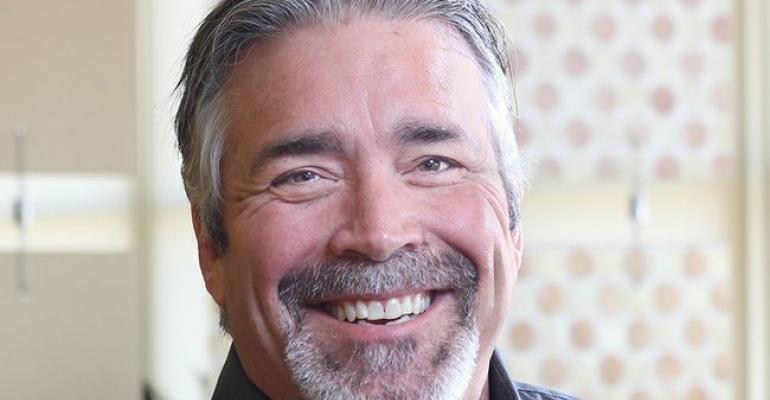 Footwear Came in Handy, But Shoe Boxes Were Vital

But Cottrell got three pairs of new shoes out of it, plus a valuable lesson.

He is the founder and CEO of Authenticom, a data-services provider that daily scrubs, purifies and validates millions of points of auto-retailing information going in and out of dealership-management systems.

Cottrell first began in the auto business in 1978 as a salesman for the defunct Joe Bockman Chevrolet in Mt. View, CA. “I was a hot-shot salesman, and they said, ‘Work with “Pipes” for a few months and see what he can teach you.’”

Pipes, a.k.a. Bob Piper oversaw the store’s fleet operation. At their first meeting, he told Cottrell to go out and buy three pairs of shoes. Cottrell hopped into his Chevrolet Monte Carlo and went shopping.

New shoes in hand, he returned to the dealership. “I’ll never forget it,” he says. “Pipes takes the shoes out, tosses them aside, reaches into his desk, pulls out stacks of 3-x-5 index cards and puts them in the empty shoe boxes.”

He instructed his protégé to label one stack January-through-December, mark the second 1-31 for days of the month and title the third A-to-Z for an alphabetical listing of prospects’ names.

“He then announced, ‘Now, I’m going to teach you how to farm for customers.’ That was my first CRM system.”

Yes, it was primitive by today’s digital practices. (And yes, Cottrell kept the shoes. “They came in handy for walking the lot.”)

“That was the way we did it nearly 40 years ago – I’m feeling old suddenly – but from a fundamental process standpoint, it is exactly as it is now; the thinking behind it is, not necessarily the steps of the process.”

Customer data flows at an amazing pace in and out of dealership-management systems, the computer brains of automotive sales and service stores. It needs constant validation to keep it current and accurate. For instance, if a customer in the data base moves away or dies, a dealership and its marketing vendors would like to know about it.

That’s where Authenticom comes in. Cottrell founded it in 2002.

“The core product, representing 75% of our revenue, comes from collecting data from almost 16,000 franchised dealerships and 12,000 independent dealers every night,” he says. “We pull data from sales, service, inventory, service appointments and parts and accessories. We process and send it to more than 600 vendors who pay us for the services.”

Cottrell is a pioneer who has hit some trailblazing bumps here and there.

In 1999, he became executive vice president-sales at AutoWeb, one of the first lead-generation companies in the formative years of automotive digital retailing.

“The product had tremendous value, but the leads we were selling for $27 each to dealers often were bad, with names like Bill Clinton, Daffy Duck and Minnie Mouse. Dealers were mad at us. They were voting against us with their feet.”

As a reaction to that defection, he helped develop a lead-scrubbing system. “It was a skunk-works project. We started validating that people were real.”

One way to do that was to call submitters of suspicious leads. It was a no-brainer if the phone number was inoperative.

If someone answered, the caller would say, “Hi, you just submitted an auto-buying lead, but there’s evidently a typo in it. Can we clarify your information?” Cottrell says, “If the person hung up, you knew it was a bad lead.”

The screening process trimmed off about 15% dead-wood leads. The remaining 85% were sold to dealers, who appreciated the improved quality, Cottrell says. He had reached out to many of them to discuss their dissatisfaction. “If asked, people will tell you their pain points.”

Autobytel acquired AutoWeb in 2002. Cottrell came with the deal. He remembers pumping himself up for a presentation he was about to give on lead scrubbing at an Autobytel executive meeting.

But he says that just before he spoke to the group, the then-chief financial officer spoke. He told the audience Cottrell was about to discuss something that would reduce the number of leads sold to dealers and financially ruin the company. He then turned to Cottrell and said, “The floor is yours, Steve.”

Today, the regular verification of leads is a standard operating procedure for auto retailing.

Cottrell stays busy and upbeat. “If you bring value, there’s plenty of work. If you bring happiness, great things happen. If you listen to the voice of doom, you find yourself in unhappy places.”

He currently campaigns for more open DMS platforms that would allow vendors to plug in without struggling to pay high certification fees to primary DMS providers that run the overall systems. That is at the heart of his lawsuit filed this week.

“Some of our oldest and best customers are folks who started out as two guys and a duck in a garage with an idea and a dream,” Cottrell says. “A $25,000 integration fee or $200,000 minimum yearly commitment is beyond them.