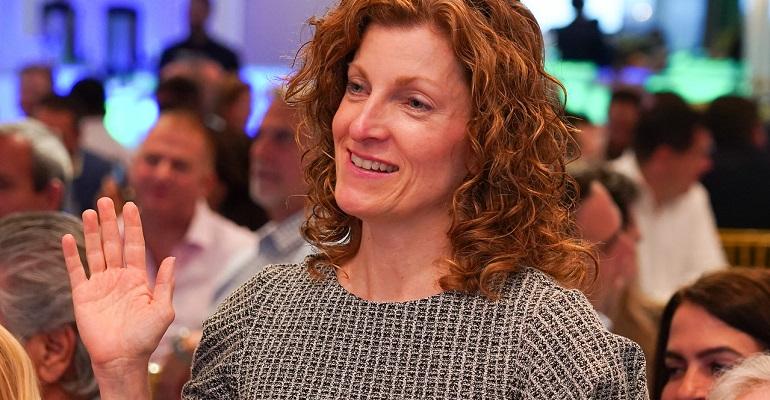 “It is critically important that we continue to bring a diversity of experience and perspectives to the leadership of one of the most important industries for New York’s economy,” Millman says.
Dealers

Jane Millman says she will focus on abating a technician shortage and bringing more females into auto retailing.

For the first time, women hold three of the top leadership posts at the Greater New York Automobile Dealers Assn., which represents the largest retail auto market in the U.S.

In her new role, Millman says she will focus on educating the next generation of auto technicians. There is a chronic shortage of qualified dealership mechanics nationwide.

She also plans to encourage more women to choose a career in auto retailing, noting they represent a large percentage of retail jobs in other retail businesses.

“It is critically important that we continue to bring a diversity of experience and perspectives to the leadership of one of the most important industries for New York’s economy,” she says.

“That diversity extends from the showroom floors and the repair shops to the executive suites. My decades in the business, has taught me that we need to constantly learn and adapt to meet the evolving changes our industry and dealers face.”

Millman began working full-time during summers away from college at the family dealership in Riverhead in 1984, at the age of 18.

GNYADA President Mark Schienberg lauds her industry knowledge and insight. “Jane’s vision and leadership skills combined with her commitment to our association will be a tremendous asset.”

The association has nearly 400 members and accounts for about 70,000 jobs in New York City, Long Island, Westchester and surrounding counties, generating nearly $50 billion in economic activity.

The GNYADA also runs the New York International Auto Show, the oldest and largest in the U.S. More than a million visitors attend the annual event.