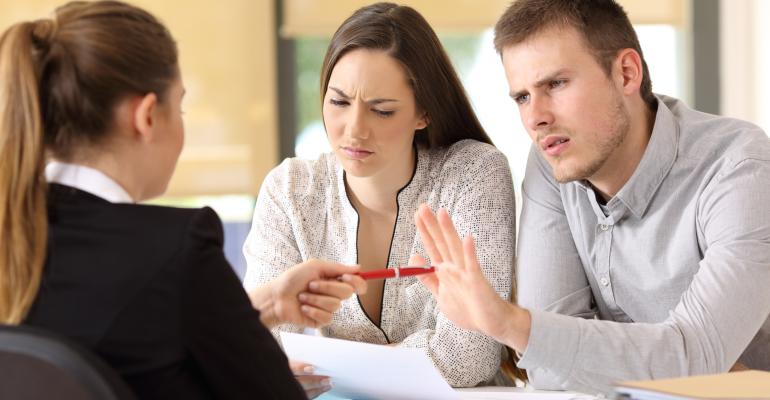 Industry-watchers expect an F&I dip as interest rates rise, but a crash is not imminent.

Industry-watchers note  F&I revenue is rising in parallel with growing vehicle transaction prices during the past few years, but it’s questionable whether those increases will last.

Imbro says auto affordability is a growing concern. Rising interest rates are likely to make it more difficult for dealerships to sell F&I products, such as extended-service contracts, to customers who want to stick with fixed monthly payments, he says.

Still, Imbro expects F&I revenue per vehicle probably won’t fall “materially” any time soon adding “maybe down (to the) low single digits” in percentage terms, he says. Budget-conscious customers  might even be more willing to buy extended-service contracts to protect against future expenses, he says.

In recent earnings conference calls, some of the nation’s largest auto dealership groups make the case that average F&I revenue per vehicle won’t go back down to pre-pandemic levels, even though it may decline. They argue that higher sales volume could compensate for lower per-vehicle F&I revenue as inventory improves.

DeBoer says the average F&I per vehicle may decline, but he doesn’t think it will sink dramatically.

“If there’s a prolonged recession, I think it will reach a more normalized level, probably around $1,800, whether we get back there next year or the year after,” DeBoer says.

Tyson Jominy, vice president of data & analytics at J.D. Power, says that as much as F&I per vehicle retailed has increased, gross profits on new and used vehicles have increased even more as a percentage of total dealership profitability.

“Will they be able to maintain that pace then? Most likely, yes,” Jominy says. “Transaction prices are not likely to fall by much, so higher loans will lead to sustained F&I income. Also, the cost of service and maintenance will continue to climb, leading to more consumers seeking out those contracts.”

It’s also fair to point out that the increase in average F&I revenue per vehicle is a long-term trend that’s taken place in parallel with the rise in average transaction prices and the size of the average amount financed.

Since the mid-2010s, F&I income has also increased because the large dealership chains put a much heavier emphasis on consistently selling F&I products such as Guaranteed Asset Protection and extended-service contracts.

That’s partly in response to the Consumer Financial Protection Bureau (CFPB) clamping down on dealer reserve, the other major component of dealership F&I revenue. Reserve is the portion of the customers’ interest rate lenders pay dealers. The reserve compensates dealers for sending finance contracts to lenders

Lenders have a separate cap on dealer reserve. Still, the CFPB objected to how dealer reserve might vary from customer to customer and called for less dealer discretion in setting customer interest rates.

David Hult, president and CEO-Asbury Automotive Group, Duluth, GA., says 70% of Asbury’s F&I revenue per vehicle is from products, as opposed to dealer reserve. “We would like to get it to 75-25, but we’re not there yet,” Hult says.

Asbury’s F&I revenue growth is partly due to its acquisition of an in-house subsidiary that supplies extended service contracts and other F&I products to the group’s stores. Other public dealer groups report their F&I income is at least two-thirds of product sales.