A small town in Idaho is an unlikely spot to sell a lot of cars; Larry Miller Group has 29 stores on the big list.

When the Bunker Hill zinc, lead and silver mines in Kellogg, ID, closed during the 1981 recession, taking 5,000 jobs with it,  the small town was left reeling. One of the businesses affected at the time was the Dave Smith Motors collection of dealerships.

“It threw the whole Silver Valley into depression, so we had to think of a new way to get customers,” says Eric Smith, son of the late founder Dave Smith and general manager of Dave Smith Motors, No.1 on the 2018 WardsAuto Dealer 500.

Over the years, though the group added franchises ranging from Chevrolet to Maserati, it eschewed the marketing of individual nameplates and positioned itself as a national brand identified by a pink license plate displaying the name “Dave Smith, Hassle-Free Buying.”

“After Bunker Hill closed, we went to a 1-price strategy and we started a nationwide advertising campaign with the Wall Street Journal, ESPN, the back cover of Alaska Airlines magazine,” Smith says. “That’s how we’re going to get to you – word of mouth, friends and family.”

By the mid 1990’s, Eric Smith and his brother and business partner Ken Smith determined the Internet could help his business reach more prospects. (Brothers Eric and Ken Smith, below left) 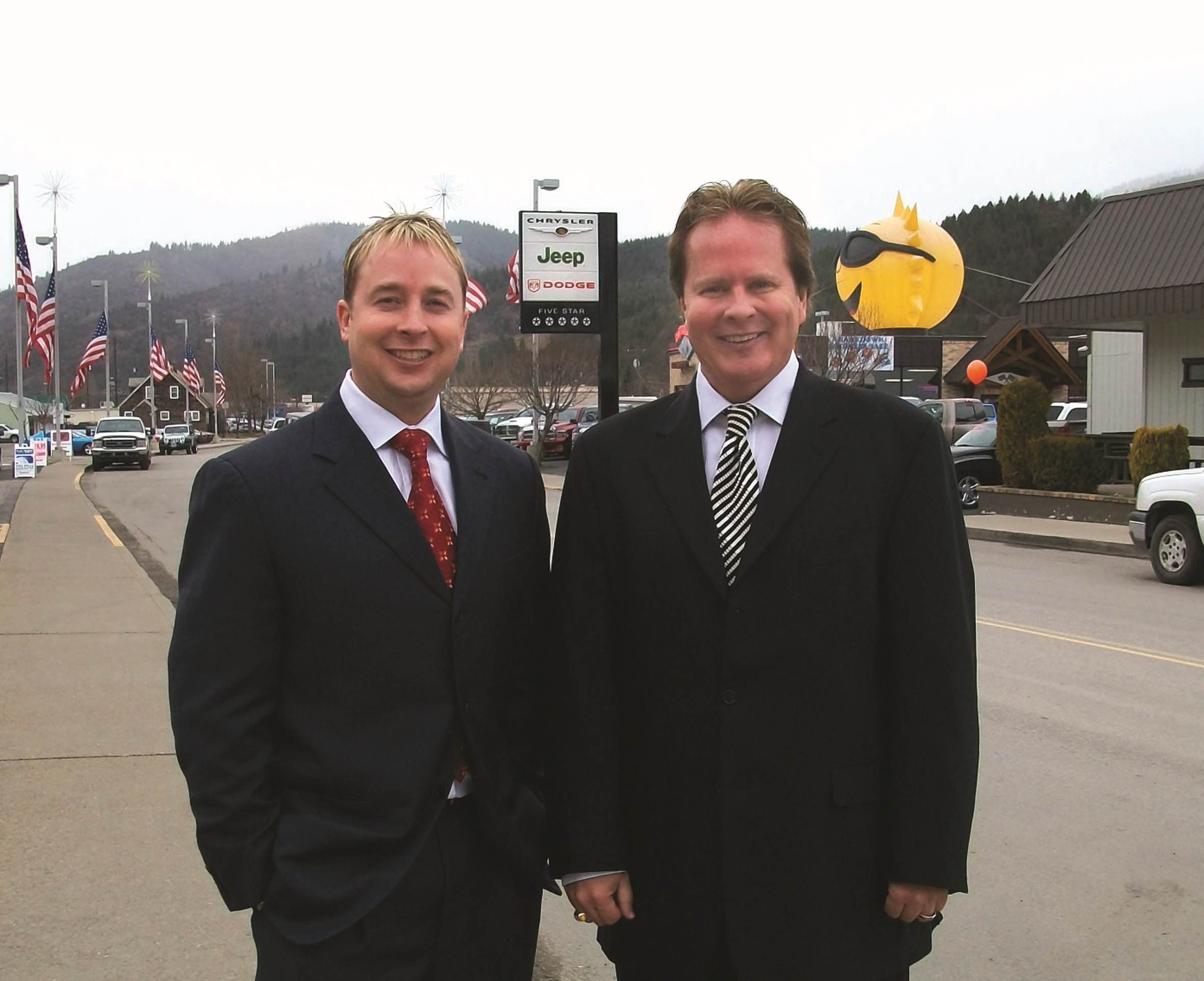 “Our reputation had grown, and we were starting to produce some bigger numbers,” Eric Smith says. “When the Internet came along, we really didn’t know what impact it was going to have. It just kind of complimented our national advertising on Fox News, Pandora Radio, and others.

“We were using usautosales.com at the time and we put that on everything – business cards, TV ads, radio, magazines. We bought 50 different domain names, but the primary one that we pushed everyone to was www.usautosales.com because it sounded nationwide.”

Customers come mainly from states in the northwest, but also from New York and Florida. Most customers fly in to pick up their vehicles. Smith says walk-ins account for only 5% of sales.

The group uses factory websites and others for pre-owned vehicles and niche franchises such as Maserati, but the one site brings in the most prospects is www.davesmith.com. (The usautosales.com address is still active and redirects visitors to davesmith.com.)

“(The websites) have all the pricing, and since we go through 20-plus different lenders, you have a better chance of getting pre-approved than at your local dealership,” Eric Smith says. He says trade-in negotiations are best handled by phone.

Dave Smith Motors has a business development center for customers who prefer to communicate only via email or text. But in 2012 Smith dissolved his Internet department.

“I did it because every lead that came in was an Internet lead,” Smith says. “My Internet guys were only handling Internet leads but the same customer who sent in an Internet lead was making a phone call to the dealership and talking to a different sales associate.

The Legend of Larry Miller

Twenty nine dealerships on the WardsAuto Dealer 500 are owned by the Larry H. Miller group based in Sandy, UT.

The group was founded by the legendary Larry Miller, who started in the business as a parts guy who had the ability to memorize part numbers.

In 1979, he formed a partnership to acquire a Toyota store in Murray, UT. He became sole owner two years later and never stopped acquiring dealerships throughout the western U.S. He died in 2009.

“He essentially started with nothing,” says Che Shaydak, who once worked for the Miller group and now is general sales manager for Audi of Farmington Hills (MI).

The family-owned Larry H. Miller Dealership ranks No.8 on the WardsAuto Megadealer 100 with 64 stores.

Of the Miller stores on the WardsAuto 500, No.169 is Larry H. Miller Chrysler Jeep Dodge Ram in Boise, ID.

“You just try to do the little things right,” Tom Greene, general manager of the Boise store says. It also ranks 49th on this year’s WardsAuto e-Dealer 100.

The corporate name is a drawing card for attracting talent, he says. “We get our sales people from our competitors who want to be part of the Larry Miller Group,” Greene says.

Steve Finlay contributed to this story.