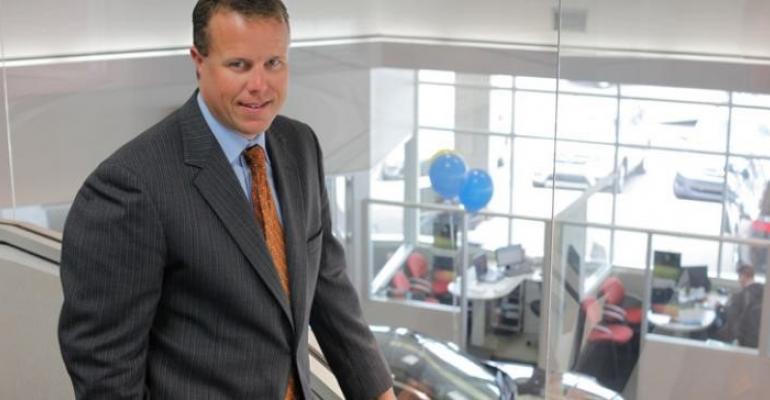 Zeigler introduced what he calls “my own little stimulus plan” for his dealership employees during tough times.
Dealers

“When you face something like (a government-ordered shutdown), it makes you pause and think about why you do certain things,” says dealer Matt Serra.

Now, they are putting on brave faces as they navigate the unprecedented challenges brought on by the COVID-19 pandemic.

“2019 was another solid year for the industry,” says Patrick Manzi, chief economist for the National Automobile Dealer Assn.

Then COVID hit this year, hurting, among other things, dealership sales and service operations.

“It will likely take a few years before we see revenues in the average dealership return to pre-COVID levels,” Manzi says.

The first quarter of 2020 began with many dealers posting record months. U.S. light vehicle sales totaled 1,135,947 in January and 1,349,970 in February, according to Wards Intelligence.

Vehicle sales are getting better though.

Michelle Krebs, executive analyst at Cox Automotive, says the market bottomed out in late April and into May. Then states began allowing dealerships to open. “Our forecast is for improvement, but we likely remain months away from returning to the strong sales pace that started the year,” Krebs says. (Krebs, left) 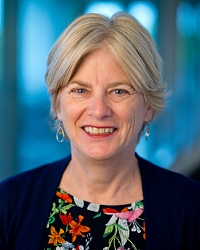 WardsAuto spoke to three dealers whose operations range from fifth to 468th on the 2020 WardsAuto Dealer 500.

“From March 23, when (Michigan) Gov. Gretchen Whitmer’s executive order came out through April 10 you could not deliver a vehicle in the state of Michigan, whether in the showroom, curbside or remotely,” says Matt Serra, executive manager of the Serra Auto Plaza in Grand Blanc, MI, No. 5 on the ranking.

“In that time span, our variable new and used revenue literally went to zero.”

Sales have since improved. “Our biggest concern is future new-vehicle supply,” Serra says. Until that pipeline is filled, Serra’s goal “is to really crank our used car inventory.”

The Auto Plaza today is fully staffed and is conducting 100% of sales and 90% of service jobs by appointment. (Serra, left)

“When you operate by appointment-only, we can accomplish all the things you would normally do in two to three hours at the dealership ahead of time,” Serra says. “It’s a huge time saver for the customers. The feedback we’ve received so far is very positive. When you face something like (a government-ordered shutdown), it makes you pause and think about why you do certain things.

“You become a lot more open to changing your habits. That’s when the light bulb went on and we saw a ton of value if we can just maintain these good habits.”

‘Then the brakes hit’

The economy was so strong in March 2019 that Jerry Mullinax purchased his eighth dealership – the former Velde Ford in Vero Beach, FL, which has the fourth wealthiest ZIP code in the state.

Mullinax has seven stores on the WardsAuto Dealer 500 ranking, ranging from No. 59 to No. 468.

“We are considered an essential business in Florida, so we never closed,” Mullinax says. “Except for Vero Beach, which was up 86% in March and April, new cars were down 10% for the group in the same period. Used cars sales in March and April were down on average 20%.

“What really hurt were our six fast service quick lanes, which were off by about 50%. Two of out three body shops were off 60% and 22%.”

New car sales at the Vero Beach Ford dealership were up 86% over the prior year, thanks to F-Series pickup and Expeditions that are popular with boaters and builders.

Mullinax is dealing with tight inventories, especially for high-content pickups. “You typically need at least a 90-day supply,” he says, adding, “it’s going to be hard to repeat last year’s numbers.”

‘Confidence in the economy going forward’

Aaron Zeigler, president of the Zeigler Automotive Group, went to great lengths to keep his employees afloat during hard times the pandemic brought.

In what he calls “my own little stimulus plan,” Zeigler raised employees’ pay by $10 an hour for eight weeks, guaranteed flat-rate technicians 40 hours a week for eight weeks, and provided free health insurance for two months.

These benefits were privately funded by Zeigler; the federal Paycheck Protection Program funds the company received were allocated to rent, utilities, and other business costs. 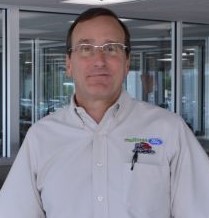 “I said if we look at this thing over the next couple of months my goal is to make sure you guys are whole,” he says. For a time, the company existed “to pay our 1,800 employees to make sure they are taken care of.” (Mullinax, left)

In retrospect, Ziegler says, “it was probably the best thing I’ve ever done. We really came out of this thing cranking from a business standpoint.”

2019 was Zeigler’s best year ever, with 36,000 retail units ringing up $1.3 billion in sales. His January 2020 purchase of Mercedes Benz-Sprinter and Infiniti stores in Hoffman Estates, IL and a Jaguar-Land Rover franchise in nearby Schaumburg – the largest acquisition in company history – added 300 employees.

Zeigler owns 21 franchises in Michigan, Indiana, Illinois and New York. Ten stores are listed on the WardsAuto Dealer 500, from No. 103 to No. 462.

Foreseeing a tight supply of new cars, Zeigler took action in April. “We started to do the math, looking at what we thought was going to happen in May, June, July, August,” he says. “The industry was going to run out of cars, so we started buying hundreds and hundreds of new cars nationwide from other dealers.”

“I told our people our business is going to come out of this like a rocket ship because there is pent up demand,” Zeigler says.

One reason he thinks that way on the automotive side has to do with what’s going on at his motorsports dealership in Kalamazoo, MI. Sales there booming. “Motorsports is not a product that you need, it’s a product you want,” he says. The store’s performance “tells me people have confidence in the economy going forward.”

“That’s been very helpful, and I hope that sticks around for a while,” Serra says. “We still get additional money for each unit you sell but it’s not all-or-nothing depending if we hit a certain number. It allows you to run a lot healthier dealership operation and better serve your customer and your team, which ultimately I think is what the manufacturer is after.”