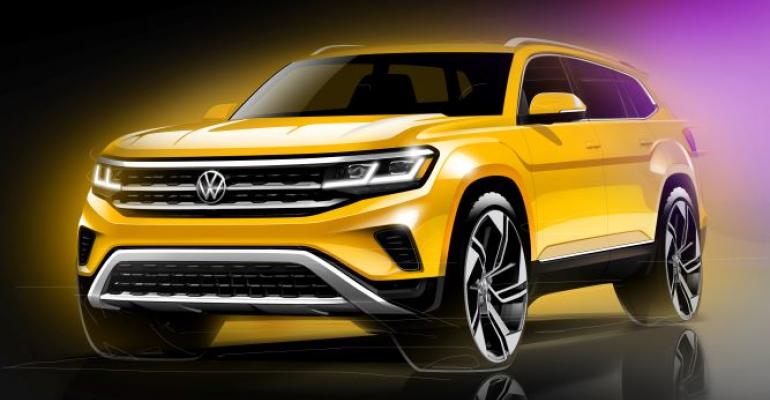 The refreshed Atlas arrives three years after the CUV first went on sale in the U.S. and is the first fruit of the strategy of introducing a facelift after three years, compared to the previous 4-year interval traditionally used by VW.

Volkswagen has shortened its traditional product cycle to refresh the Atlas large CUV that has helped revive the automaker’s sales in the U.S. since launching in 2017.

The ’21 Volkswagen Atlas, due in showrooms next spring, will come to market with all-new front and rear fascia, updates to the interior, and additional powertrain options featuring all-wheel drive, says Hein Schafer, Volkswagen of America senior vice president-product marketing and strategy.

The Atlas, which is built in the 8-year-old VWoA plant in Chattanooga, TN, was specifically designed for the North American market but the competition is intense, particularly from Asian brands including Subaru, Honda, Hyundai and Kia. The competition was the key factor in moving to a 3-year product cycle, Shafer acknowledges to a group of journalists.

The refreshed Atlas arrives three years after the CUV first went on sale in the U.S. and is the first fruit of the strategy of introducing a facelift after three years, compared to the previous 4-year interval traditionally used by VW, Shafer says.

Changes to the ’21 Atlas include new bumpers, grille, headlamps and taillamps. In addition, the new CUV is nearly 3 ins. (76 mm) longer than the original three-row version and 5.7 ins. (145 mm) longer than the 2-row Atlas Cross Sport also headed to dealers next spring.

The ’21 model will come with new driver-assistance features including Traffic Jam Assist and Dynamic Road Sign Detection. The 4Motion all-wheel-drive system will be available with both 4-cyl. and V-6 engines.

Inside, the Atlas features new steering-wheel design, available double-stitched leather seats and an 8-in. (20-cm) touchscreen infotainment system on all but the base model. Inductive charging for smartphones is available.

Schafer says VWoA plans to go beyond the introductions of the refreshed Atlas and the ’20 Atlas Cross Sport and expand its CUV lineup with models tailored to the U.S. market’s specific needs. “While Tiguan is our current volume seller, we see enormous potential in offering a smaller compact CUV and will soon introduce another vehicle in this very competitive segment,” he says.

The second small utility vehicle from VWoA, which should appear in summer 2021, will be built in Puebla, Mexico, filling the production space created by the demise of the Beetle, Schafer says, adding it will be sold throughout North America.

The push into the utility-vehicle market has bolstered VWoA sales, which are up 4.2% so far this year. The increase is centered on CUV growth, Schafer says.

“Heading into the final quarter, Volkswagen is the second-fastest-growing volume brand in America this year,” he says.

Thanks to the addition of the Atlas and transformation of the second-generation Tiguan (below, left), CUV sales account for 53% of VW volume, up from 47% in 2018. Utility vehicles also account for the lion’s share of VW’s conquests and have lifted the brand’s average transaction prices by $4,000.

Schafer says continued growth is expected with the 2020 introduction of the Atlas Cross Sport, doubling the automaker’s midsize CUV offerings.

Schafer emphasizes VWOA remains committed to the passenger-car market, where it has a strong heritage and history. “While some brands have walked away from car sales, we are focused on making smart decisions in this segment which is still a big part of the market,” he says. 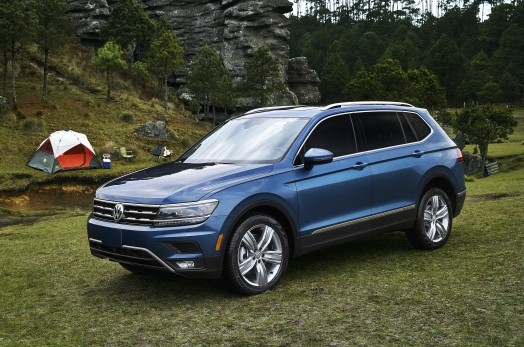 “U.S. consumers bought 5.4 million cars in 2018, and most were sedans. That's major demand, and Volkswagen of America prefers not to leave it unmet,” Schafer says.

VW’s first battery-electric vehicle, the ID.Crozz CUV, went into production last month in Zwickau, Germany, and will debut in the U.S. in the spring, giving VWoA an additional compact CUV, now the largest vehicle segment in the U.S. Plans are for the EV to be built in Chattanooga starting in 2022 upon completion of factory expansion.

Schafer says the new models and increased brand visibility are “evolving” VW’s perception in the U.S. from a niche brand into a true mass-market automaker, laying the groundwork for VW to be regarded as a global innovator of electric vehicles.

The goal, he says, is “to make VW a family-focused, full-line automaker with competitive vehicles that put us in the heart of four of the five major segments in the U.S.

“Through new marketing and product offerings, we plan to make Volkswagen matter again.”