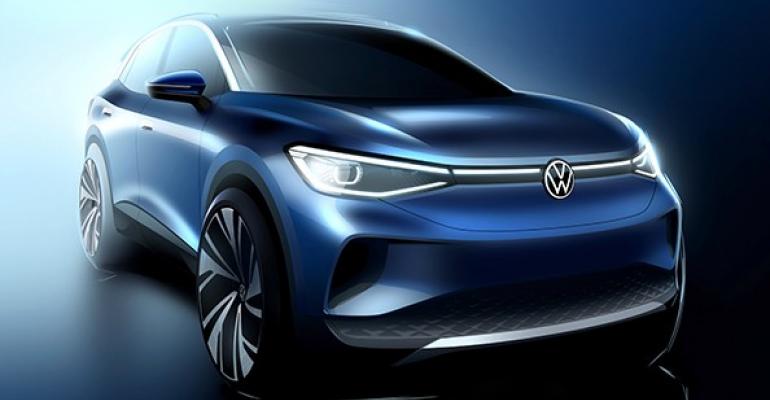 VW
VW ID.4 in concept form. The automaker notes specifications may differ from the production SUV scheduled for a September unveiling.
Dealers

Volkswagen debuts a new webpage that the automaker hopes will spark interest in and streamline the buying of its upcoming ID.4 electric vehicle in the U.S.

The initiative aims to expand online ordering and offer transparent digital purchasing. But a VW executive emphasizes – repeatedly – that dealers remain a big part of the process.

In some earlier OEM-inspired digital projects, auto dealers had feared headquarters wanted to push them to the sidelines and sell directly to consumers. VW takes pains to state that’s not the case here.

In Germany, where VW is based, and throughout Europe, automakers own most of the car dealerships. It’s different in the U.S. where independently owned franchised dealers sell most of the vehicles. Over the years, state franchise laws have reinforced that way of doing business. It's a system U.S. automakers early on created.

VW vows it isn’t trying to buck that now. 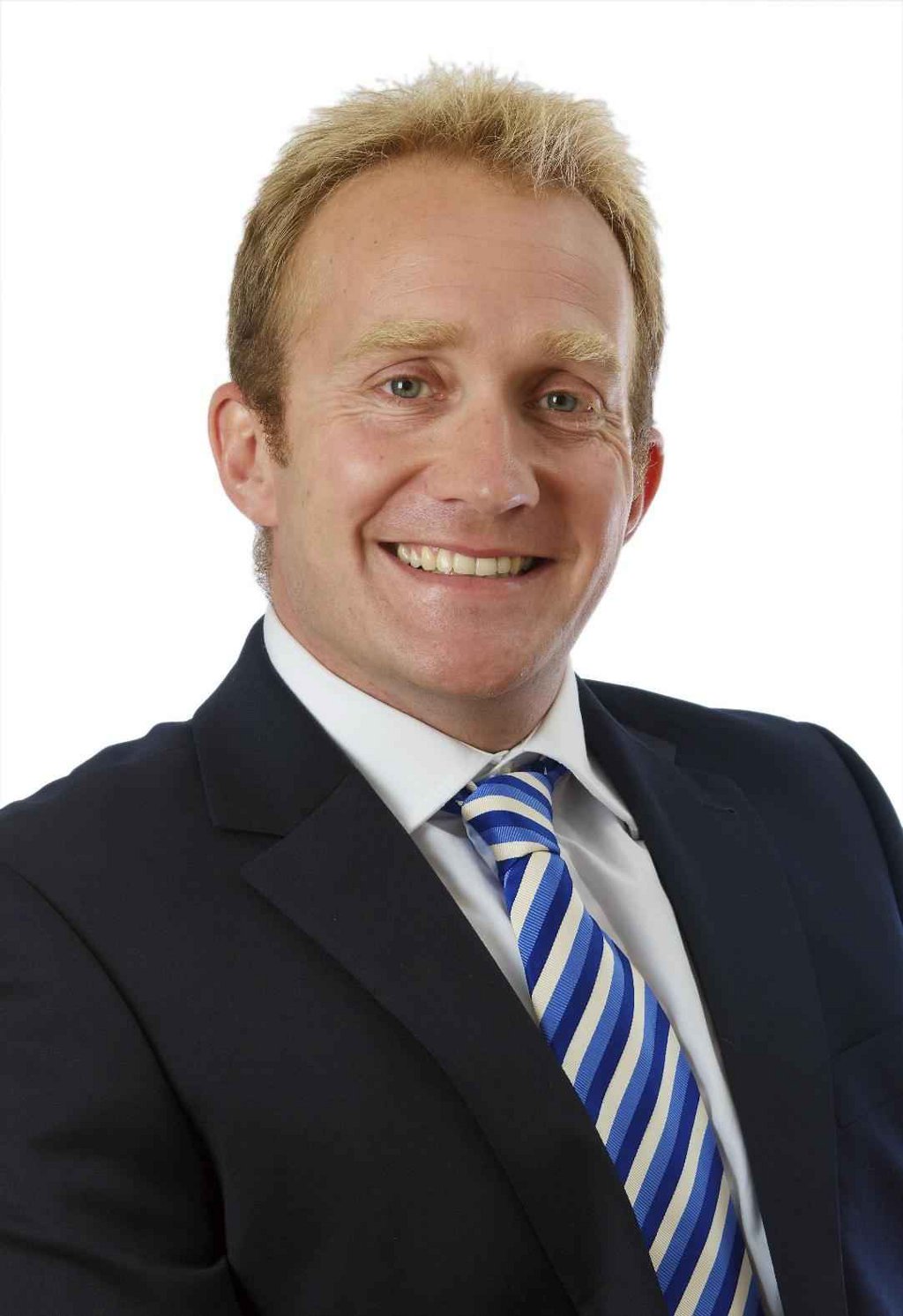 “We respect and want to work with the franchise system,” Duncan Movassaghi, Volkswagen of America’s executive vice president-sales and marketing, says during a media video conference to introduce the ID.4 SUV website. “We see strength with working through our retailers.”

VW plans to unveil the vehicle and release specifications (including price) next month and start selling models at the end of the year in the U.S., initially in so-called zero-emission states such as California and Colorado.

By 2025, the VW Group plans to build about 1.5 million electric vehicles a year worldwide, including at its U.S. factory in Chattanooga, TN.

The ID.4 (ID stands for intelligent design) is the second vehicle to use the VW Group’s modular electric drive architecture and is the first such model to be sold in America.

The ID.4 webpage within VW.com allows visitors to research the vehicle, decide if an EV is right for them based on driving habits and other factors, schedule a test drive, make a purchase reservation for a refundable $100 and then graphically track their particular vehicle’s progress from factory to dealership.

The more customer engagement points, the better, he says. “People can do it online or at dealerships. Regardless, the path is simple.”

EV maker Tesla sells many of its models factory-direct online. The company has opted not to use the traditional U.S. franchised dealer network, much to the disapproval of auto-retailing trade groups such as the National Automobile Dealers Assn.

But he adds: “We very much respect the dealer model. We want flexibility where the dealer is involved…We see our dealerships as an advantage…If we get the online and dealer processes working together, we can provide a better experience than Tesla does. To be clear, this is about dealers selling a car.”

VW has more than 600 dealers in the U.S. Has VW sufficiently assured them they are an integral part of the new online initiative? 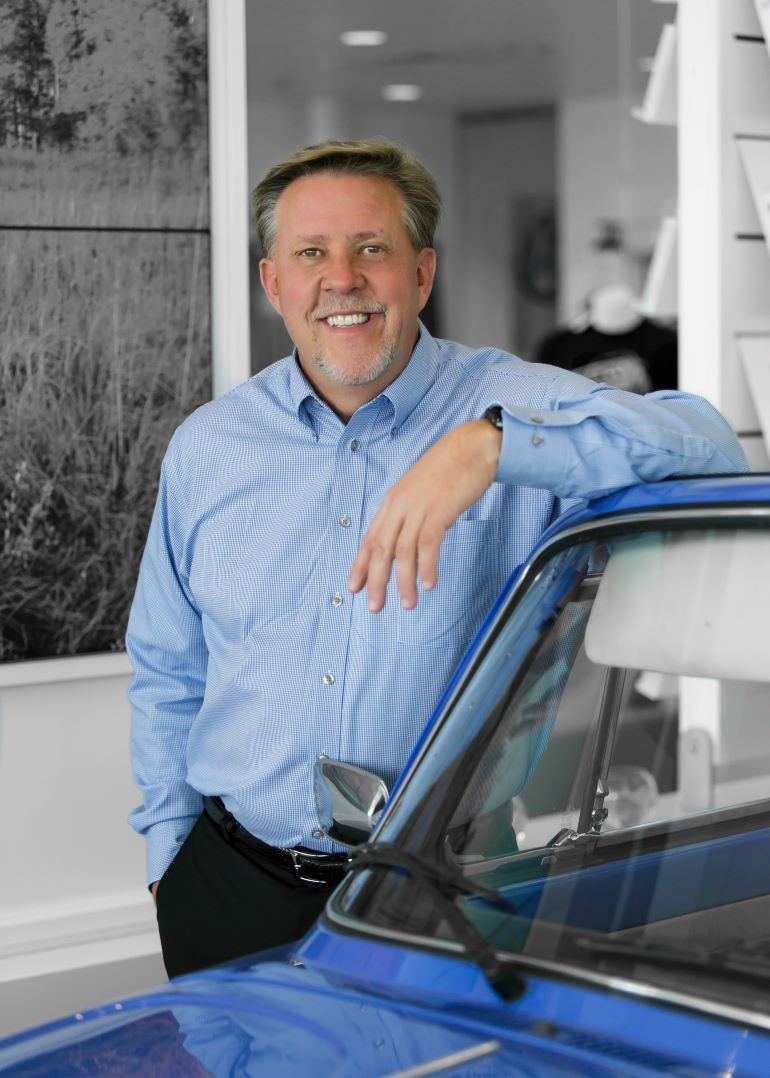 “This is a strong 100% yes,” John Luciano, head of VW of America’s dealer council, tells Wards.

He notes the automaker established a separate EV council that includes dealer members, including himself. “The dealers have been a part of the design since day one.” (John Luciano, left)

Luciano’s Street VW dealership is in Amarillo, TX. He sees the state’s capital, Austin, as a bigger EV market for VW because of its size and touted progressiveness but predicts that “over time” his store’s EV deliveries could hit 20% of total vehicle sales.

Luciano describes himself as “all-in” with VW’s bold EV effort, in part because he wants to tap into the buzz as well as increase overall showroom traffic.

“I figure that if a customer comes in interested in an EV but then decides it’s not for them after all, I still have that ‘up,’” he says, referring to a dealership term for an in-store prospect.

If he can’t sell them an ID.4, maybe he can get them into, say, a gasoline-powered VW Passat sedan, he says.