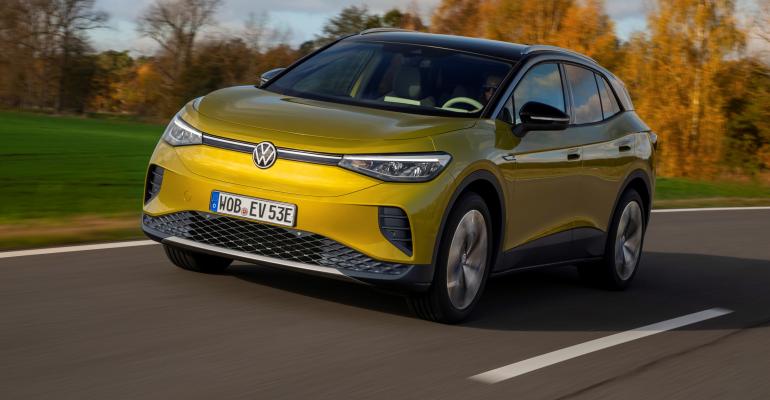 Thanks to a richer mix of new models such as the VW Atlas and ID.4, the VW brand’s average suggested retail price increased 23% in 2021 vs. a year earlier, says Scott Keogh, president and CEO-Volkswagen Group of America.

Demand continues to outstrip supply for the U.S. auto retail industry through all of 2022, as pent-up demand outweighs small improvements in new-vehicle supply, says Scott Keogh, president and CEO-Volkswagen Group of America.

“Supply and demand is going to be an ongoing issue,” Keogh says in a Jan. 7 conference call.

That’s great news in terms of profits for automakers and dealers, he says.

Profits for U.S. VW dealers in 2021 represented about 4.9% of revenues, roughly triple what dealers could expect to make when inventory was much higher and had to be discounted to move the metal, he says.

In contrast, due to a richer mix of new models such as the VW Atlas and the ID.4, the VW brand’s average suggested retail price increased 23% in 2021 vs. a year earlier, he says. At the same time, the VW brand’s incentive spend falls between 70% and 80%, Keogh says.

“The debate is going to be, is this sustainable? In my opinion, large portions of this are going to be sustainable,” he says. Pent-up demand is a big factor.

Through the spring of 2021, U.S. light-vehicle sales were on pace to get back to the 17 million-unit range, but in fact light-vehicle sales finished 2021 around 15 million, due to the computer chip shortage and other supply-chain problems, Keogh says.

“So, we’re probably looking at 2 million people who are still looking to buy a car,” he says. And even in 2022, with better availability, forecasters are predicting U.S. light-vehicle sales of about 16 million, Keogh says. “So, there’s probably another 1 million people” generating even more pent-up demand, he says.