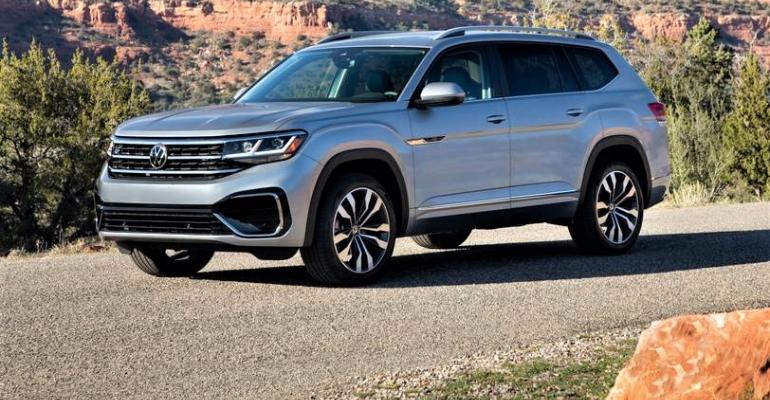 Volkswagen
Atlas at forefront of Volkswagen's focus on CUVs.
Dealers

Pivoting to a lineup that’s heavy on CUVs and light on passenger cars has the Volkswagen and Audi brands on a roll in the U.S. market, including record first-half volume for Audi, and the highest first-half sales for the VW brand in the U.S. since 1973.

“VW made a commitment in 2017 to move from passenger sedans to more SUVs,” says Earl Reed (pictured, below left), general manager of Ontario (CA) Volkswagen. The three-row VW Atlas kicked off the “SUV revolution” in 2017 for the 2018 model year, he says in a recent phone interview.

“We’re doing 70-plus percent of our volume in SUV segments that are super-hot,” says Ray Mikiciuk, senior vice president-sales for Volkswagen of America. In the second quarter, trucks accounted for 73% of sales, the company says.

“We have five SUVs in the portfolio,” Mikiciuk says in a phone interview. Those are the three-row VW Atlas, the two-row Atlas Cross Sport, the new ID.4 crossover electric vehicle, the recently introduced Taos and the Tiguan.

While VW Group executives refer to the vehicles as SUVs, Wards Intelligence classifies them as cross/utility vehicles (CUVs) built on unibody architectures, rather than body-on-frame SUVs. 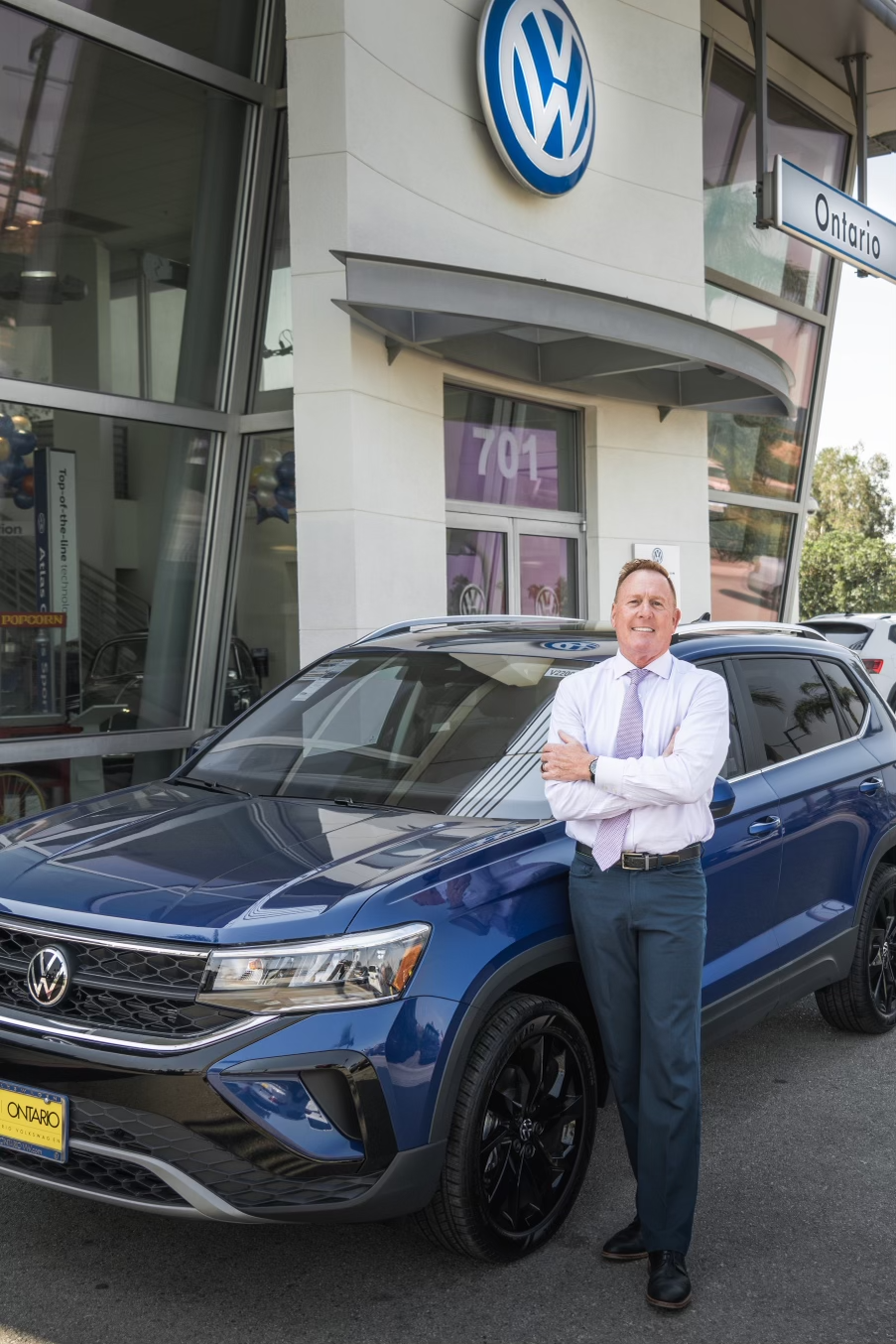 Aggressive incentives and marketing have also boosted U.S. sales in the first half, Mikiciuk says. Promotions have included a “Sign and Drive” lease offer starting in March 2021, featuring no money due at signing, no down payment, no security deposit and no payment on the first month of the lease.

Loan offers included zero-percent APR for 72 months for all 2021 models in March and April. The zero-percent term was later limited to 60 months, and recently to 36 months, he says.

VW expects the worst of the computer chip shortage may be over, he says. “It’s a daily task, for us to acquire the componentry we need and produce at the levels we’re predicting to do,” he says. “We see it getting better in Q3 and much better in Q4.”