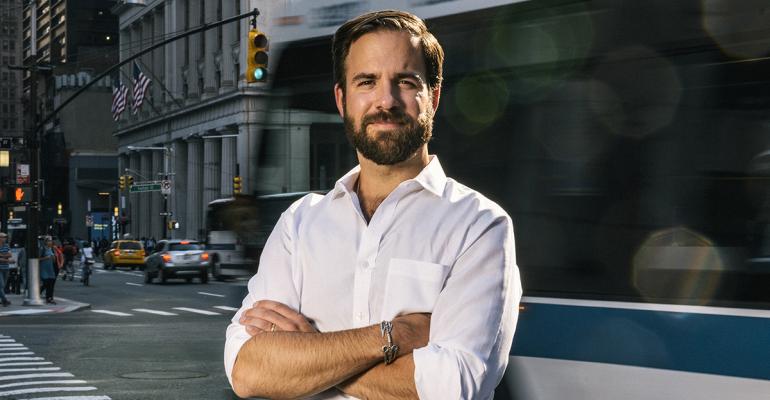 Marco Schnabl started in the automotive business 20 years ago selling vehicles at a car dealership in his native Germany.

He loves auto retailing, but one thing he didn’t like much there: The European business model of dealerships stocking low inventory levels, and consequently taking vehicle orders from customers who would wait weeks and months for the automaker to make and deliver the vehicle.

That’s a marked contrast to the traditional U.S. way of selling cars: In-market consumers select a vehicle of choice from dealer lots (or web pages) teeming with inventory, and drive away in it forthwith.

Schnabl, who went on to sell cars in the U.S., says: “I wasn’t a big fan of the European system as it often was too much of a wait for customers. And as a salesman, you had to wait a long time for your commission check.”

That said, he thinks the current nationwide circumstances – of scant dealership inventory because a microchip shortage has forced automakers to cut production – necessitate implementing at least a stopgap build-to-order system in the U.S.

“Consumers have heard the inventory shortage is a real problem, so mindsets have shifted enough to do preorders,” says Schnabl, co-founder and CEO of automotiveMastermind, a unit of IHS Markit and a provider of predictive analytics and marketing automation software for dealerships.

His company has expanded its data-driven product offerings to help dealers handle inventory challenges, engage with shoppers and retain customers.

“Dealers should figure out what is possible, and work with customers to set expectations,” he tells WardsAuto in explaining how an order-and-wait system could catch on in the U.S., if only temporarily. “This is the best time to do it.”

He recommends inventory-strapped dealers tell customers, “‘I want you to have a great experience, so let’s order a car now.’ The promise of, say, a $500 loyalty discount, would reward customers for their patience.”

If a purchase order requires months-long waits, dealers should communicate regularly with customers to let them know the store hasn’t forgotten them, Schnabl says.

Could an ordering system like that permanently take root in the U.S., switching away from dealers stocking acres of inventory? Schnabl doubts it. “It’s unrealistic to think that two or three years from now, the U.S. would have a European-like system.”

For one thing, automakers want inventories that are higher than they are now. Most manufacturers are publicly owned companies facing stockholder pressure to sell lots of cars and carve out a healthy market share, he says. “There’s also the capacity issue” of keeping auto factories humming, not idle or even operating below full capacity. Some major auto plants have shut down completely for lack of enough semiconductor microchips.

But operating at full or near-full capacity doesn’t mean pushing excess numbers of vehicles on the market. That push-rather-than-pull strategy has been tried before, usually in desperation, with costly consequences, especially to residual values.

But in any enterprise supply should come close to meeting demand. Right now, that’s not happening in the auto industry.

Some dealers are fine with the current inventory situation. They say it allows them to sell cars at higher profits. And it takes less selling time if customers are lined up waiting to buy.

“The (inventory) shift has been so rapid, a lot of people wonder what happened,” Schnabl says. “It’s a wild time. Dealers are resilient, especially in this country. The best dealers are thinking about keeping their customers.

“Dealers need to make money; I’m a firm believer in that. But not at the risk of maximizing profits to the point of losing loyalty, and we’ve seen loyalty dropping lately.”

One way is to use customer-based data to reach out to people who statistically are likely prospects to sell their current vehicles.

“Look at customers who will be in the market soon according to our predictive analysis,” Schnabl says. “Some households change vehicles like clockwork. Some consumers have multiple vehicles in their garage. It is quick inventory acquisition to reach out to them.”

Schnabl lives in New York City, which he fell in love with when he visited the U.S. as something akin to a Daimler student intern.

He was working at Mercedes-Benz of Manhattan when he and Johannes Gnauck, a dealership co-worker and fellow German, came up with the idea for automotiveMastermind. That happened nine years ago at a kitchen table in Gnauck’s apartment above the dealership.