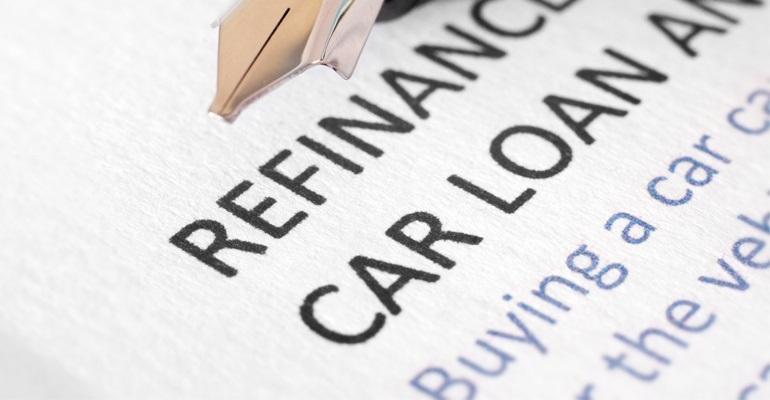 Lenders are on the lookout for loans to conquest.v
Dealers

The study indicates the average decrease in auto loan debt service for those seeking a payment reduction was $52 per month.

Many consumers who finance their vehicle purchases at car dealerships turn around and refinance, according to a new analysis by credit tracker TransUnion.

“Consumers who might be paying a somewhat higher interest rate on the loans they obtained through the dealership may find that refinancing can lower those interest rates or extend the loan term,” he says.

The end of summer is a brisk time for auto retailing, he says, noting many consumers are looking for deals before automakers roll out new models in the fall.

Now, there’s an added spur: the threat of potential federal tariffs on imported cars. “This year, the prospect of rising automotive tariffs has also made it a hot time to buy,” Landau says.

The study indicates the average decrease in auto-loan debt service for those seeking a payment reduction was $52 per month. The average refinancing consumer saw a 2.4% APR reduction.

What happens if a customer originally finances through a dealership that adds a percentage point or two for acting as the middleman. Does that “reserve rate” go away if the loan is refinanced elsewhere?

The average 2.4% APR reduction “implies lenders are taking advantage of the dealer markup to offer consumers a lower rate,” Landau tells WardsAuto. “However, keep in mind that the rate reduction can be as low as a few basis points to as high as 10%-plus...”

“In an increasingly competitive auto-finance market, there is a lot of potential for auto lenders to tap into refinancing as a way to grow their business,” Landau says.

But it takes some doing. According to a recent Harris poll, less than half of consumers are aware of refinancing, even though more than two-thirds of major finance companies (excluding captives) offer it, Landau says.

More Types of Shoppers Get Financing, Then Pick Vehicle
Apr 19, 2018