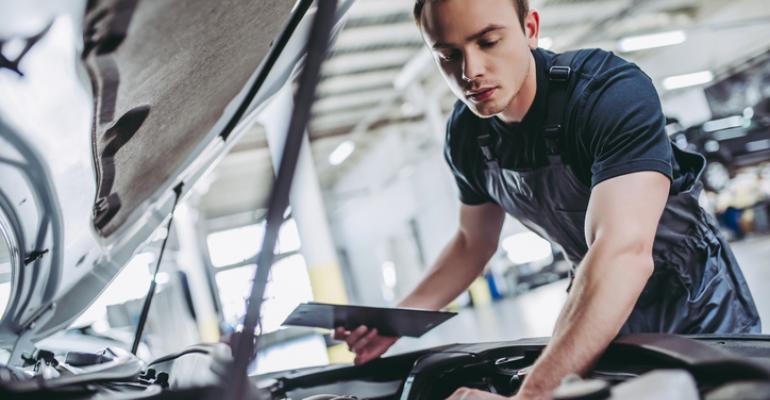 Many schools have switched over to online teaching during the COVID-19 pandemic, but that can get complicated for students who are training to become auto technicians.

That’s because it is largely a one-on-one learning process.

“It’s definitely been impacted,” says Mark Schienberg, president of the Greater New York Auto Dealers Assn. The group runs the Center for Automotive Education and Training in Queens, NY, one of the first facilities of its kind to train dealership personnel, from F&I managers to auto technicians.

“Our campus and a lot of community colleges with auto-tech programs had to go to a hybrid approach by alternating between half the students doing classroom work online and then the other half coming in for the hands-on work,” he tells Wards.

“But it was definitely affected because you couldn’t do the one-on-one training the way you would like to do it. It has impacted us, but at least we are able to continue to function.” New protocols include the wearing of face masks, social distancing and plexiglass partitions.

Pre-COVID, hundreds of students were attending auto-tech classes at the center during three shifts a day, including Saturdays.

Exacerbating today’s tech-training challenge is that many high schools with automotive technology programs closed because of the pandemic. Those are what Schienberg calls “feeder schools” to advanced programs such as Lincoln Tech’s.

“We lost students that would have been coming out of those basic programs and into post-secondary programs such as ours,” he says.

“Dealers are always in need of technicians,” says Schienberg, who chaired a subcommittee that New York’s governor set up on careers in the auto industry.

“A lot of good people are still seeing the need to support young people who want to become auto technicians. My hope is that we don’t skip too much of a beat, and we figure out ways to keep engaged with these young men and women who want to get into the auto industry.” 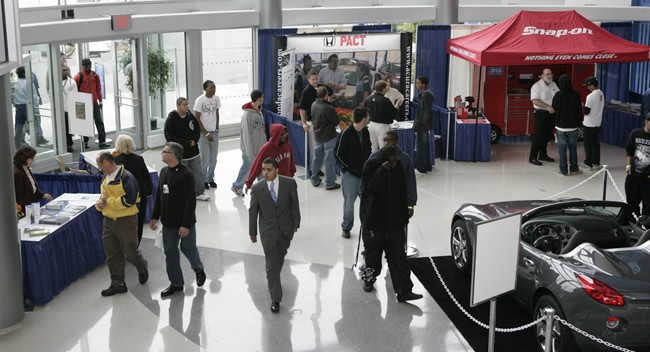 Center for Automotive Education and Training in Queens, NY.

Schienberg adds: “The shortage is there and growing.”

He points to recent surveys indicating the average auto technician’s age is about 47. “That means a lot of people are going to be retiring” – sometimes because they struggle to keep up with the fast-changing modern technology that’s “coming at them so fast.

“You really need that next generation, those younger persons who thrive on and enjoy technology but also enjoy working with their hands.”

That’s particularly the case as the industry moves toward electrification and autonomous vehicles, Schienberg says. “You really do need a strong service workforce and a commitment to helping young people get into the industry.”

In New York and elsewhere in the country, there are efforts to create enhanced apprenticeship programs, not just internships.

“We do internships by putting young people in dealerships during the summer to give them a feel for its environment,” he says. “Apprenticeships go deeper. There is funding behind it. There’s someone at the dealership working with apprentices and giving them the work experience for a longer period than a summer internship.”

His association is working with the New York State and U.S. Departments of Labor on developing more auto-tech apprenticeships.

New York’s Center for Automotive Education and Training also offers a condensed learning program for students who want to get into the work world as quickly as possible.

Schienberg says: “I’m a strong believer in academic studies, but I also understand that many people who want to become an auto technician are looking to get a paycheck as quickly as possible.

“So, with Lincoln Tech we created a 13-month program, working with high schools so the students have a strong base understanding coming in.

“And if they have good attendance and grades, we can put them into a dealership internship program for a number of hours a day. What we’ve done is unique. And it’s worked well.”

For years, the New York dealers association has sponsored an annual contest for high school auto technology students. Held in conjunction with the New York International Auto Show, it is a timed contest in which student teams work on vehicles that are rigged with bugs that participants must find and fix.

This year’s contest will be different because of the pandemic.

“We’ve worked with partners to develop a remote competition,” Schienberg says. “It’s pretty neat. We’ll be putting it out when we’re done with beta testing. We’ll use it for this year’s competition as well as use it as a teaching tool.”