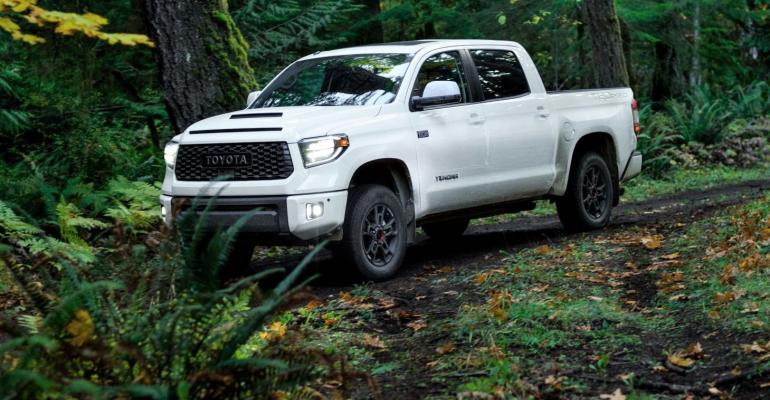 Shortage of Large Pickups Expected Due to COVID-19

Large pickups have continued to sell relatively well compared with other vehicle segments, especially in less-restricted, truck-heavy markets such as Dallas, according to J.D. Power data.

As states relax business shutdowns, customers are returning to showrooms faster than manufacturers can ramp up new-vehicle production, and that’s likely to produce shortages of popular models in some markets, notably large pickup trucks, according to J.D. Power.

“We could have a situation where inventory is very lean,” even though the overall average days-supply may look adequate, says Thomas King, president of the J.D. Power Data & Analytics Division and chief product officer.

“It’s not distributed equally. There are going to be some pockets of constraint,” King says in a webinar this week.

In particular, that could affect large pickups. According to J.D. Power data, large pickups have continued to sell relatively well vs. other vehicle segments, especially in less-restricted, truck-heavy markets like Dallas.

Import brands such as Mercedes-Benz, Hyundai, Kia, BMW, Honda, Tesla, Toyota, Volvo and Subaru all have announced plans to restart U.S. production by this week, and the Detroit 3 are expected to restart beginning Monday, May 18, J.D. Power says.

Industry inventory should be around a 65-days’ supply as production restarts. However, the firm says, “May production will likely be at lower run rates and/or disrupted by supply chain issues once plants re-open.”