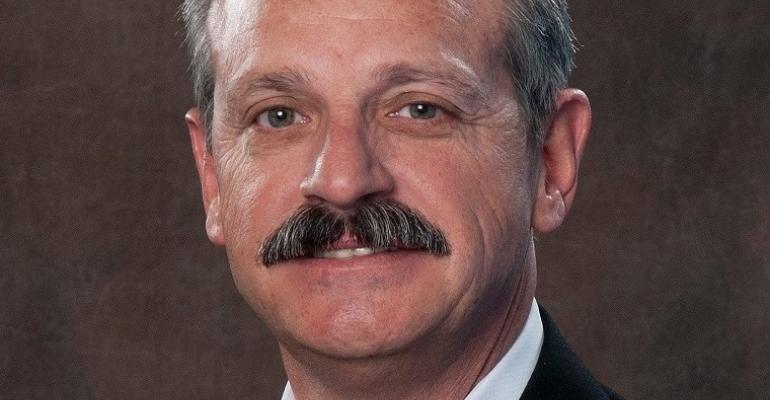 Anyone can step around obstacles, but it takes determination to move them.

In ancient times, a king had a boulder placed on a heavily traveled but narrow roadway along a mountainside.

He then hid in the bushes, watching to see if anyone would try to move the boulder out of the way. Some of the king’s wealthiest merchants and courtiers passed by and simply walked around it.

Many people blamed the king for not keeping the roads clear, but none of them did anything about getting the stone removed.

One day, a peasant came along carrying vegetables. Upon approaching the boulder, he laid down his bundle and tried to push the stone out of the way. After much straining, he finally managed to move it.

After the peasant went back to pick up his vegetables, he noticed a purse lying in the road where the boulder had been. The purse contained gold coins and a note from the king explaining that the gold was for the person who moved the boulder.

A new year bringing challenges is upon us. Challenges are opportunities for us to improve.

This isn’t about new year’s resolutions. Dealership finance and insurance professionals should adjust and fine-tune themselves daily, not wait until a new year.

Self-analysis followed by self-critique should be done on a deal-by-deal basis, and part of that is recognizing obstacles, then formulating an action plan to solve them.

That’s right. Pros always look for ways to improve. They are their own worst critic.

You see, some people believe if there is a large obstacle in their path that they must figure out a way to go over, around or under it. This is true to a certain extent. But there are obstacles we’ve tried to circumvent in the past that need to be moved, too.

I say this because we’re going to tread down that narrow roadway again only to re-face the boulder. Why not move it once and for all?

“What exactly are you talking about, Mad Marv?” you may ask.

I’m saying we need to reassess the obstacles in our way and stop just walking around them as though they’re immovable. In short, quit treating these things like the 800-lbs. gorilla in the room, as though it’s not there.

Got a problem with an inept manager who does things on the sly, such as quoting unrealistic payments, juicing customer income or power booking?

Stop correcting his actions in the F&I office, and instead address this with him head on.

Explain it to him and the general manager. Let them know you’re done cleaning up his mess. Explain the dangers and pitfalls of such bad behavior.

Got a problem with salespeople bringing you checks with outside liens, with no customer turnover to F&I?

It’s time for a come-to-Jesus meeting with the salesperson, sales manager and the GM. Show them how much money is being lost by multiplying your average backend gross profit times the number of those missed opportunities.

It’s easy to identify the things others are doing that make your job difficult. But mustering the courage to deal with them head-on is a wise approach.

And let’s not forget about you.

Because you’re tallying relatively strong per-vehicle-retailed F&I numbers doesn’t always mean you’re doing your best. And shouldn’t that be the goal of every pro?

It’s time to start thinking goal maintenance instead of just goal setting.  Everything we do should be with a plan in mind to maintain what we’ve already committed to.

Start with a serious analysis of every product your dealer wants you to present. Is your emphasis on the products you believe in while ignoring the ones you don’t?  There’s a reason your dealer wants products x,y and z presented. It’s incumbent upon you to do so, no matter your personal opinion.

I get it. It’s hard to make a quality presentation to a customer when you wouldn’t necessarily buy the product yourself. But let me remind you: You’re not the customer and their desire for security is the reason they do buy F&I protection.

Recommit yourself to learning as much as you can about every product you offer by reading the enrollment agreements and engage with your product rep to answer any questions you may have.

It won’t be long before you’ll see an improvement.

Listen, there will always be obstacles in your path. Anyone can step around them. But it takes determination to move them.

Marv Eleazer, author of this “Real F&I" column, is the lead F&I Manager at Langdale Ford in Valdosta, GA. He has 30 years F&I experience. He is the founder of a Facebook group, Ethical F&I Managers™.

Attracting the Best In-Market Shoppers in the COVID Era
Sep 16, 2020