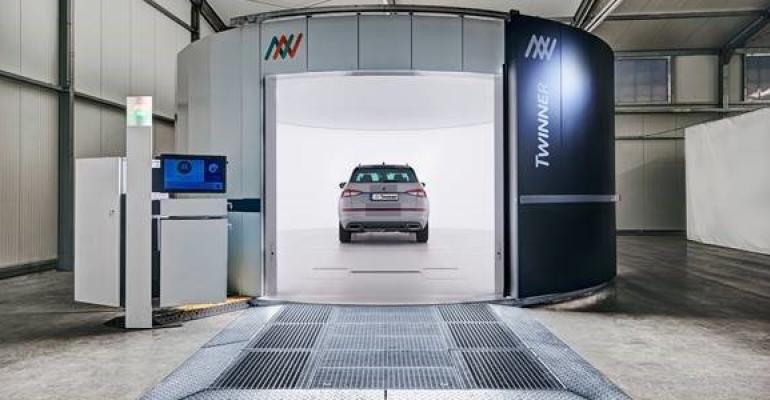 Scanning device allows consumers to see if a car has been in accident from the comfort of their own living room.
Dealers

Germany-based Twinner says the scans can increase used-vehicle turn rates 15% and save dealers money by making it easier to sell cars on the internet.

Twinner’s technology takes a complete scan of a vehicle to create a digital twin that offers internet shoppers a 360-degree view of the vehicle – including its roof, body, interior and underbody, allowing consumers to see if the previously owned vehicle has been repainted due to accidents.

The technology, similar to medical-scanning technology, uses multispectral sensors and lasers to produce the digital twin. A vehicle is simply driven into the machine to get scanned. The dealer can post the results alongside other views of the vehicle as part of its online inventory.

Twinner CEO Silvan Cloud Rath says a dealer group can expect to increase its turn rate 15% on average and save up to $400 per vehicle sold by tapping into the growing trend of online used-car sales. Twinner believes the technology will help independent dealers compete with used-car disruptors such as Carvana and Vroom.

“You can even zoom in and detect scratches on the rim of the wheel or tiny dents on the door,” Rath says of the scanning images.  “We want to increase consumer confidence and trust in digital transactions.”

Dealers won’t be required to buy the scanner; they’ll simply pay for the cost of the scan. Twinner expects to have its first scanners in the U.S. by early next year, though the company has not identified initial locations.