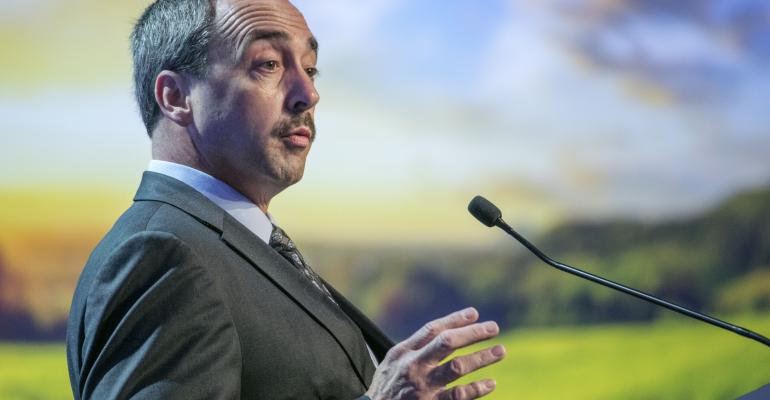 Joe Wilseens/File photo
“I can’t tell you how many people ask, ‘How many dealers will you have and what vehicles are you bringing over?’” says Dominique.
Dealers

PSA Stays Open-Minded as It Readies for North American Comeback

As CEO of the French automaker's new North American unit, Larry Dominique says he is "looking at and for folks who think differently, think new."

MARINA DEL REY, CA – For a planned re-entry into the North American car market, Larry Dominique says his boss, Carlos Tavares, head of French automaker Group PSA, told him, “Don’t get bogged down by the traditional conservatism of the industry.”

Consequently, as PSA North America’s CEO, Dominique is “looking at and for folks who think differently, think new.”

“I can’t tell you how many people ask, ‘How many dealers will you have and what vehicles are you bringing over?’” says Dominique.

He’s not saying at the moment. His role is to develop North American business as a greenfield, which includes sales, distribution, mobility, financing, parts, service, aftermarket and connected services.

Peugeot stopped selling cars in the U.S. in 1992 after years of anemic sales. Yet it is one of Europe’s leading automakers. It also makes bicycles, motorcycles and scooters worldwide.

PSA’s return to North America began with a car-sharing service, Free2Move. It is up and running, peer-to-peer and doesn’t currently include PSA products. It eventually will, and after that PSA plans to resume retailing its products in North America, says Dominique, an industry veteran whose career includes stints at General Motors, Nissan, TrueCar and residual-setter ALG.

He remains open-minded in various ways. For example, he says, “We’re not betting heavily on a single technology or service.”

He envisions mobility access from a single app, whether someone needs transportation for an hour, a day, month or year. “It can be bikes or cars – you name it.”

Automakers tend to buy or acquire holdings and then try to dominate them. “We think we know better,” Dominique says. PSA wants to partner with creative entrepreneurs and learn from them, not boss them around, he says. “Let them go with it.”

He contends some dealership models must change. “Huge dealerships with large inventories will be unsustainable” in coming years.

Although many U.S. dealers are changing with the times, many aren’t, he says. Every dealership department must make money and everything sold must be at a profit, “otherwise, there is deep discounting and relying too much on other departments. You see bad behavior.”

“Carlos says this is a 50-year journey,” Dominique says. “It is stepping into the North American market and not stepping out again.”

Mega-Store Puts All Three PSA Brands Under One Roof
Jun 22, 2017