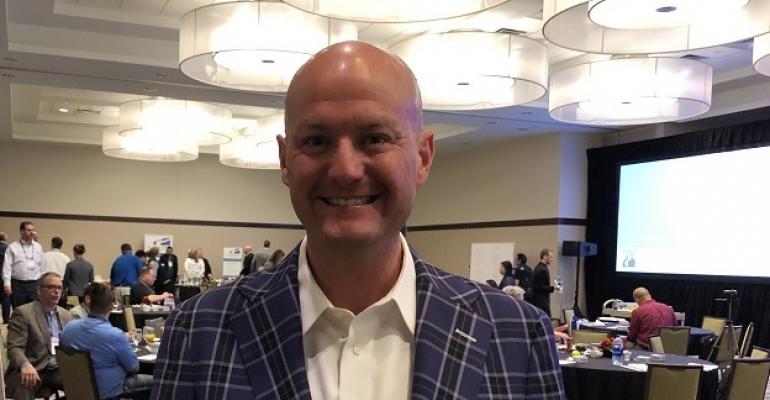 Gasman is big on smiling, staying upbeat and showing genuineness. “If a customer smells ‘commission breath,’ it doesn’t work.”
Dealers

DENVER – Justin Gasman insists he doesn’t work in a box.

“The box” is a term – sometimes used pejoratively – for the F&I office at a car dealership. Gasman dislikes the nickname.

“Even some people at the dealership where I work still call it ‘the box,’” says the finance director of McCaddon Cadillac Buick GMC in Boulder, CO. “It’s not a box. It’s a business office. People come in to conduct business.”

It’s the place where car customers go over financing, sign the mountain of paperwork involved in a car purchase and learn about aftermarket products for sale, such as extended warranty agreements and gap insurance.

Depending how it goes in that office, customer can leave happy or miffed.

“The business office is a key part of the guest experience, and it carries a lasting impression,” says Gasman. “The right person in that office makes it work.”

Car shoppers get what a business office is. They’re less sure about the F&I office. Gasman says, “Customers have asked me, ‘What’s F&I?’”

He grew up in the car business and officially started in it in 2003 after graduating from the University of Colorado-Boulder. He describes a good F&I manager as someone who expects a positive outcome, shows a good attitude and gives a compelling product presentation to customers.

“When they come into my office, they just won two tickets to the magic show,” he says here at an industry conference put on by Ethical F&I Managers, a Facebook group. “It’s showtime, baby.”

He’s big on smiling, staying upbeat and showing genuineness. “If a customer smells ‘commission breath,’ it doesn’t work,” he says.

Nor does adorning the F&I office with brochures and marketing materials, he adds. “It shouldn’t look like a sales office.”

To Gasman, preparation is an underrated quality. “Being prepared reduces stress and increases confidence.” That said, dealership days don’t always go well or as planned. On those off-occasions, “be flexible and move along.”

Customers sometimes enter the F&I office with their guard up. But mostly, they want to enter a professional manager’s office and conduct business, Gasman says. “I try to make them comfortable. It’s not a manipulation technique. It’s putting people at ease.”

One way he loosens them up is to play background music. He plays the music they request. If they don’t have a preference, he defaults to ‘Rhapsody in Blue,’ a George Gershwin classic.

“I had an older couple in, and the woman wanted to hear ‘The Boogie Woogie Bugle Boy,’ Gasman says, referring to an oldie but goodie, vintage 1941.