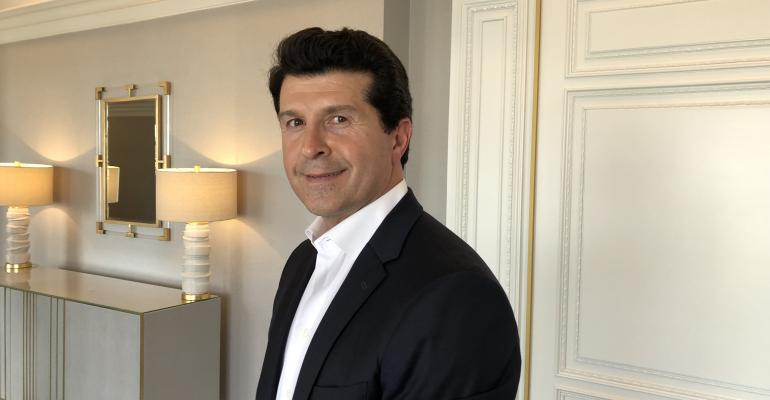 “When you are using someone else’s money, $30 million might not seem like a lot, but to me it’s a lot of money,” Joe Shuster says of his plans to build a replacement dealership.
Dealers

LOS ANGELES – Joe Shuster was the general manager of a Honda dealership in Queens, NY, when in 2011 he was offered a chance to buy a store of his own in downtown Los Angeles.

He had never been to L.A. As a New Yorker, “‘downtown’ meant Tribeca and Battery Park,” Manhattan neighborhoods. It didn’t mean urban wasteland, which is what stretches of downtown L.A. were at the time.

Even when he learned Honda of Downtown Los Angeles was in one of those squalid spots, Shuster stayed interested.

He took the challenge. He and partners Ted Bessen and Sean Wolfington bought the dealership’s assets from bankruptcy court in 2011.

“I moved across the country and reopened a dealership that had broken and boarded-up windows,” he says, recalling that some people called him crazy.

He recruited fellow New Yorkers to make the cross-country trip with him and work at the store. He pays salespeople hourly wages (plus sales bonuses) rather than strictly commissions on gross profit, the latter a compensation plan that can cause bad behavior.

He also allows customers to take unaccompanied day-long test drives. The idea is to use the demo vehicle as they would in a routine day to get a better feel for it.

Someone asked Shuster what would happen if a customer didn’t bring the car back. His response: “We call the police.”

In recent years, downtown L.A. has undergone something of a metamorphosis. Building construction is widespread. Redevelopment is rapid. Trendy shops and restaurants abound, especially around the Staples Center sports arena.

Plans include a 60-ft. (18-m) digital billboard on an outside wall, solar power, showers for auto technicians and digital kiosks that provide vehicle information to customers.

The site is near the University of Southern California and the historic Memorial Coliseum sports stadium. “The Olympics are coming to L.A. (in 2028) and I’ll be right across the street,” Shuster says during a presentation at the Thought Leadership Summits’ annual automotive customer experience conference here.

Shuster, 45, wasn’t born into auto retailing, but he started early. In the 1990s, he was waiting on tables and tending bar at a restaurant to cover University of Maryland tuition costs. A patron from a local dealership who was impressed with his hustle and friendliness left his business card and suggested he sell cars.

He returned to New York after graduation to work as a junior Wall Street broker. But he realized his real love was auto retailing. He landed a sales manager job at Paragon Honda in Queens, where he says he was exposed to some of the best leaders in auto retailing. He credits Paragon for much of what he has learned in the business.

He was general manager at Hillside Honda across town from Paragon when he learned the troubled Honda of Downtown Los Angles was for sale.

Despite his brick-and-mortar commitment as evidenced by the facility currently under construction, he vows his new store also will appeal to Internet shoppers when it opens early next year.

“If the customer decides never to come to the dealership, that’s OK,” Shuster says. Yet he cites a Cox Automotive survey indicating 84% of automotive consumers who shop and research online still want to go to a dealership at some point. Moreover, 73% says they are willing to drive farther to do business with a great salesperson.

Be flexible in your process, learn to adapt and be on the lookout for new trends (but not fads), he advises. “No matter how business evolves, we’ll be ready.”