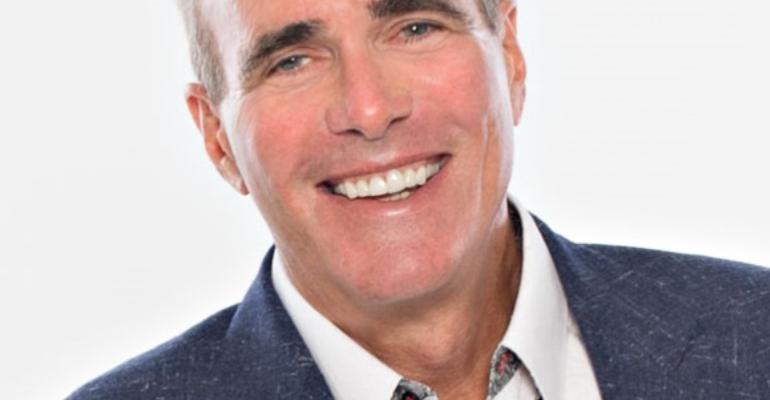 “We looked at each other and said, ‘Holy cow,’” Pollak says of his development team’s reaction to an analysis indicating dealers' flawed pricing of vehicles.
Dealers

For nearly a century, auto dealers have looked to the calendar to determine the pricing and re-pricing of vehicles on their used car lots. The more days a vehicle stays put unsold, the less it supposedly is worth. Markdowns often ensue to dispose of the so-called brown or, worse, black bananas.

But Dale Pollak, founder of inventory-management software provider vAuto, is urging dealers to ditch the calendar in that regard. It may serve as a time aid for keeping appointments and remembering birthdays. But he says the calendar – or measured time – is a faulty way to manage used-car inventory.

“For the past 100 years, we’ve assumed the amount of time you hold a car relates to the profit it holds,” he tells Wards. “That’s a false assumption. “Yet it is the foundation for every decision of consequence regarding a used car.”

His company has developed what Pollak describes as a revolutionary data-crunching product that is a more accurate way to manage vehicle inventory and address today’s compressed margins.

Called ProfitTime, the software determines vehicle worth and profitability not by days spent on the lot but by other factors.

It ranks vehicles as Platinum, Gold, Silver or Bronze, which vAuto says better reflects true worth and aids in appraising, pricing and merchandising.

“It feels like we discovered a hole in the universe,” says Pollak who also serves as executive vice president of Cox Automotive, vAuto’s parent company.

He adds: “Our journey to ProfitTime began as we asked ourselves a critical question. ‘What can we do differently to help dealers minimize, if not stop, the advance of margin compression in used vehicles?’

“Our efforts to answer this question led us to a way to measure and predict each vehicle’s investment potential and an even bigger understanding that, in today’s market, success in used vehicles isn’t only about inventory turns anymore.”

After validation testing, the team applied the investment score algorithm to nearly 1 million vehicles in inventories at more than 11,700 U.S. dealerships that are vAuto clients.

“We ran the analysis twice because we couldn’t believe what we found,” says Chris Stutsman, vAuto’s senior director-product innovation.

“We saw a nearly uniform investment inversion across almost every dealer’s inventory. Dealers were managing their best investments, or Platinum cars, like they were their worst investments.

How is that possible?

“Good question,” Pollak says. “We looked at each other and said, ‘Holy cow.’

“There are two reasons. One, dealers are making decisions on vehicles on the faulty measurement of calendar days, equating that with a vehicle’s profitability. But vehicles age differently.”

Back to the banana analogy, Pollak says a dealer may put two cars on the used-car lot at the same time. One, say a trade-in, can be a brown or black banana from the first day (even though the calendar is saying otherwise) while the other may start out as a green banana and still be that on day 30 because of its greater marketplace prospects.

“The other reason is dealers don’t have machines making pricing, appraisal and acquisition decisions. They have people doing that.

“It is human nature to be a loss avoider. You price a black banana high, hoping to avoid the loss and hoping someone comes along and pays too much for it.”

But used-car departments need to turn inventory at a respectable rate, he adds. “Where do they go to get unit volume and turn? They go to their platinum and gold cars, and price them too cheaply.

“Our testing indicated 100% of dealers are doing that. Then they are wondering why they’re having trouble making money on used cars.”

The findings appear compelling enough to restart the clock.

Looking at that data, “was our ‘wow’ moment,” Pollak says. “The calendar doesn’t recognize if a car is a bad investment from day 1. From the calendar’s perspective, it’s a fresh car, and full of gross.

“Similarly, the calendar can’t recognize that time compresses margins on vehicles at different rates, given their individual investment values and standing in the market.”

Pollak has high hopes for ProfitTime. “We’re going to change the way a 100-year-old industry makes decisions on used cars. I’ve shown this to some of the smartest dealers in the world. It was a pin-drop moment.”

“ProfitTime gives us a better way to know which vehicles deserve more time in our inventories and those that don’t based on their investment value,” says Scott James, president and CEO of Mike Shaw Automotive.

How does Pollak think rank-and-file dealers will react to vAuto’s topsy-turvy findings and ProfitTime itself when it debuts at the National Automobile Dealers Assn. Convention and Exposition in January?

“It is a cultural shift,” he says. “Some people will get it. Others won’t know what to say about it.”

Sponsored Content
Five Opportunities for Your Dealership in 2021
Jan 14, 2021