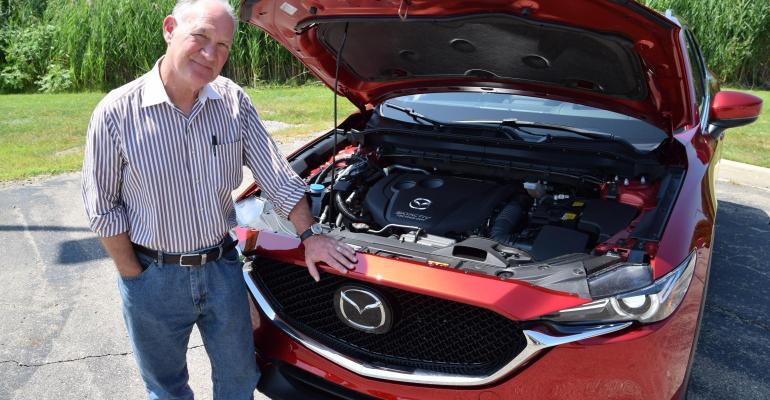 Tom Murphy/Wards
Steve Finlay with a Mazda CX-5 Diesel shortly after it was introduced to the U.S. market in 2019.
Dealers

It dawned on me: I had no clue as to how to do this job. I sought specifics from my father. His reply: “Make a contribution.” What?

I’ve had two jobs in my journalism career. I got both because of a “dad” connection. I say that sheepishly in one sense, proudly in another.

Either way, I’ve thought about it as I prepared to retire from a 48-year run.

I’m a second-generation journalist. My father, Bob Finlay, was editor of Automotive News in Detroit.

In 1972, as I neared college graduation, I started considering what I might do for a living. I almost became a police officer, because while going to school I worked as a dispatcher/cadet/go-fer at my hometown police department. Then I thought about going into the foreign service. That idea lasted about 10 minutes.

But in an epiphany, I decided to become a reporter. There were two problems though. I had no journalism experience. I took no journalism classes. Even so, I applied at my local paper, The Royal Oak Daily Tribune in metro Detroit.

At one point during the job interview, the gruff editor, referring to my father, said, “Don’t be ashamed that you have a connection.” I thought, “I never was ashamed of that. Until. Right. Now.”

Before I went to work as a cub reporter, it dawned on me: I had no clue as to how to do this job. I sought specifics from my father. His reply: “Make a contribution.” 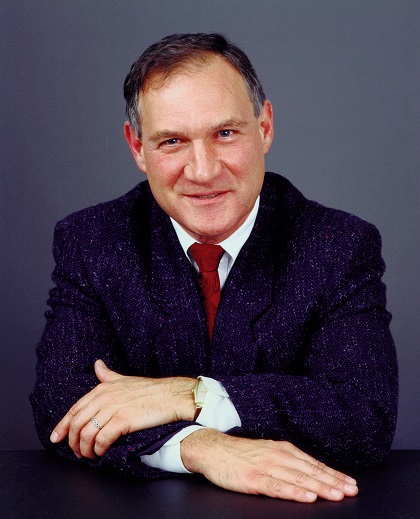 Looking back, he was right. It was wonderful advice. Trust me, my journalism journey had long learning curves. But the essence of journalism is learning, asking the right questions, knowing what you don’t know and then working to know it. Essentially, you are a student for life. And of life. (author, left, pictured in 2001).

I spent 25 years at the Tribune, striving throughout to contribute. I was the city editor when I ran into Dave Smith, who at the time headed the Wards editorial department.

He told me: “I loved your late father. He was a gentleman. I know you’ve been at the Tribune for a long time, but would you be interested in working for Wards?”

I suspected that had Dave Smith not known Bob Finlay as a fellow member of the Detroit automotive press corps, I would not have been offered a job at Wards. Thanks again, dad.

I joined Wards in 1997. It was like starting anew. That’s because I had no automotive journalism experience. Sure, I knew a lot of people connected to and in the auto industry. Who doesn’t in Detroit? But knowing the industry’s ins and outs enough to report on them? Once again, I was clueless.

At Wards, I encountered an amazing talent pool of knowledgeable automotive journalists and data experts. They were so smart, I thought, “What am I doing here?” It wasn’t false modesty.

My first assignment was to interview people from automotive supplier Delphi. We met at the Delphi booth at a Society of Automotive Engineers event. There were three executives and a PR representative.

I opened the interview saying, “So, what exactly is Delphi?” In unison, four mouths dropped and eight eyes widened. Noticeably.

But after they recovered from the prospect that this oblivious guy was about to write a story about their company, they patiently guided me through. During the ensuing crash-course interview, I learned a lot about Delphi. Enough to write a story that wasn’t filled with holes, anyway. 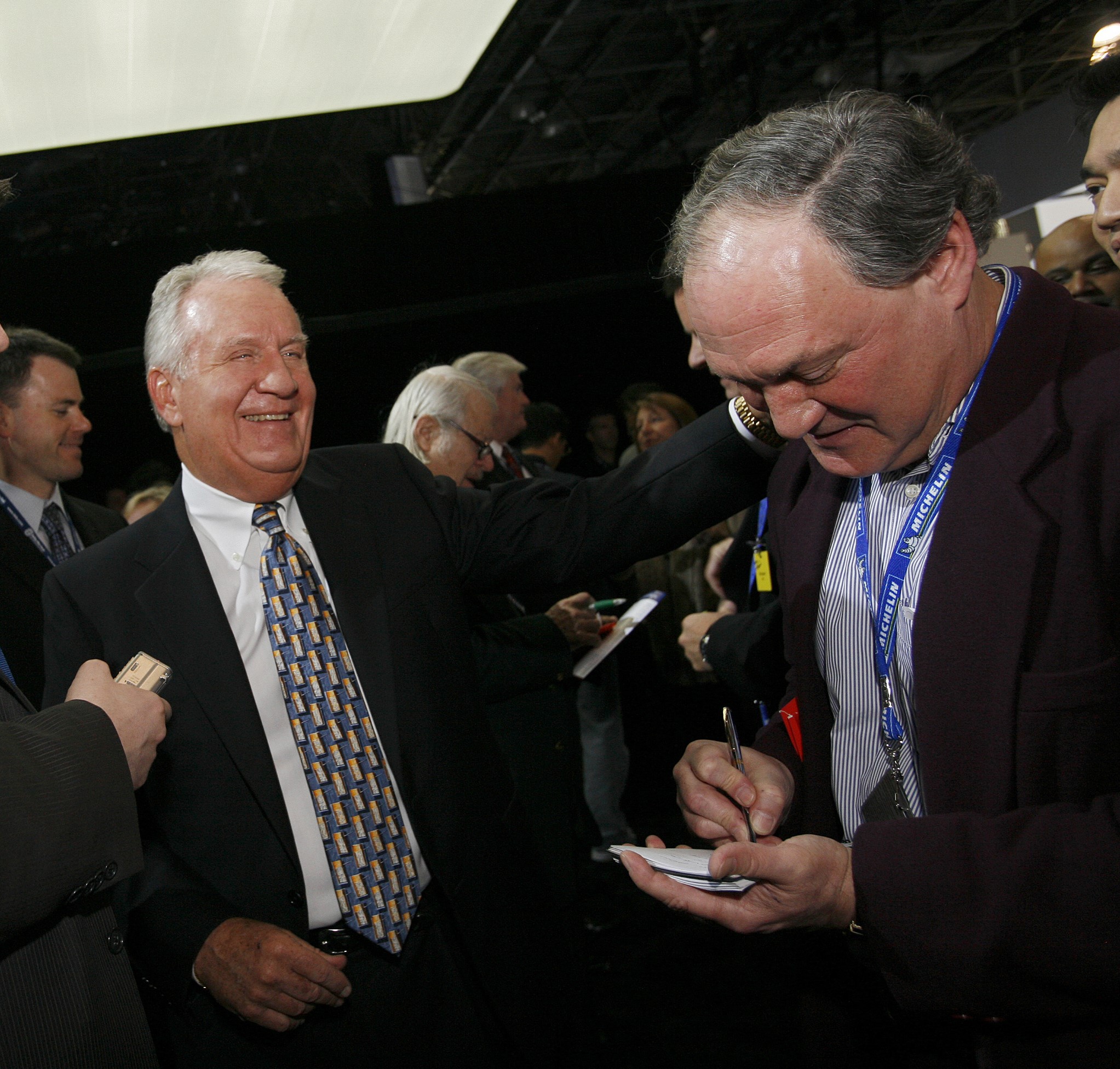 It didn’t take long to become fascinated by the auto industry. There was much to cover. Beat journalists cover specific parts of it, including engineering, design, manufacturing, product development, powertrain, marketing, financials and, of course, sales.

Over the years, I tried to keep a finger in all aspects of our coverage, but my main assignment was auto retailing. I got the dealer beat and was editor of Wards Dealer Business magazine.

Auto retailing alone offers so many business angles to report on. They include new-car sales, used-car sales (the market for which often is the more dynamic of the two), auto lending, insurance, advertising, fixed operations, customer relations and dealer-manufacturer relations, which can run hot and cold.

They were arctic in the early 2000s when Ford launched a venture to own dealerships in certain markets. Dealers went nuts about that. The experiment bombed. But it showed something: Automakers are good at making cars, but it’s best to leave selling them to the experts, to wit: the dealers.

I’ve met hundreds of dealers in my 23 years at Wards. Some run large, multi-franchise auto groups. Others own small single-point stores. Invariably, they know their stuff. Moreover, they – and people in ancillary businesses that orbit the dealership world – have generously shared their knowledge with me.

The same goes for my Wards colleagues. As I said, they are smart. And they readily share what they know. They are unflaggingly civil and professional. Everyone knows what to do. And they do it, not always effortlessly because many of their projects require hard work, talent and brain power. But they get the missions accomplished while staying gracious, amicable and grounded. 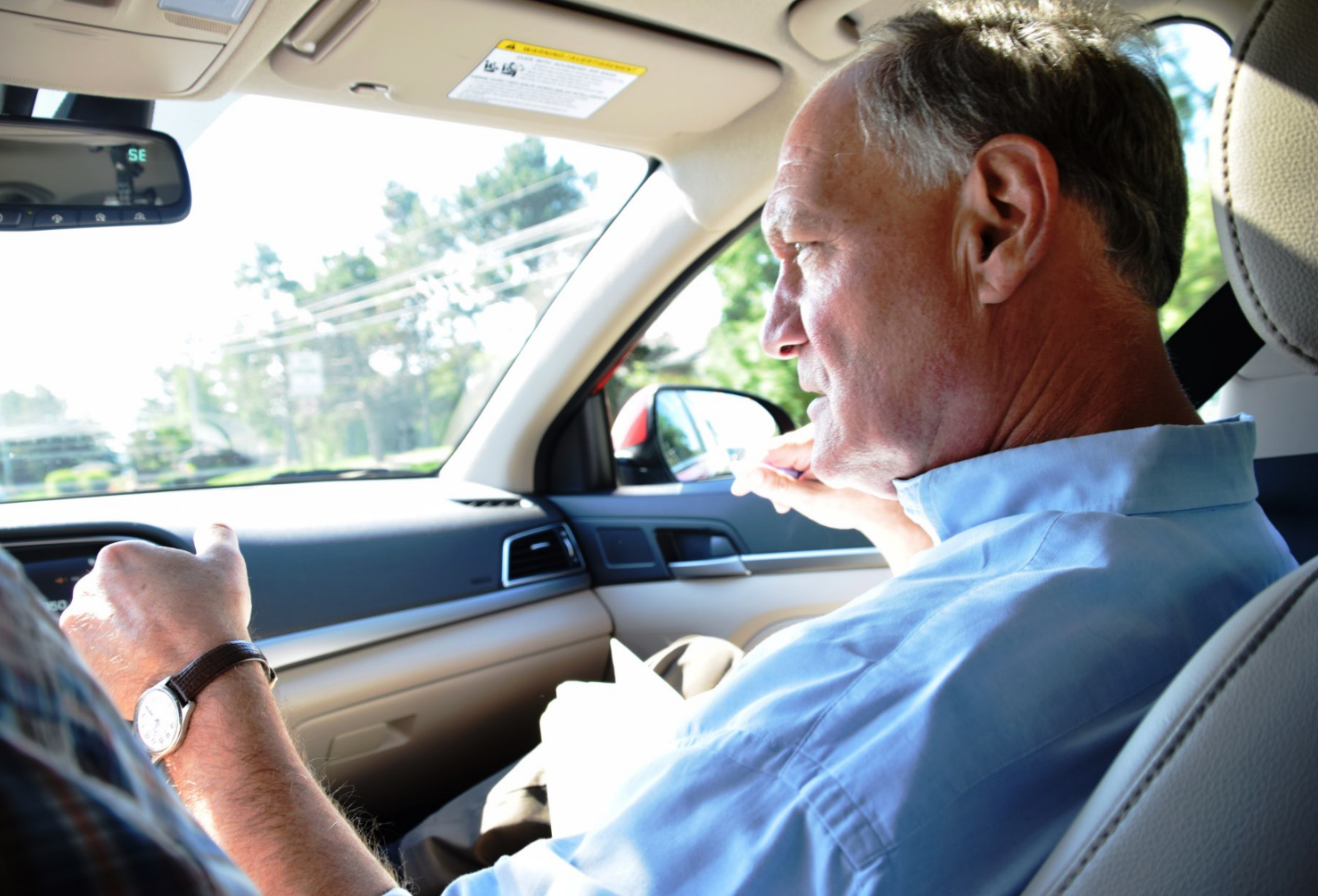 In keeping the world informed about the auto industry and its future, they make a contribution. I sure admire that.

Steve Finlay (pictured, left) is a retired senior editor at Wards. He can be reached at [email protected]