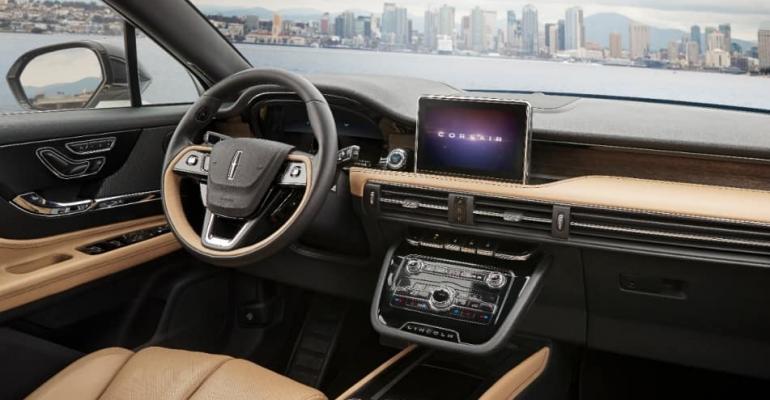 Lincoln calls its new Corsair “a sanctuary for the senses.” Nearly 85% of surveyed premium car owners say they want an auto interior that’s a sanctuary.
Dealers

A Pinterest survey delves into what motivates premium car purchasers.

LAS VEGAS – Young people who can afford luxury vehicles are more likely than their elders to buy them as status symbols, a survey indicates.

Up-and-coming affluents often seek to prove they’ve arrived. Exhibit A is the vehicle they drive.

“Young luxury car buyers tend to be status seekers more than people who are older and more established,” John Gray tells Wards. He leads industry strategy-automotive for Pinterest, a social media platform that did the survey.

With the exception of some youthful consumers who are enamored by, say, Mercedes-Benz and BMW logos (and will pay extra for vehicles that sport them), it’s a “myth” that the typical person who purchases a premium vehicle does so to show off their affluency, says Gray. He cites the survey of 2,000 Pinterest users and others in the U.S.

The consumer research sought to discover “the unique taste” of luxury-car buyers and what inspires them.

Pinterest users digitally share photos and videos of their interests, tastes and lifestyles. The network’s goal is to connect people “through the ‘things’ they find interesting,” ranging from vehicles to home decor.

The survey indicates 77% of respondents purchased a luxury vehicle to achieve a goal and 84% viewed their purchase as an extension of their lives. Eighty-four percent also consider their vehicle interior a “sanctuary.”

Lincoln, Ford’s luxury brand, has picked up on the latter by touting the interior quietness and serenity of its latest models, such as the all-new Corsair.

Lincoln executives and engineers used the word “sanctuary” throughout a recent media preview of that compact CUV.

“Lincoln is a state of mind,” Weber says.

The brand over the past couple of years has dropped what Weber calls “an alphabet soup” nomenclature in vehicle-naming. For example, the Corsair replaces the MKC and the Nautilus succeeds the MKX.

The idea of using the initials was largely to put emphasis on the overall brand itself. That thinking has changed.

“We want to use real names, not letters and initials,” Weber says. “Before, a lot of owners didn’t know their vehicles’ name. If you don’t have an actual name, how real are you?”

Lincoln once ranked No.2 behind Cadillac in the U.S. luxury-vehicle segment.

Weber says Lincoln is determined to “repair the damage” and restore its brand strength. 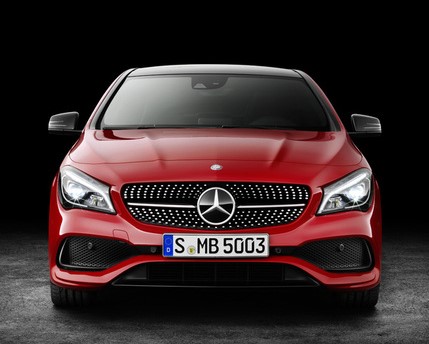 The German automaker priced the new vehicle at a relatively affordable base price of $29,000. It was an instant hit. U.S. deliveries totalled 22,556 units last year, according to Wards Intelligence.

With many young premium-car buyers, it’s not all about product, according to Pinterest research that says they are drawn to brands that innovate, communicate and engage in ways that reflect their preferences.