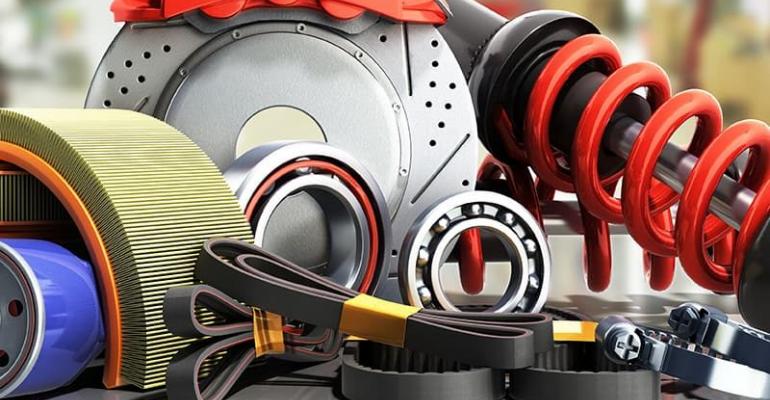 Despite large gains in parts and service revenue, the recovery from the lows experienced in 2020 because of pandemic shutdowns continued to be slow for warranty work and for collision repair.

The six biggest publicly traded, new-vehicle megadealer groups report large gains in parts and service revenue for the fourth quarter and for full-year 2021.

“The demand is there,” CEO David Smith of Sonic Automotive says in a phone interview following a conference call to announce fourth-quarter earnings.

Sonic, based in Charlotte, NC, reports fourth-quarter revenue for parts, service and collision repair for its franchised dealerships of $333.2 million on a same-store basis, an increase of 8.7% vs. the year-ago quarter. Revenues for all of 2021 were $1.3 billion, up 12.2%. That’s not counting Sonic’s EchoPark used-car-only locations.

Like its competitors, Sonic reports the increase in parts and service came primarily from customer-pay work. The recovery from the lows experienced in 2020 because of pandemic shutdowns continued to be slow for warranty work and for collision repair.

For franchised dealerships, Sonic says its same-store, customer-pay gross profit increased 18.3% in the fourth quarter, while warranty gross profit was down 13.6% vs. a year ago.

“That’s hard for us to control,” Smith says of warranty work. Parts availability is part of the problem, he says.

Asbury Automotive of Duluth, GA, reports separately that while its parts and service revenue increased 13.3% in the quarter, within that number its customer-pay revenue rose 17% and its warranty revenue dropped 19%.

Dan Clara, senior vice president of operations, says in a conference call an increase in customers making their own service appointments online was a big contributor in the fourth quarter. “We achieved over 149,000 online service appointments, an all-time record and a 16% increase over the prior-year quarter,” he says.

Compared with other service customers, those who make online appointments have higher service retention, higher margins and report a better experience, Clara says.

Besides the lag in warranty work, retailers report an uptick in technicians calling in sick, which they attribute to the Omicron variant of the COVID-19 pandemic.

Due to “unplanned absenteeism,” AutoNation of Fort Lauderdale, FL, finds itself running behind on internal reconditioning work on used cars because it is devoting scarce technicians to customer-pay work, CEO Michael Manley says.

“One of the most precious resources we have is our technical labor,” he says.

“I think the biggest impact on fixed operations is the impact that COVID has had on fixed ops, from the technicians when they’ve been out sick,” he says. “That has been a challenge for us. Certainly, the work backs up because we don’t have enough people.”