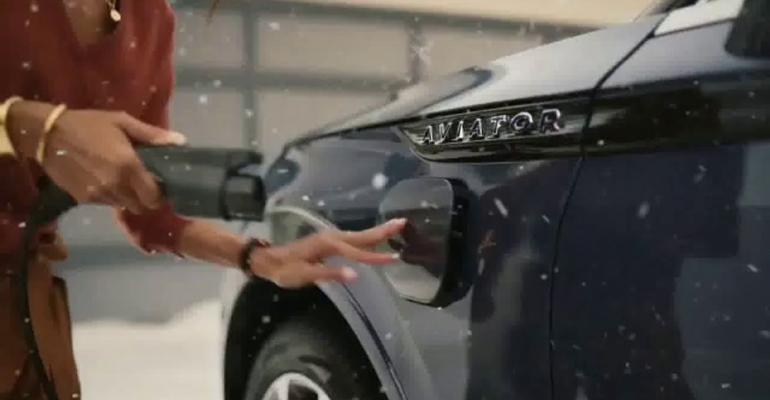 Lincoln Gets ‘Unexpected’ Boost to Top Auto Ad of the Week

Lincoln's new commercial, a celebration of snow amid palm trees, is the first ad in the top position in recent weeks not to have leaned on football programming to deliver impressions.

Lincoln returns with the most-viewed automotive commercial for Nov. 15-21 with its new “Wish List Event: Unexpected” ad showcasing the electric Aviator and featuring the song “It’s a Most Unusual Day” by Beverly Kenney.

The ranking of automotive spots is compiled by iSpot.tv, the always-on TV ad measurement and attribution company, which tracks the ads generating the highest number of impressions across national broadcast and cable TV airings.

Lincoln's new commercial is the first ad in the top position in recent weeks not to have leaned on football programming to deliver impressions. Instead, the ad drew from morning news shows like Today (which delivered the most impressions), Good Morning America, and Fox & Friends, as well evening news like Fox News Primetime and Hannity.

Also new to the list this week is a new ad from Jeep, “The Best Things,” in fourth place. The ad for the Grand Wagoneer also received most of its impressions from the Today show, but spent the most on college football. Viewers were drawn in by the ad’s creativity, with its visual scenes named the “single best thing” about the ad, according to iSpot’s Ace Metrix survey data.

The Lexus ad “Busted” rises two positions to No. 2 over last week, backed by an increased estimated national spend of $1.5 million. Sports programming like college football and SportsCenter delivered the views and also received the highest share of the ad’s budget.

“Busted” is a viewer favorite as well, scoring 4% higher than the industry norm for “watchability” in Ace Metrix surveys, and 6.2% higher for “likeability.” The “single best thing” about the ad, according to viewers, is the characters at 20% (vs. the industry average of 5% for the category).

Rounding out the list, both Honda and Ram remain contenders in spots three and five, respectively, both relying heavily on college football and the NFL for their impressions (and budget targets).