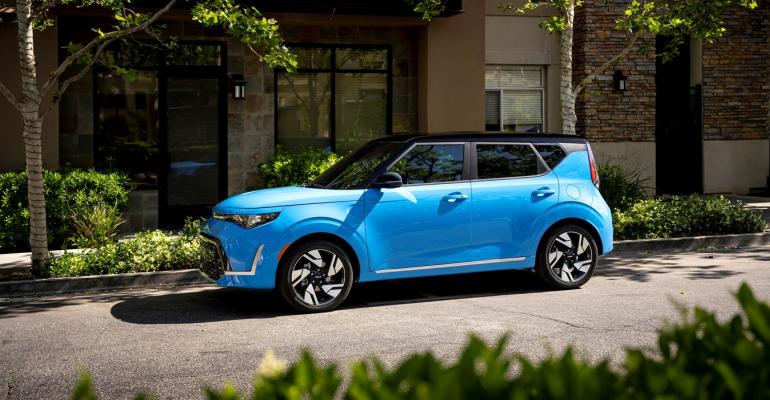 And though Kia publicly commits to battery-electric vehicles, there is no Soul BEV to replace the last Kia EV that rolled out in 2019.

The genuine surprise, though, is that the refreshed Soul, which ranks top in its segment – ahead of Nissan’s Versa and Kia’s own Rio, according to Wards Intelligence sales data – has lost some of its exterior soulfulness. Gone are the sizeable fog lamps, curvy door panels, slim headlamps and other distinctive features.

The new model is box-like, almost harkening back to the Chevrolet Chevette that went out of production in 1987. The Soul's new rear bumper is unremarkable, though the “S” curved taillights add some flair.

Other features include a Harman Kardon premium audio system accessed through the 10.25- in. (26-cm) color touchscreen, multi-colored LED speaker illumination that pulses along with the beat, heated front seats and Forward Collision Avoidance Assist with Junction Turning capability.

The new Soul arrives at dealerships later this summer.