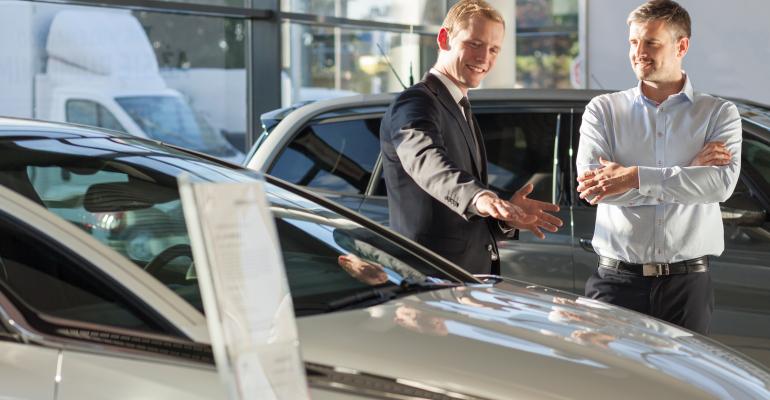 “For retailers, this should be the best year ever,” says Tyson Jominy, vice president-Data & Analytics, for J.D. Power. “(Tight) inventory is driving the pricing dynamic. We don’t expect to see that improve until at the earliest, in Q4 of this year.”

“For retailers, this should be the best year ever,” Jominy says at the 35th Annual Automotive Outlook Conference hosted online by the Society of Automotive Analysts.

“Inventory is driving the pricing dynamic,” he says. “We don’t expect to see that improve until at the earliest, in Q4 of this year.”

Realistically, it’s probably going to be more than a year from now, in the spring of 2023, before the ongoing computer chip shortage and other supply-chain problems improve to the point where the auto retail industry can even begin to satisfy pent-up demand and rebuild inventory faster than new vehicles are sold, Jominy says.

Meanwhile, dealers probably will continue to make an average gross profit of more than $3,000 per new vehicle, Jominy says. The average, new-vehicle transaction price in December 2021 was a record $45,300, an increase of more than $10,000 vs. December 2019, before the COVID-19 pandemic, he says.

“Massive pent-up demand” is a big tailwind for U.S. light-vehicle sales, Buckberg says. She estimates about 4 million units couldn’t be built in 2020 and 2021 because of the pandemic, the computer chip shortage and other supply-chain bottlenecks.

Most of those purchases were likely postponed, not canceled, Buckberg says. “People who rely on a vehicle are perhaps only more reliant” than they were before the pandemic, she says.

Meanwhile, interest rates and fuel prices are still low by historical standards, even if there have been increases. In addition, used vehicles aren’t necessarily a good alternative, because in percentage terms, used-vehicle prices have seen an even bigger increase than new, Buckberg says.