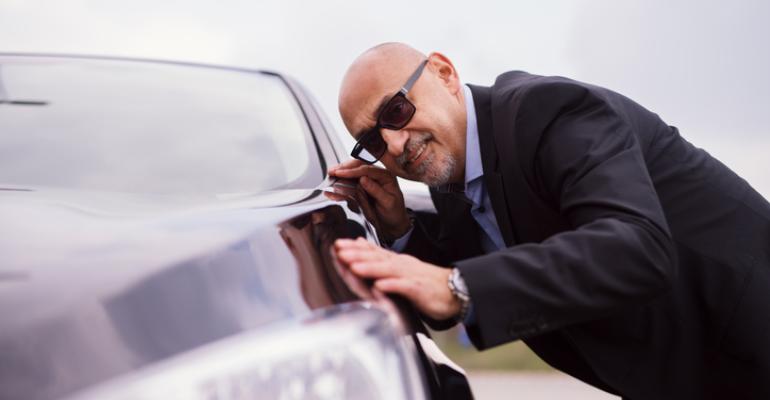 Getty Images
No two used cars are the same.
Dealers

If a Car’s a Star, Say So in Creative Inventory Listings

Some used cars are stars, but many shoppers wouldn’t know it from the bland way vehicles are described in the inventory lineup at many dealerships.

That’s what auto-retailing veteran Robert Grill says in describing “the No.1 mistake” of used-car departments.

It goes back to the industry axiom that no two pre-owned cars are the same. There is no used-car factory churning out models with the same mileage and in identical conditions.

“But we’ve made them all look the same” when online vehicle listings lack creative descriptions, says Grill (pictured, below left), a senior manager at Carfax, which compiles vehicle accident histories.

When inventory listings are limited to the equivalent of name, rank and serial number, “the customer can’t tell the differences,” he says at an American International Automobile Dealers Assn. webinar.

Consequently, a vehicle that merits standout treatment can get lost in the shuffle – and not fetch the higher retail price it deserves.

Grill urges dealers to maximize profits by descriptively touting a vehicle that deserves a higher sticker price. “Show and tell it. Otherwise, it just looks overpriced.”

“Every car has a story,” concurs webinar participant Mike Rossman, a consultant and retired vice president-sales at AutoNation, the country’s largest dealership chain.

“It’s how you paint that story that brings customers in,” he says. “The sales team must know that story – and tell it.”

For instance, a one-owner car “definitely is worth more than one that has had multiple owners,” says Grill, who began his automotive career as a car salesman on New Year’s Day in 1986.

The ante also is upped when a car is accident-free and comes with a documented service history.

Some of those details are superfluous in inventory listings, he says. “There is not a vehicle today without power steering, electronic door locks and air conditioning, so why put those things in there?”

He cites a well-done vehicle description that goes something like this:

“Just arrived: this beautiful personally leased, accident-free, 1-owner 2019 Toyota Highlander. We leased this to the original owner who liked doing business with us so much that our Toyota-certified mechanics have taken care of it its whole life.”

Another well-done vehicle description he cites manages to turn a negative into a positive: “This vehicle is so nice-looking, it was briefly stolen and had minor cosmetic damage that we repaired at the dealership.”

Many shoppers suffer from sticker shock these days because demand has outpaced supply. Parts shortages have forced automakers to cut production that has, in turn, increased new-car transaction prices. In a ripple effect, used-car prices have gone up, too.

But demand is softening somewhat, and prices are coming down, says webinar participant Doug Hadden, a vice president at ACV Auctions.

“Prices are sliding slowly to – I hate to use the word – normality,” he says. “They are headed for a soft landing.”