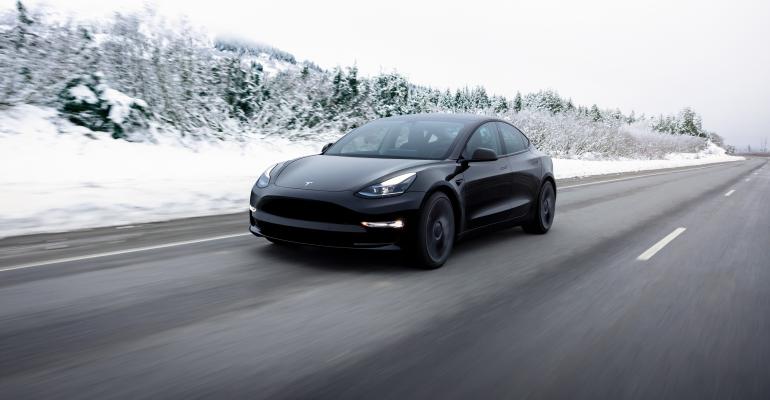 Tesla
Tesla is the EV market leader – for now.
Dealers

How to Sell Battery-Electric Vehicles to Skeptical Customers

Dealership buy-in is considered an important element to the prospects of EV market success.

When it eventually comes to high-volume electric-vehicle sales, auto dealers will tackle the task. But it will take getting up to speed first.

So says Stephanie Brinley, an auto analyst at S&P Global, during an Automotive Press Assn. online panel discussion on automotive trends, including what’s ahead when BEVs break out of their niche status and enter the mainstream market.

“Dealers will find their own way and figure out how to (sell battery-electric vehicles),” she says. “There is a lot to learn on the retail side.”

Dealership buy-in is considered important to the prospects of BEVs ultimately replacing cars with internal combustion engines as consumers’ vehicle of choice.

“Dealers will eventually get it,” Brinley says of BEV selling skills. “They must be able to answer customer questions. There will be a lot of consumers who are confused.”

“Tomorrow, education will be a huge issue,” he says, adding that’s where dealers come in.

Today so-called early adaptors who are keen on electric-vehicle ownership are “delighted to sit (with a salesperson) for 40 minutes and hear about BEVs,” Phelan says.

But that group contrasts with many other current consumers who are less knowledgeable about BEVs– and have yet to warm up to the idea of buying one.

Selling BEVs now is relatively easy because salespeople are interacting with people who enthusiastically want one.

Later on, detailing the ins and outs of BEVs “will be harder to explain” to the average consumer, Phelan says.

BEV market share as a percentage of all vehicle sales were fractional in recent years (generally between 2% and 5%, according to Cox Automotive). But global BEV sales are increasing, spurred largely by government incentives and by automakers introducing more and more electrified products.

Yet even though BEV sales are growing, hordes of consumers are not yet clamoring for them. The buzz BEVs get today is not commensurate with their market share.

“They are hot, but still in the innovator stage,” Brinley says.

BloombergNEF reports there now are 30 million BEVs on the road, triple since 2020.

Tesla is the BEV market leader. Accordingly, it’s the company with a target on its back as traditional automakers such as General Motors, Ford, Volkswagen and Hyundai up their BEV game with new and planned vehicle introductions.

“Set aside that Elon has set himself on fire,” says Phelan, referring to Tesla CEO Elon Musk’s eye-raising remarks of late, especially related to his acquisition of Twitter. “Tesla now has competition.”

Phelan predicts Tesla’s market share “will sink dramatically over the years because that is what happens when there are more (product) choices. Tesla has loyal owners, but the deck is stacked against it.”

That said, “Tesla has shown you can build and sell BEVs that are exciting” not just glorified golf carts, Phelan adds.

Brinley says that for the next few years Tesla will enjoy a production advantage because its BEV factory in California has been up and running for years now.

But Fisher says other automakers who are expanding their lineups with BEVs “can work out the growing pains.” Making BEVs “is not rocket science.”

Franchised dealer trade associations emphasize that most of their members are embracing the impending BEV age.

BEV talk was a hot topic at last year’s National Automobile Dealers Assn. convention. More of the same is expected at this year’s NADA gathering in Dallas in late January.