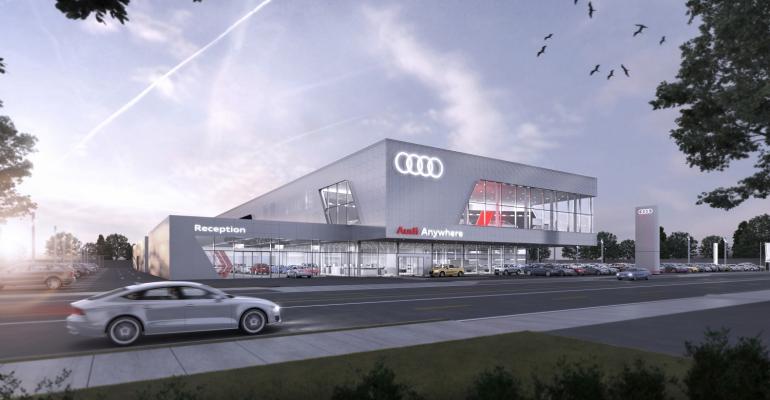 “Audi wants to support dealers when they need it, but we don’t want to be heavy-handed,” says Dominguez.
Dealers

‘Hello, I’m Your Car Dealership Salesperson, and You Are…’

Auto dealers shouldn’t immediately ask for customers’ name, rank and serial number, but they should get the name, says Audi’s Demian Dominguez.

“I’ve done my own mystery shopping,” he says. One peeve from doing that is when the salesperson fails to ask for a name.

“I don’t want to jump on people, but why not ask for the customer’s name after you’ve identified yourself?” Dominguez, Audi’s manager-Audi Experience, says at a recent Thought Leadership Summits automotive conference centered on customer experience.

It’s not that the salesperson should officiously demand for photo ID. But asking a shopper his or her name can break the ice and get the sales process off to a good start.

Getting all car salespeople up to speed all the time on best CX practices isn’t easy because of that position’s high job turnover. It’s about 70% annually nationwide, according to the National Automobile Dealers Assn.

“Losing 70% makes it so hard to do enough training,” Dominguez says. “(Good practices) have to be reinforced from a cultural standpoint.”

A dealership trainer once recalled that some jaded dealers would tell him: “Wonder if I train someone, and they leave to work for a competitor down the street?” The trainer’s response: “Wonder if you don’t train them, and they stay?”

Other consumer data comes from third parties who don’t communicate with each other much. “We’re forcing analysts to finally talk to each other,” Dominguez says.

He believes that any customer who walks into a dealership “intends to buy something, if not today.” They often don’t often immediately identify themselves.

That’s why it helps to ask their name, politely and without sounding nosy.

Dominguez adds: “Audi wants to support dealers when they need it, but we don’t want to be heavy-handed.”