There are many reasons why someone might skip or shortcut a step in the car dealership selling process, but these would only be excuses.

In 1913, Henry Ford developed his assembly line for the mass production of an entire automobile.  His creative thinking reduced the time it took to build a Model T down to 2 ½ hours from the snail’s pace of 12 hours previously.

The ‘Tin Lizzie’ as it was affectionately known was introduced by Ford in 1908 after years of trial-and-error development. It was not a handsome creation nor was it meant to be. All of them were painted black.

But it was simple, sturdy and relatively inexpensive because it was manufactured cheap enough for an average family to own at around $850 when introduced. Yet, Ford knew he could produce the car cheaper with a better assembly process, so he set out on a mission to do so.

Inspired by production methods in mills, breweries and canneries he’d visited, Ford envisioned moving lines for all parts and segments of the assembly process.

In December of 1913, he unveiled the moving-chassis assembly line which ultimately became the blueprint for other auto manufacturers to follow.

This brilliant idea endures today as the most efficient way to make cars.

As the pace accelerated, Ford produced more and more cars, and on June 4, 1924, the 10-millionth Model T rolled off the Highland Park assembly line.

In addition to the assembly line, he built machines that could stamp parts quicker than the fastest human worker could. 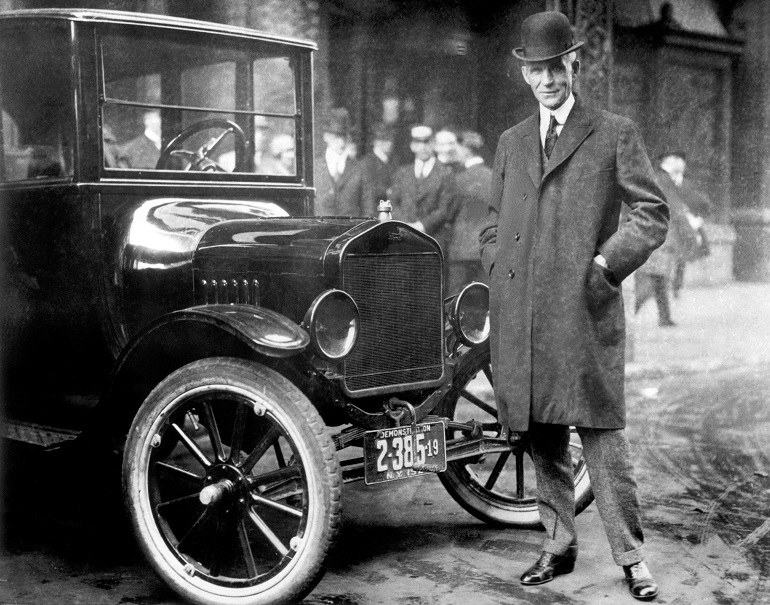 He achieved success by continuously refining the manufacturing process. Ford’s rise from apprentice machinist to automotive magnate reminds me of the many changes we’ve witnessed and endured in the way we deliver cars at dealerships. Not the least of these changes are found in the F&I office.

F&I managers have to be better than ever. This involves tried-and-true methods that will stand the test of time. Yet, time is not on our side, because customers and staff seem to want a 10-minute F&I transaction.

In a way, the initial information F&I managers gather before their menu presentation to the customer is much like the needs-discovery step a salesperson does. That info helps customize an F&I menu for each customer.

Consistency is the key, which is why a quality menu presentation is important.

I’m not talking about a canned speech here. Instead, master the basics using your own natural way of speaking to the customer as a real person.

No matter how successful an F&I manager becomes, there always will be days when they just ain’t buying. Your best efforts, evidence manuals and related personal experiences of owning the F&I products yourself are met with deaf ears.

Most pros shake it off, realizing it’s temporary.  But sometimes those skids last more than just a few deals and cause you to question yourself. If you’re not careful, you will begin doubting the way you’re doing things. Worse, you think you’re snake bit.

There is a reason we do things the way we do, and it’s because it works.

It’s easy to circumvent or shortcut when you’re blacked out. The urge to just sign them up with a hurried menu presentation (or not one at all) can be great.

It’s during those moments that you must trust your training and the F&I process, because they will not fail you.

The F&I process has defined steps just like the sales process does, and for good reason. Over the decades, ethics and compliant behavior have molded the way we do things. The advent of the F&I menu with all its various versions has redirected and simplified the presentation.

Just as veering away from the sales process usually is disastrous, the same goes in F&I.

There can be many reasons why an F&I manager might omit or shortcut a step in the process, but these would only be excuses.

Listen, Henry Ford had the right idea at the right time and implemented extraordinary processes yet constantly looked for ways to make his plant work even better.  That’s my message this month. I’m not talking about major changes. I’m talking about taking a hard look at everything you do when the customer is in your office, and, when necessary, make it better.

Marv Eleazer, author of this “Real F&I" column, is the lead F&I Manager at Langdale Ford in Valdosta, GA. He has 30 years F&I experience. He is the founder of a Facebook group, Ethical F&I Managers (TM).