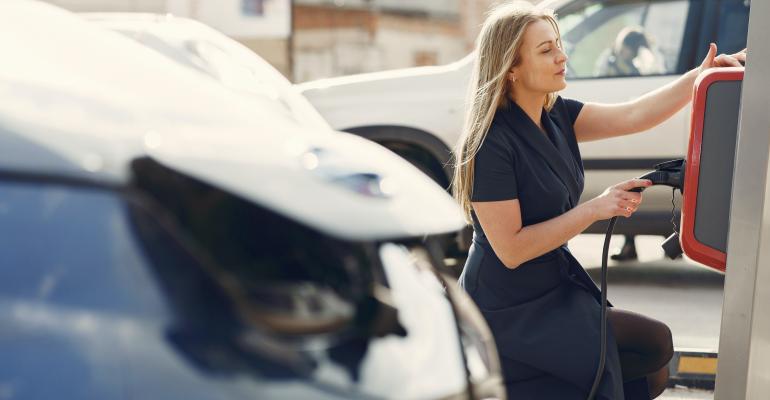 “Public charging continues to provide challenges to overall EV adoption and current EV owners alike,” says Brent Gruber, executive director-global automotive at J.D. Power. “Not only is the availability of public charging still an obstacle, but EV owners continue to be faced with charging station equipment that is inoperable.”

Although most EV owners charge their cars at home – between 70% and 80%, according to a 2021 report by the Fuel Institute – the lack of operable charging stations frustrates owners. Charging company spokespeople recently interviewed by The New York Times disputed studies and anecdotes detailing the dearth of operable chargers but lamented the lack of maintenance on some.

There’s no disputing customers’ responses to their satisfaction with public charging stations as reported by J.D. Power.

Customer satisfaction with public Level 2 charging declined from last year, dropping to 633 (on a 1,000-point scale) from 643 in 2021, while satisfaction with the speedier DC (direct current) fast-charger segment remained flat at 674. Currently, only a handful of vehicles can take advantage of the fastest charging speeds, notes J.D. Power.

J.D. Power analysts say the lack of progress points to the need for improvement. While EVs are gaining wider consumer acceptance, the shortage of public charging availability is the No.1 reason vehicle shoppers reject EVs.

Gruber notes the National Electric Vehicle Infrastructure (NEVI) Formula Program promises to provide funds to states for building out their EV public charging infrastructure. Although this will lead to sizable growth in the availability of EV charging stations, it likely won’t satisfy demand.

“Stations need to be added to areas where there are currently gaps in heavily traveled routes and in high-density areas for people who don’t have access to residential charging, but most importantly, designed with things for users to do while charging — regardless of the use case, he says. “Then, we need to make sure those stations are reliable.”

“Everyone knows that the landscape of gas stations is focused on convenience – readily available, fast fueling and quick convenience items,” Gruber says. “Although fast charging is seemingly getting faster by the day, to expedite the charging process vehicles will need to accommodate the newest ultra-fast chargers. Currently, only a handful of vehicles can take advantage of the fastest charging speeds.

“And no matter how fast their vehicle charges, EV owners still indicate they need more options for things to do during each charging session to enhance convenience and fill the downtime.”