Leasing has declined in general in 2022, but EV leases seem to have taken a bigger hit than those of traditional powertrain vehicles. Experian says the EV leasing rate in the third quarter was 9.88%, compared with 18% of all vehicles.

Electric vehicles’ penetration of the U.S. market has been limited because of various factors including price. Leasing traditionally has been a way for consumers to get into a more expensive vehicle at a lower monthly cost, but that hasn’t necessarily been the case for EVs.

The relative scarcity of EVs on the road is one reason. While the numbers are growing quickly – EVs gained 2.4 percentage points of U.S. market share based on registrations in the first nine months of 2022 – they still accounted for only 5.2% of all light-vehicle registrations, according to S&P Global Mobility.

When calculating how much to charge for a lease, financial institutions consider, among other factors, a vehicle’s residual value – how much it will be worth at the end of the lease. That is usually based on a large sample of similar used vehicles, but without a big used-EV pool of data to draw on, residual values are harder to determine.

Other factors also may figure in the higher EV lease cost equation. Tax credits for battery-electric and plug-in hybrid-electric vehicle purchases – which can reach $7,500 at the federal level – may also impact how much one pays to lease an EV, says Melinda Zabritski (pictured, below left), Experian’s senior director of automotive financial solutions. 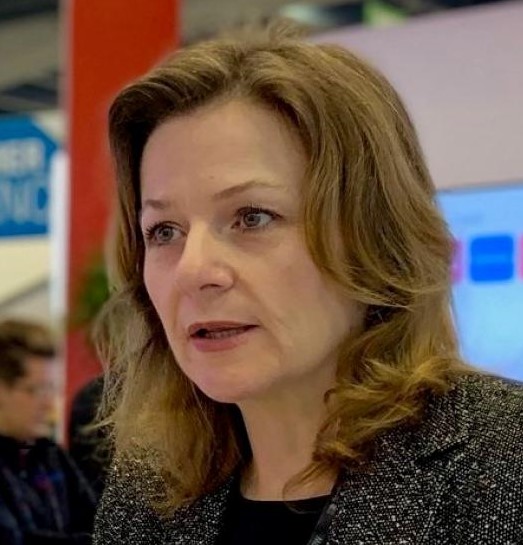 “Leasing has dropped across the board for a variety of reasons,” she tells Wards in an email. “That being said, one of the factors causing the drop in EV leasing could be that tax refunds may be treated differently for leasing (in terms of the overall cost of the vehicle) compared to loans.”

Leasing has declined in general in 2022, but EV leases seem to have taken a bigger hit than those of traditional powertrain vehicles.  According to Experian, the EV leasing rate in third-quarter 2022 was 9.88%. By comparison, 18% of all vehicles were leased in the third quarter.

EY, a consultancy, lists two factors that loom large for the auto industry when it comes to residual-value modeling for EVs: core supply and demand, and technological advancement.

“Leasing-calculation models for EVs need a recharge,” he says. “EVs don’t function like their fossil-fuel cousins, and because of it, the way we measure their value needs to be reworked. Residual-value risk needs to consider how quickly battery technology will evolve, but also have ‘eyes’ on the health of the asset to understand how these vehicles are being handled and charged.”

A battery’s second-life value is another consideration. A battery depleted by more than 20% is at the end of its useful life as in an EV. That might take eight years to reach. But it may be usable for 20 more years as a storage system. “That is a very different time frame,” Smolka says at Auto Remarketing’s recent Used Car Week conference in San Diego.

The battery is the largest cost component of an EV and understanding more about it should lower leasing costs, say experts.

Automakers have been reluctant to support EV leasing because of the newness of the technology and depreciation questions, Cox Automotive senior economist Charlie Chesbrough says. “As battery health is better evaluated and consumer understanding of EVs improves, residual values will likely improve.”

Others, however, say leasing is not the best financial arrangement for EV ownership.

Bauer, who was with Mercedes-Benz when it introduced leasing in the U.S., sees high interest rates and rising sticker prices as drivers of leasing rates, though residual value plays a role.

“There is more demand than supply (of EVs), so used values are high,” he says. “That means monthly rates should be low. But only over time will battery costs come down and have an impact on the monthly payment.”

Battery-lifetime questions already are being resolved as their capacity degrades less quickly than anticipated, Bauer adds. Meanwhile, over-the-air updates are leading to a whole new view of vehicles. In the past, “used was really used. That is no longer the case,” he says.

Subscription models such as Autonomy’s are ideally positioned to take advantage of that change, says Bauer.

Autonomy doesn’t have to determine an EV’s value after 36 months because it only locks consumers into a minimum subscription of 90 days, after which the contract is month-to-month. One vehicle can have up to four subscribers over a 6- or 7-year period, he says.

“We are headed towards a new mobility solution –  the car as a service, providing affordable, flexible and digital access to an EV,” says Bauer.