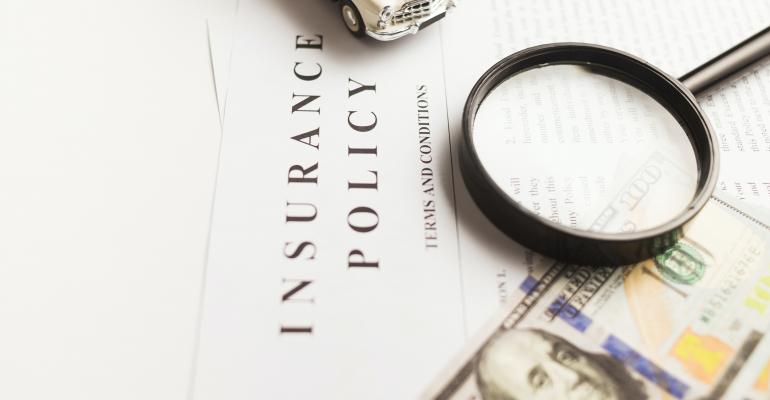 “As we know, setting insurance rates is complicated,” insurance expert Michelle Megna, Forbes Advisor, tells Wards. “The cost of repairs and the cost of cars are now much higher than in the past. A fender-bender can result in thousands of dollars in repairs.”

The type of car, the buyer’s driving record and the mileage driven per year are among the factors considered. Many people don’t realize insurance providers also consider their credit scores, gender, education and other non-driving factors.

Some groups push back on those factors. In New Jersey, a number of groups are pushing to prohibit factors they say result in “racist auto insurance rate setting policies,” reports NJ101.5.

“There has been an uptick in legislators looking at insurance rates and trying to pass bills that would prevent car insurance companies from using certain rate criteria,” she says. "So that was why we decided to do the survey. And it looks like people are softening toward insurance companies using (non-driving) factors

“The average person probably doesn’t realize the factors that go into setting rates,” Megna says. “Setting rates is complicated. Some drivers see their rates increase and wonder why that happens when they drive the same commute, the same number of miles.

On the flip side, Megna says it may surprise a Baby Boomer buying a sports car that their insurance rates are low. Forbes recently surveyed 2,000 U.S. drivers to uncover the most controversial insurance pricing factors, which may also reveal shoppers’ lack of knowledge about actuarial science and insurance rates. Car dealers can use these findings to ease shoppers’ qualms.

Megna suggests that dealers who talk to customers concerned about rates have some options.

“I would try to educate them and explain that many factors go into setting insurance rates. Chief among them is where you live, the type of car you drive, the amount of driving experience you have, and the non-driving factors,” she says. “It’s important to educate them on the complexity of rate-setting and explain ways they can reduce costs such as not speeding, working to avoid accidents.”

Another way to pay less for auto insurance is to shop around.

“In the same way you could save money by comparison shopping for a TV, you can for car insurance,” Magna says. “That is one of the ways to avoid overpaying, even as rates overall go up.”