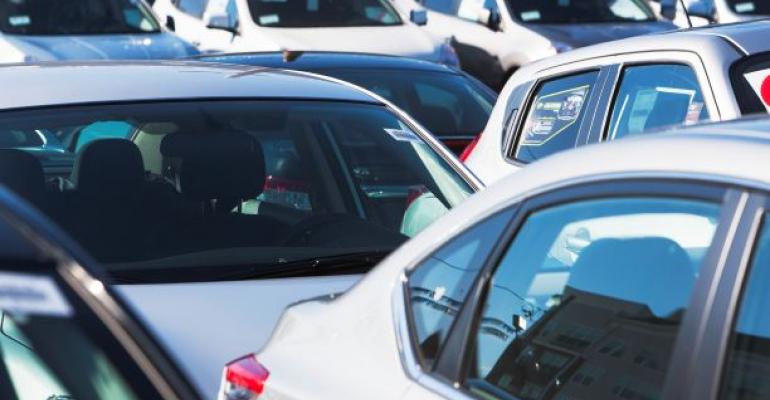 Jonathan Smoke, chief economist for Cox Automotive, predicts U.S. sales of new light vehicles are headed for fewer than 12 million units in 2020, down from 17.1 million in 2019.

New and used auto sales are headed for a recession in 2020, thanks to stay-home orders aimed at stopping the spread of COVID-19, according to Jonathan Smoke, chief economist for Cox Automotive.

The question at this point is how long the recession lasts. “It all depends on the virus,” Smoke says during a Tuesday webinar.

Zo Rahim, Cox Automotive manager of economic and industry insights, says retail sales in the last week of March were down 67% compared with a year earlier. The second quarter, Smoke says, will be even worse – “most likely historic.”

Smoke predicts U.S. sales of new light vehicles are headed for fewer than 12 million units in 2020, down from 17.1 million in 2019. That’s assuming stay-home orders begin to lift by around May and auto sales start to recover in the second half.

In that same scenario, U.S. used-vehicle sales, including dealer sales and sales by private individuals, are headed for fewer than 30 million in 2020, down from around 40 million in 2019, Smoke says.

But if the pandemic persists, or if restrictions are lifted and then reinstated amid a relapse of the virus, he predicts new sales could be below 12 million and used could fall below 29 million.

“That’s a bleak outlook compared to where we were in January,” Smoke says. “I hope we’re wrong.” In January, Cox Automotive predicted U.S. new-vehicle sales of 16.6 million this year.

Meanwhile, for the month of March, the Manheim Used Vehicle Value Index was 141.9, or 4.4% higher than March 2019, the company says during the webinar. However, Manheim reports the usual seasonal “spring bounce” in used-vehicle values was cut short this year by a few weeks.

Smoke says in that longer term, used-vehicle demand probably will recover more strongly than new, since there likely will be more consumers with affordability problems in a more general U.S. recession.

In the short run, Smoke says a recent increase in new-vehicle incentives, including some 0% financing offers, probably will shift some demand toward new vehicles instead of used. “That’s not going to last forever,” he adds.