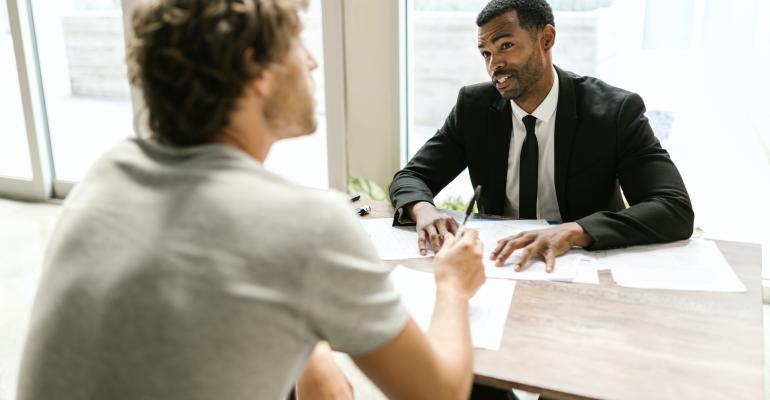 Dealers who want to boost customer loyalty should look at how free trials for connected services are offered in their dealerships.

A LexisNexis study finds only 48% of new-car buyers and 24% of used-car buyers are offered such trials. Automotive experts say the length of time dealers spend on F&I, offering everything from prepaid maintenance to extended warranties,crowd out conversations about free connectivity offers.

“I really think dealers are missing the mark on this,” Adam Hudson, vice president and general manager of Connected Car at LexisNexis tells Wards. “We found 82% of consumers said that they trust their dealers for information. And when you delve in and look at the connected-services side, we found 81% of consumers who were actually offered free trials enrolled.”

Now General Motors makes three-year subscriptions to OnStar and connected services standard on Buick, GMC and Cadillac Escalade, reports The Detroit News. Buyers cannot opt out but need to subscribe after three years to continue the service. Chevrolet is expected to follow suit in the not-too-distant future.

Although there is plentiful talk about shifting dealerships away from the old concept of ”moving metal,“ some dealers don’t seem to be on board as evidenced by this report. And Hudson remarks that OEM focus on free connectivity trials varies widely.

Although Hudson declines to compare specific OEMs, he says that gap is not correlated by regional preferences, such as for American, Asian or European brands.

“The top reason why consumers didn't enroll was that they didn't see a value or benefit to the service,” Hudson says. “It’s not concerns about data usage or that enrollment time was too long. It is not a lack of understanding about how the services work. It was ‘I just don't see the value.’”

OEMs and dealers that better communicate such value can tap into the approximately 78% of buyers who may agree to such a trial if they saw value. Hudson remarks that two or three years ago only about 4% of surveyed consumers purchased cars online, compared to almost 7% today who bought a car entirely online without dealer interaction. Those who bought a car in a hybrid fashion – online and through dealer interaction – grew from 7% to 9%.

“I make that point to say there is a desire to go direct to consumer for the sales, but I don't think that alleviates the need for the dealers,” he says. “I think there's a bigger role for the dealers than just being a point of delivery and a point of repair in the future. This survey (showed) that they really do play an important role in kind of getting consumers to participate in the services side of the auto industry, what every automaker is talking about as part of their future – multibillion-dollar goals oriented around data technology and service.”