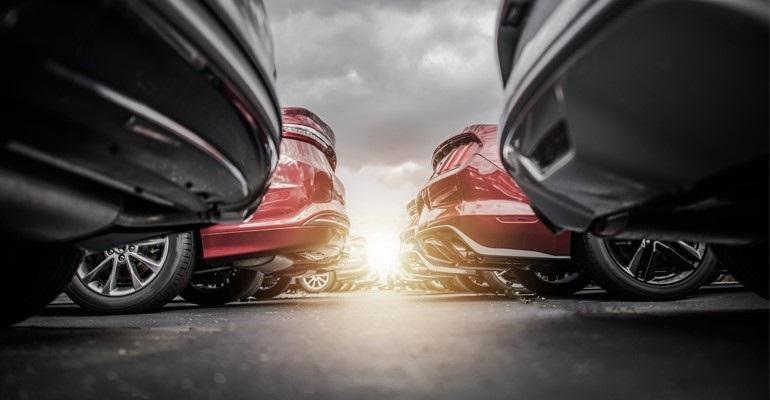 Despite a lot of uncertainty about the fourth quarter, Cox Automotive hikes its full-year U.S. light-vehicle forecast for 2020 to 13.9 million, up from earlier forecasts of 12.9 million in July and 12 million in April — but of course down sharply from 17.1 million in 2019, because of the effects of the coronavirus.

“We see improvement,” says Jonathan Smoke, Cox Automotive chief economist, in a Sept. 28 webinar based on sales results and other economic indicators through most of the third quarter.

However, Smoke remains concerned about the near future. “I think we’ve had a false sense of security that we are out of the woods,” he says. “It’s going to become evident the consumer is very fragile.”

Smoke says U.S. auto sales are performing better than expected this year, in large part because business shutdowns aimed at arresting the spread of the coronavirus didn’t last as long as Cox originally feared.

“We were quite the pessimists at the end of March,” says Charlie Chesbrough, Cox Automotive senior economist.

Smoke says in addition to dealerships reopening sooner than expected, U.S. auto sales continue to get a boost from low interest rates and from unprecedented economic stimulus from Congress, including extended unemployment benefits.

But those benefits expired in July, and Congress isn’t likely to pass a replacement before the November elections, he says.

Meanwhile, new jobless claims are still high. Auto-loan delinquencies have increased, and customers with subprime credit are having a harder time getting auto loans, Smoke says.

In addition, there’s always the potential for a second wave of coronavirus infections tied to schools and businesses opening up, he says.

Cox Automotive isn’t hitting the panic button, Chesbrough says, but there are good reasons to remain conservative about the sales forecast, at least through the end of 2020.

“There’s little reason to think the bottom is going to fall out,” he says. “But headwinds continue to grow.”

Besides the absence of government stimulus, new-vehicle inventories are low, and it’s a valid question whether consumers will simply stay on the sidelines and wait until they can buy exactly what they want, instead of compromise on whatever dealers have on hand, Chesbrough says. “The situation remains very precarious, at best.”