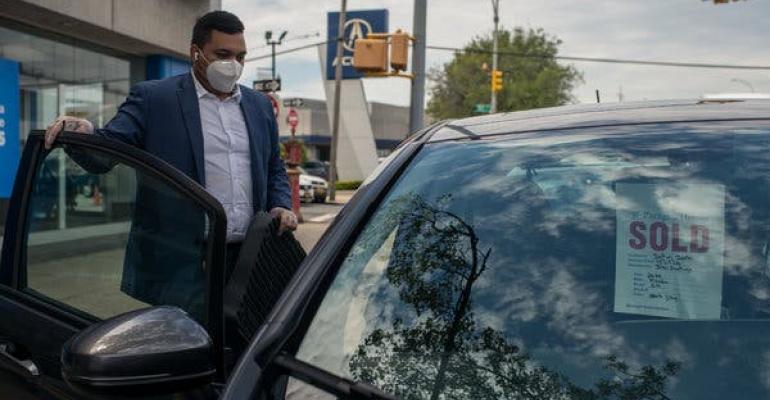 Despite promising news about effective vaccines in the pipeline, 2021 is still going to be all about the ongoing COVID-19 pandemic and its equally continuing effects on the U.S. economy in general, and the U.S. auto industry in particular.

The 50,000-ft. view on the economy, consumers and auto sales is what TrueCar’s ALG subsidiary calls a two-tier, “K-shaped” recovery in 2021 from business shutdowns in the spring of 2020.

In a K-shaped recovery, higher-income households who can afford new and nearly new vehicles continue to prosper, relatively speaking. That’s the upper-right leg of the “K,” according to Morgan Hansen, ALG vice president-data science.

The news isn’t all bad, because new and nearly new vehicles and the “resilient” consumers who buy them are the prime target for most of the franchised, new-car dealership world, and that world probably will continue feeling relatively secure economically in 2021, Hansen says in a Nov. 17 webinar.

“They’ve been the folks that have been moved to having their lifestyle impacted, not their livelihood,” by the pandemic, Hansen says. “And so that’s why we really believe that we’ve seen this continued growth and acceleration of the auto market, and that people are out there buying, because they can.”

Tyson Jominy, J.D. Power vice president-data and analytics, says last summer during a webinar hosted by the Wall Street Journal that in retrospect, automakers overdid it with incentives in the spring, including zero-interest long-term loans on fullsize trucks.

According to analysts, rather than use the high level of incentives to save money, many buyers simply bought more truck than they would have bought otherwise.

Those households, and the vehicles they buy, are on the slower-recovering, lower-right leg of the K-shaped recovery. High average transaction prices for new and nearly new vehicles are driving those customers to older used vehicles, or out of the market entirely, he says. 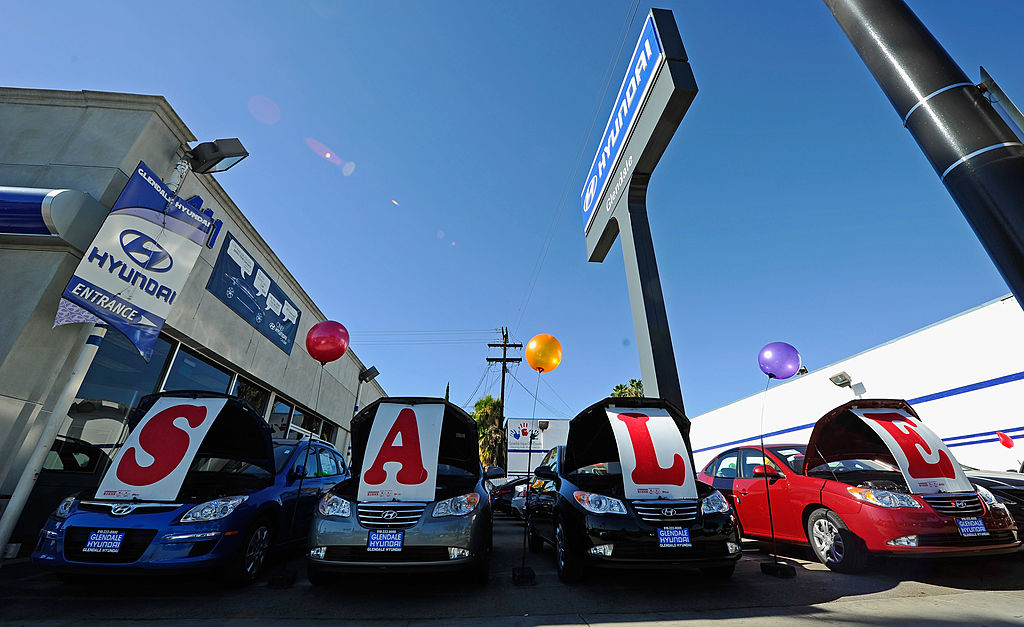 In automotive terms, he says the “haves” include pickup trucks, late-model used-car values and niche luxury brands such as Tesla. “Have-nots” include airport rental fleets, sedans, commuter cars whose chief virtue is fuel efficiency (above) and brick-and-mortar dealerships that are not equipped for remote, digital sales or other innovative purchase options.

Charlie Chesbrough, senior economist for Cox Automotive, says separately the pandemic and the economy could get worse before they get better.

“If you thought you could put away the hand sanitizer, I suggest it’s time to get all that out and get ready for the second wave,” Chesbrough says in remarks directed at dealerships during a Nov. 12 webinar hosted by the American International Automobile Dealers Assn.

“The danger here is whether it’s going to overwhelm the hospitals. The good outcomes we’ve been having are not because coronavirus is any less deadly, but because hospitals have been able to treat it well,” he says.

“Now, the concern is, particularly in the middle of the (U.S.) map, of state hospitals getting overwhelmed, and they can’t give all the patients all they need.”

If the current uptick in cases can’t be reversed, “We may start to see shutdowns again around the country. None of this is going to be good news for automotive sales,” Chesbrough says.

In case anyone needed reminding how serious the pandemic remains, effective Nov. 17, California Gov. Gavin Newsom placed 28 counties, representing 94% of the state’s population, into the most restrictive tier of coronavirus social distancing. That limits businesses, including dealerships, to 25% indoor occupancy.

Having said all that, new- and used-vehicle sales really did bounce back in 2020, considering how low U.S. light-vehicle sales fell in the worst three months of business and factory shutdowns.

Compared with the same months in 2019, sales fell 38% in March, 46% in April and 29% in May, according to Wards Intelligence. Sales in September were up 6%, thanks largely to Labor Day weekend, and were virtually flat in October, up 0.8%.

In October, the average new-vehicle transaction price reached a record $36,755, up 7.3% from a year ago, driven by more expensive trucks and SUVs, according to a joint forecast from J.D. Power and LMC Automotive.

Separately, Tom Kontos, chief economist for wholesale auction firm KAR Global, reported earlier this month that the average used-vehicle wholesale price, cars and trucks combined, was $12,478 in October, up 12% from the year-ago month.

No one would have chosen a deadly pandemic as the way to make it happen, but in fact the industry in 2020 is achieving something it has wanted for decades: a profitable “pull” setup where demand exceeds supply, as opposed to a “push” auto retail economy, where discounting is the only way to move excess inventory.

According to J.D. Power, in October the average incentive fell below 9% of MSRP for the first time since June 2016. Analysts expect the current new-vehicle shortage to last into the first half of 2021, but maybe not much beyond that.

“It’s looking like a pretty dark winter, the next couple of months,” says Chesbrough of Cox Automotive. “Next spring, next summer, there’s reason to be very optimistic – certainly in the second half. But we gotta get through this virus.”

Sponsored Content
Five Opportunities for Your Dealership in 2021
Jan 14, 2021