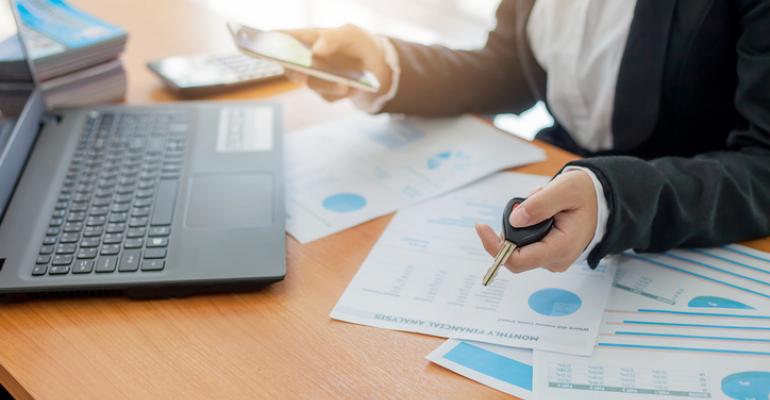 Getty Images
Only 12% of the consumers who asked for payment deferrals were delinquent more than 30 days when they asked for the extension, LaClair says.
Dealers

The lender reports a net loss of $319 million in the first quarter, down from net income of $374 million a year ago.

About 25% of Ally Financial’s auto loan and lease customers — more than 1 million so far — have taken advantage of an offer to defer payments for up to 120 days, the lender says.

It is a sign that even consumers with good credit are worried about their household finances during the COVID-19 pandemic,

Deferral in this case means Ally waives late-payment fees, but interest continues to accrue. Only 12% of the consumers who asked for payment deferrals were delinquent more than 30 days when they asked for the extension, LaClair says.

Many dealers who have commercial loans with Ally are also taking advantage of payment deferrals, Ally says.

It reports it had commercial accounts with about 3,300 dealers at the end of 2019, out of more than 18,000 dealerships with active accounts for consumer loans and leases.

Ally says it has processed more than 1,000 applications from dealers for the Small Business Administration Paycheck Protection Program, leading to about $850 million in loans for dealers. The loans are designed as a stopgap to keep workers on the payroll, and to cover dealership expenses such as rent.

Drop off in March

Auto loan and lease originations were $9.1 billion for the quarter, down from $9.2 billion a year ago.

LaClair says auto finance business fell dramatically in late March. “Reduced activity at dealerships lowered application volume and originations by over 50% by late March, which we would expect to continue in line with the shelter in place orders,” she says.

Ally was an early mover in offering payment deferrals tied to the pandemic. The lender announced the offers March 18, ahead of a wave of state governors issuing stay-at-home orders.

Today, many other auto lenders also offer payment deferrals and lease extensions, because of high unemployment and the difficulty of trying to visit dealerships in person.

“We were very proactive,” LaClair says of the deferment offer, adding that Ally “emailed our customers and offered them the opportunity to have some more payment flexibility.”

The biggest rush of customers asking for deferrals occurred in the first two weeks after the offer, LaClair said.