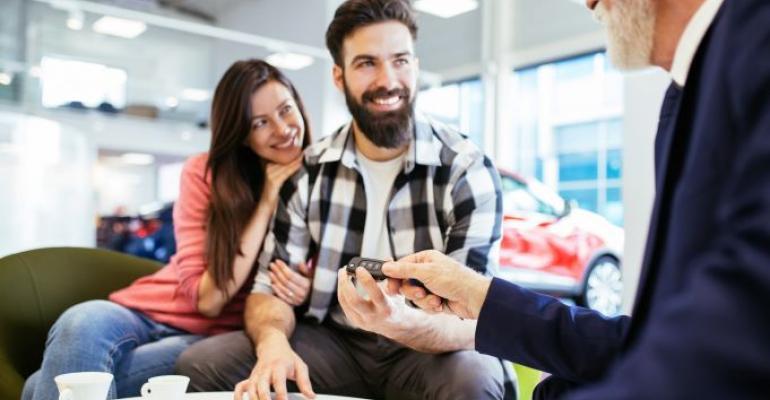 Total consumer auto debt was a record $1.33 trillion for the fourth quarter, up from $1.27 trillion a year ago, the New York Federal Reserve report says.

Auto loan and lease originations were “brisk” in the fourth quarter of 2019, according to today’s Quarterly Household Debt and Credit Report from the New York Federal Reserve.

Total consumer auto debt was a record $1.33 trillion for the fourth quarter, up from $1.27 trillion a year ago, the report says.

That includes volume increases for both subprime and prime-risk consumers, although the biggest increase in share was for loans and leases to the most highly qualified borrowers, with the best credit scores.

Auto originations were $158.6 billion in the fourth quarter, including new and used, loans and leases, an increase of 9.9% from the year-ago quarter, the New York Fed reports.

Originations to borrowers with credit scores of 760 and higher, roughly equivalent to what credit bureau Experian Automotive considers the “super-prime” category, were $55 billion for the quarter, an increase of 15.3% vs. a year ago, the report says. That represents a share of 34.7% of total auto originations, up from 33.1% a year ago.

The report says the median credit score for auto loans and leases increased 4 points from a year ago, to 715.

Meanwhile, originations to consumers with subprime credit, defined by the New York Fed as below 620, were $31 billion, up 11.1%. Because origination volume increased 9.9% overall, the share of subprime increased just 0.2 of a percentage point.