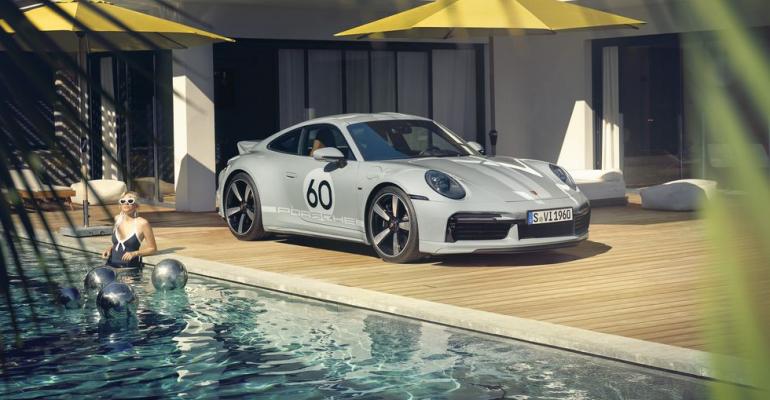 The $48,403 average transaction price is driven by luxury and electric vehicle sales.

That’s the average transaction price (ATP) for new vehicles in June 2022, according to the latest report from Kelley Blue Book. That’s the highest average price on record, topping the $47,202 ATP paid in December 2021, KBB reports.

“That industry average is being driven by some very expensive vehicles that are selling well,” Mark Schirmer, public relations director-Cox Automotive, the parent company of KBB, tells Wards. “But that doesn't mean everything's sold at a crazy price. The average price for a compact SUV is 30% below that. We have to remind everyone that 48 (thousand dollars) is the average. It’s like the joke: ‘If Bill Gates walks into a bar, on average everyone there is a millionaire.’”

Car shoppers in the non-luxury segment paid an average of $1,017 above sticker price in June, but compact cars and compact CUVs sell for about 30% less than the industry average price, Rebecca Rydzewski, research manager of economic and industry insights-Cox Automotive, tells Wards. Average prices for compact cars were up only $146 (0.6%). (from when to when?) Midsize car prices rose $325 (1%).

The average price for a battery-electric vehicle (BEV) increased 3.8% between May and June. That is 13.7% higher than the same timeframe last year, reports Cox. The $66,000-plus average price paid for BEVs is more in line with luxury than mainstream prices. The average sale price of hybrid or alternative-fuel vehicles in June was $39,000. That is $3,593 more than in May and $8,453 more than a year ago.

Still, listing prices began to stabilize, even drop a bit, starting at the end of last month, though inventory was steady, Cox analysts say. They also report new-vehicle inventory days’ supply inched up to the high 30s in June. It had held in the mid-30s since mid-January.

That’s not a dark cloud for dealers or manufacturers, though, says Rydzewski. The current demand allows both franchise and independent dealers to sell vehicles at or above suggested retail price and OEMs to slash or eliminate incentives. As inventories fatten and a possible recession unfurls, OEMs may reinstitute incentives, but dealers should not expect a major change in demand or profits, says Rydzewski.

“Consumer demand is so high, even given the pricing and inventory pressure, we don't necessarily expect that ‘automotive recession’ to occur regarding new-vehicle sales,” she says. “Dealers are still going to be profitable.”

The changing market and economy prompted Cox to adjust their 2022 sales forecast to 14.4 million, down from 15.3 million, and further adjustment may be necessary, Rydzewski says.