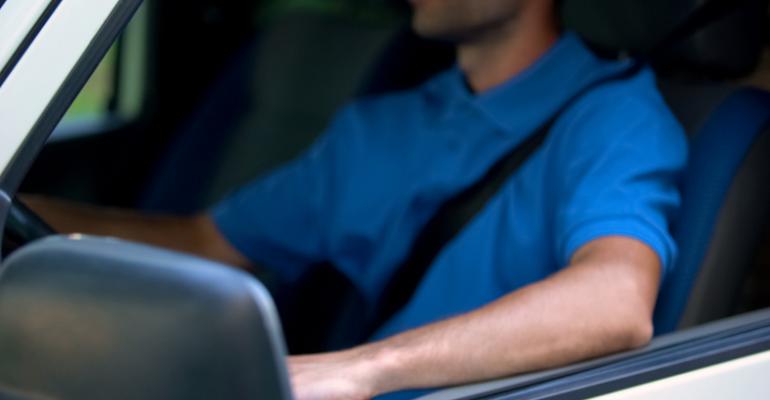 Issues include establishing a delivery process, executing it without burning up excessive time, designating who makes the runs and guarding against ripoffs.

Two Michigan dealership employees traveled miles to home deliver a vehicle that someone had ordered online. But they didn’t like what they saw when they got there.

“The house was shady-looking, and the guy they were delivering the vehicle to didn’t look like the photo on the photo ID he showed them,” Tom Carney, a National Auto Dealers Assn. management consultant, says in relating the account he heard through a dealership connection.

Online dealership vehicle sales and their associated home deliveries have become a relatively popular purchase alternative in the age of COVID-19.

But the auto-retailing industry is still working on best practices, which, among other things, include safeguards against getting ripped off by Internet scammers.

But less-risky issues need sorting out, too, such as establishing a delivery process, executing it without burning up excessive time and miles and designating who makes the runs.

More and more consumers – especially virus-conscious people who are loath to visit a dealership yet want or need a new car – are opting for doing much of the transaction online and taking possession of the purchased vehicle at their home.

“People want home deliveries, but some dealers wonder if it is cost effective,” says Jennifer Suzuki, president of e-DealerSolutions, a sales training company. “Are we selling more vehicles because of it? Will (customer satisfaction scores) go up? How do we pay for this?”

She raises those questions during an industry webinar on digital retailing. Joining her is Carney and Len Short, CEO of LotLinx, an automotive-inventory marketing technology company.

Short says dealership delivery costs are more palatable with high-margin transactions. For example, delivering a $97,400 Porsche 911 sports car is less of a cost-of-business issue than delivering a $15,300 Kia Rio subcompact.

“Dealers will figure it out as they move to this more efficient structure,” Short says. “There will be some trial and error with these new processes and new costs.”

A home delivery a few miles away is no big deal, but long-distance deliveries are, Carney says.

“How do you pay your people if they are driving two hours to the home and two hours back to the dealership?” he says, noting it can gobble up half of a workday.

In lieu of salespeople delivering cars (which cuts into their selling duties), one dealer pays a retired finance and insurance manager to do the transporting, Carney says.

Dealer culture is changing because of the sudden popularity of digital auto retailing in the COVID-19 age, Suzuki says.

But for dealers new at it, “it’s not easy to get down,” she says. “Some are struggling. We’re encouraging our clients to continue the battle because you’ve got to give customers what they want. They’ve been saying all along, ‘We want this process easier.’”

Many F&I managers are becoming adept at using online videoconferencing to present products to customers, Carney says. “At first, there was some pushback, because you are not doing it in the F&I office. But now a lot of F&I managers are excited about it.

He adds: “It’s more subtle selling. The days of the F&I ‘box’ could go away.”

Along those lines, Carney tells of a dealer who assigned his top service adviser to stints in the showroom selling cars.

“While he is doing that, an apprentice service adviser covers for him at the service department,” he says. “The apprentice is being trained as this hybrid salesperson. It connects service to sales. It’s a unique process. A lot of dealers don’t have the appetite for it. But it’s a new way of doing things.”