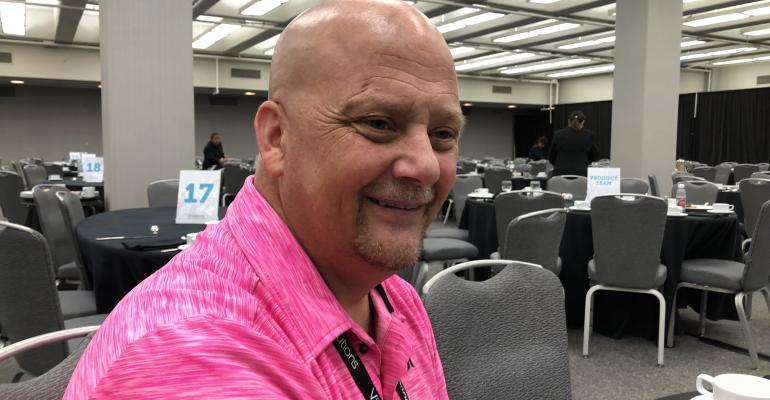 Connecting with customers is vital, and can be done in all sorts of ways, Armstrong says.
Dealers

“We’re in a service-based industry. We should capitalize on what drives revenue, and that’s the connection the consumer feels with the person providing the service,” says VW SouthTowne’s Bryan Armstrong.

Customers at Volkswagen SouthTowne in South Jordan, UT, get to know the dealership auto technician working on their vehicles, even though they don’t usually meet each other in person.

Rather, they connect via videos the technicians shoot in their service bays. The mechanics introduce themselves, talk about work they’ll be performing, do a vehicle walkaround of the vehicle on the hoist and recommend any further maintenance the customers might consider at some point, such as alignment, brake work or whatever an inspection turns up.

“Even when people come in for just a quick lube, every customer gets a video shot by the tech,” he says.

That allows technicians to not only to tell but show what they will do and what they recommend be done in the name of vehicle maintenance.

The dealership emails or texts the minute-or-so videos to customers. “They are short, and people will watch them,” Armstrong says.

At many dealerships, auto technicians skip filling out service-recommendation forms “because they know the service writer won’t present the options, or will lie down at the first ‘no,’’ Armstrong says. “The technician figures, ‘Why bother? This isn’t helping my bottom line.’”

The videos solve that problem because the technicians know customers will see their videos. Moreover, “the face of the service department now is technicians who introduce themselves and say they’ll be working on your car,” Armstrong says. “There’s that connection. We’ve had customers come in later and ask for a specific mechanic, because of the videos.

He adds: “When you think about it, if you go to the same hair salon, you usually request the same person to cut your hair, because you know them.

“Should it be any different for us? We’re in a service-based industry. We should capitalize on what drives revenue, and that’s the connection the consumer feels with the person providing the service.”

It reached out to customers, saying, “‘We’re with you,’” and then proceeded to demonstrate that, Armstrong says. “That’s been the key, not only to our past success, but continued success.”

Although Toyota sells many more vehicles than does VW in the U.S. (2.4 million vs. about 400,000, according to Wards Intelligence), VW SouthTowne regionally outsells many Toyota dealerships, Armstrong says.

In October of the peak year of the VW emissions crisis, “we had our best month year-to-date for new-car sales,” Armstrong recollects.

Automotive Study Shows Costs of Saying ‘No’ to Callers
Jun 28, 2018