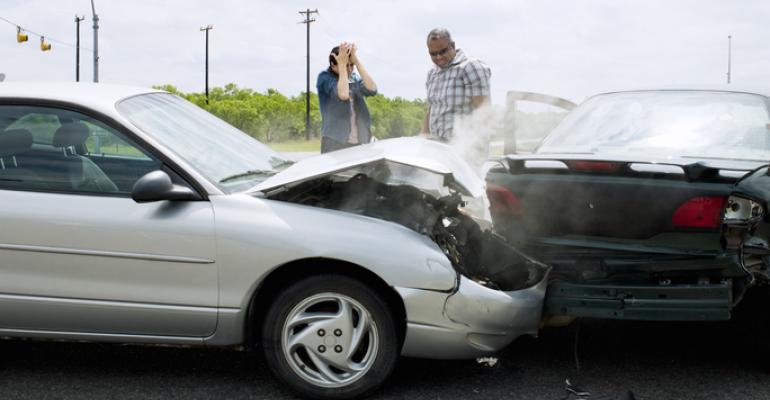 If people lack prior car insurance, they will pay more on the first go-around.
Dealers

“We believe we are bringing a revolutionary product solution to the market,” says DealerPolicy CEO Travis Fitzgerald.

A vital part of buying a car – insuring it – usually occurs late in an auto dealership transaction.

But it’s now done earlier (and quicker) with a digital platform offered by DealerPolicy, which is part insurance agency, part technology company that represents 40 major insurers.

“The agency is the underbelly, and above that is a tech layer,” says DealerPolicy CEO Travis Fitzgerald. “We’ve written more than $200 million in gross-rate premiums.

“We embed our tools within systems (such as digital F&I menus) and harness the data to provide quotes from carriers,” he tells WardsAuto. “We have hundreds of licensed agents. We are an agency with direct integration with carriers.”

His pitch is that the digital option of buying auto insurance at or through the dealership offers consumers a wider choice and saves them an average of $64 a month that potentially could go toward dealership offerings.

DealerPolicy’s FastPass comparison-shopping tool is not offered directly to consumers. “That is a different business model, and is not as effective as a point-of-sale model,” he says.

DealerPolicy doesn’t set insurance rates. That’s up to the insurers it independently represents, such as Progressive, Travelers, MetLife and AAA.

“Hundreds, if not thousands, of variables go into whether you get a favorable price or one that is north of that,” Fitzgerald says of how car insurance rates are individually determined. 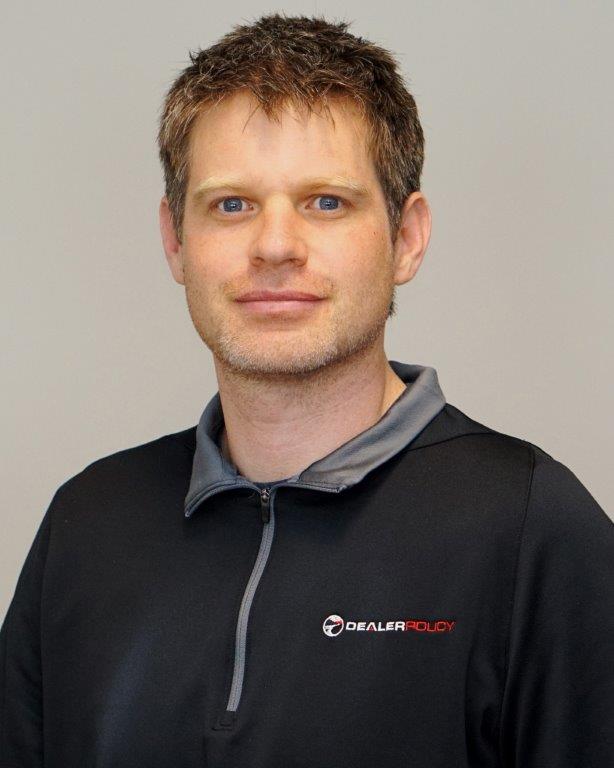 “Every carrier quotes a unique piece of business in their own way,” he says. “You might have someone that looks the same on paper. You run it across a dozen carriers, and you will get a different rate with each of them.”

What variables do rate-setters look at?

“Credit is a big one,” says Fitzgerald (pictured, left). “But there is a lot of discussion at the regulator level as to whether credit should be used to set rates.”

Consumers with low credit ratings typically pay higher insurance premiums. That’s because statistically people with low credit scores tend to file more insurance claims. But critics of using credit history to determine premium pricing contend it is a form of “profiling” that has nothing directly to do with driving behavior.

Education and occupation are other rate-setting factors, Fitzgerald says. “Obviously driving history and the number of miles a person typically drives are too. But counter to what some people think, getting a red car will not increase your insurance rate.”

If people lack prior car insurance, they will pay more on the first go-around. “And if you do have prior insurance but its policy’s state mandatory liabilities limits are at the minimum, you will pay more with a new carrier than you would if you were above the limits,” Fitzgerald says.

“JM&A represents scale, process and influence,” Fitzgerald says. “They’ve been around for a long time, and they’re a primary profit center for dealers. They are helping us bring auto insurance to dealers. We’ve worked with them on a focused process, making sure that auto insurance is presented to 100% of car buyers.”

DealerPolicy’s FastPass tool “can be embedded in a dealer website or in the Darwin menu,” Fitzgerald says. The menu-format F&I selling at dealerships has become particularly effective.

“Darwin Automotive is first and foremost an automotive technology company, and anything we can do to streamline a natural step in the process for dealers and customers is something we get really excited about,” says Phil Battista, J.D Power’s president-dealer technologies.

Fitzgerald says DealerPolicy is part of next-generation F&I. “We believe we are bringing a revolutionary product solution to the market. All that data gets synced up. The idea is to streamline the process.”

He adds: “People generally don’t love insurance. They consider it complicated. We make it easy and part of the retail car-buying experience.”

Are there generational differences as to who is more likely to take the FastPass route?

“We sell a lot of insurance to Millennials,” Fitzgerald says. “No surprise there. However, you’d be surprised what some of the older generations are willing to do online. My dad is buying things on Amazon like I could never have imagined. We live in an increasingly digital world.”