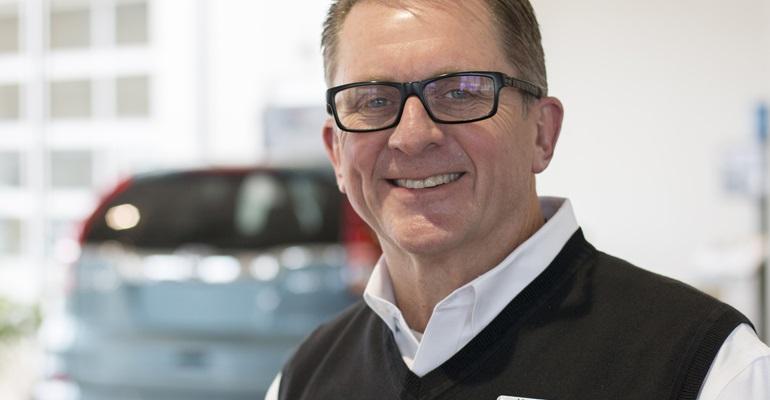 “The days of pounding people and needing five ‘nos’ before moving on are over,” says Kevin Cook, Straub Automotive Group’s general manager.
Dealers

Car Dealership Customers Self-Sell – and They’re Good at It

Some dealers are changing the way F&I is presented and sold.

The Straub Automotive Group has abandoned traditional dealership finance and insurance selling techniques, and reports reaped benefits from the change.

The Wheeling, WV-based five-store group relies on iPads to let car buyers literally take the F&I experience into their own hands.

Here’s how it works:

At the salesperson’s desk, the F&I manager gives an iPad to customers, then walks away. On the device, the car buyers watch a brief tutorial, view videos highlighting aftermarket offerings and answer a survey consisting of qualifying questions that ultimately allow the F&I manager to understand their potential vehicle-protection needs (i.e. “How many annual miles do you drive? “Have you ever had a problem with mechanical repairs?”).

“Doing that at the salesperson’s desk is beneficial because the customers, having spent time with the salesperson, are comfortable there,” says Kevin Cook, Straub’s general manager. “If you keep moving the customer to different locations, walls go up. It’s human nature.”

Straub is among a growing number of dealerships who are changing the way F&I is sold.

“With our system, the customer controls the process and understands it better,” Cook says. When they ultimately go to the F&I office to complete the vehicle-purchase paperwork, that’s where the selling takes place involving an F&I manager who has looked at the survey results and a customer who already has become familiar with the products.

The iPads are loaded with Dealertrack eMenu software. Cook describes it as an agile system that allows for quick changes. Straub sells Chrysler, Dodge, Jeep, Ram, Ford, Honda and Hyundai at its West Virginia dealerships.

Since switching to the iPad-based selling, the Hyundai store has achieved 80% penetration of vehicle-service-contract sales. The Honda store is at 60%, which is remarkable because many Honda buyers, thinking their well-made vehicles are infallible, decline post-warranty service contracts.

Cook, who worked eight years as an F&I manager, notes how that dealership department has changed over the years. “In the past, F&I was the least transparent of departments. Now, it’s one of the most transparent; we’re selling more and our customer-satisfaction scores are up.

“The days of smoke and mirrors are gone. The days of pounding people and needing five ‘nos’ before moving on are over.”

In another break from convention, not all Straub F&I managers have auto-sales backgrounds. Cook says he’s found that people who sold phones at retail telecommunication stores make good F&I managers.

“They are problem solvers,” he says. “That’s the type of person we’re putting in F&I these days, not necessarily your top salesperson. You also need someone who is instantly likeable and trustworthy.”

The docuPAD resembles a giant iPad that’s on the F&I manager’s desk. “Everything is done electronically,” says Che Shaydak, retail operations manager at Suburban Imports. “Customers lean in and can watch videos (that explain F&I products). It definitely helps with the overall engagement. Customers don’t realize how long it takes when they’re engaged like that.”

“It’s more aimed at younger F&I managers who don’t have the experience and haven’t put together a good presentation on their own,” he says. “It makes them do things they should have been doing in the first place.”