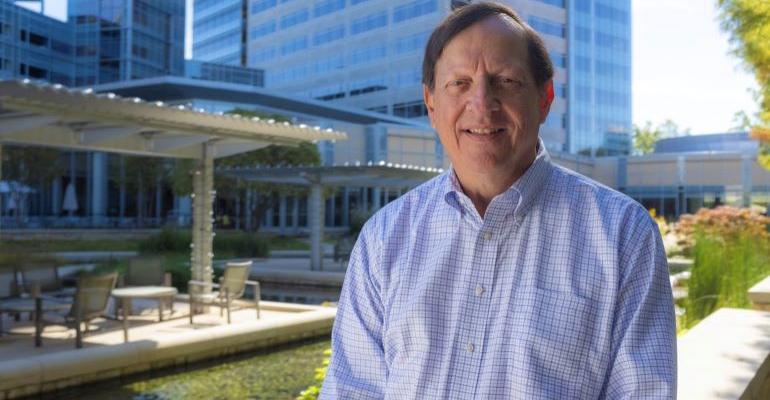 In a Wards Q&A, Sandy Schwartz, head of Cox Automotive, talks about digital auto retailing’s popularity surge, rebuts skepticism about its potential drawbacks and responds to whether it will ebb.

In a letter to clients and partners, Cox Automotive President and CEO Sandy Schwartz outlines, among other things, how the dealership software and marketing-services provider will accelerate its digital-adoption initiatives.

“As we help the industry recover, that effort will continue to be central,” he says.

In a Wards Q&A, Schwartz talks about digital retailing’s prospects, rebuts skepticism about its potential drawbacks (including how many home-delivered test-drive vehicles a dealership can bring to a fussy customer before it’s not worth it) and whether online car buying might ebb, post-pandemic. Here’s an edited version of the interview.

Wards: How are you and Cox holding up during these tough times?

Schwartz: We’re seeing things improve all the way around. But I just worry about the economy and the unrest around the country. For a guy like me who’s used to being with people, seeing people all the time, this is hard. I feel somewhat isolated.

Wards: A lot of people say that. There’s nothing like networking and meeting people face-to-face. Do you think that will change? Will we completely go back to the way things were?

Schwartz: An interesting question. No, I don’t think we’ll go back to exactly the way things were. Cox has a return-to-work day planned for around Labor Day. I wouldn’t be shocked if it were the first of the year instead.

I think the business landscape will change. My hope is that it will change for the better, including best use of time. I don’t want to go back to the way we were, because we weren’t as efficient as we could be.

Wards: A crisis can motivate change that wouldn’t happen otherwise. How has digital retailing changed for the auto world? 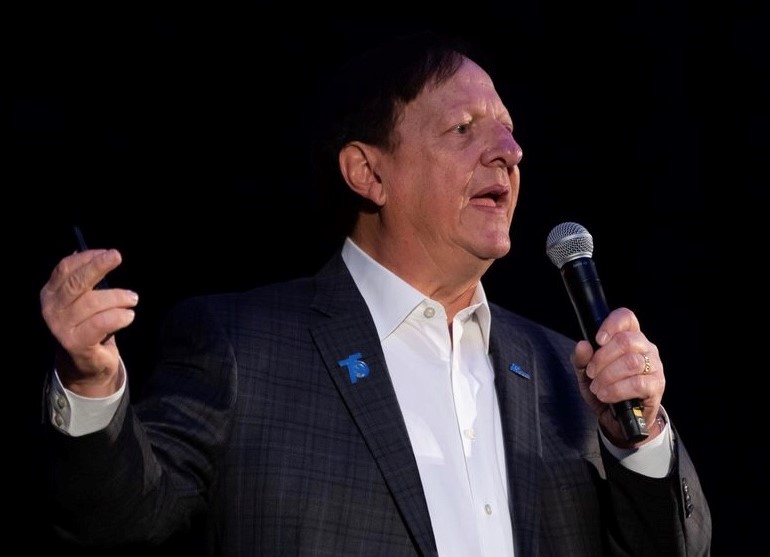 Schwartz: We want to help our dealers go forward and be better partners. One way is accelerating the digital adoption with tools everywhere. (Before the COVID-19 crisis) we had 500 dealer customers on Autotrader (a Cox company) using our full digital tool kit. Within four weeks, we had 10,000 using it. We have to continue developing these tools, and make sure dealers understand how they can use them. It’s what consumers say they want. This digital mindset is important. We’ve been talking about it for a while. Now, in the last several weeks, we’ve had to really put it in practice. We’re going to keep pushing it. (Schwartz, left)

Wards: When you said customers were telling you they want the digital experience, have they been telling you that all along, or since the virus hit?

Schwartz: In every survey, we’ve seen people saying they want more of this. It’s not just generationally. It includes mature shoppers. It’s been building for the last few years, but now it’s amplified dramatically.

Wards: Here’s something that seems like an Achilles heel of Internet-enabled remote buying: I was talking to a dealer before the crisis, and he was saying that on the surface taking cars to customers’ homes for test drives seems great.

But he asked what you do if the customer ends up not liking the car. He said it becomes awkward. You have the salespeople standing in the driveway anxiously awaiting the customer to say, “OK, I’ll buy it.” And the customer is thinking, “This isn’t what I want.”

So, how many times can you bring cars to someone’s home before it becomes an issue?

Schwartz: My answer would be: “It’s no different.” There are video tools that show customers the car before the home test drive. The salesperson can do a video walkaround. No one should be bringing a car cold turkey to a customer’s home.

Secondly – and I love the question – don’t bring someone a car until you have established that they are qualified to buy.

Salespeople need to ask questions and qualify customers. Every customer has a hot point that’s different. Do enough research on them, ask enough questions to know they are interested in a car before you bring it out to them. When someone goes to a dealership and wants to test drive a car, you can tell in 10 minutes if they are serious or not. I wouldn’t bring a car out to someone unless I’ve determined their seriousness as a buyer.

But let’s face it, dealers can get disappointed at the altar. Customers can take a test drive or go through the F&I process, and at the end say, “I don’t want it” or make unreasonable demands.

It’s getting a good feel for a customer. But you can’t be profitable by continually bringing cars out to the same customer.

Wards: You say dealers can gauge the customer’s level of interest to justify arranging a home test drive. But what happens if the salesperson concludes the customer hasn’t reached that threshold? Are you going to tell them, “I’m not bringing you the car.”?

Schwartz: Most importantly, do they qualify for it? Also, when you talk to someone, you can sense if they are serious. Do they have a trade-in? Are they upside down on it? This is all work that can be done digitally. But you are going to be disappointed sometimes, and you will go broke bringing car after car to someone.

Wards: I’ve talked to people on both sides of the proposition: Will digital auto retailing remain as popular as it has become during COVID-19? Some say there’s no going back. Someone else predicted it will return pretty much to where things were. That is, using the Internet to shop and research but not relying on it to virtually do the entire deal.

Schwartz: I am 100% sure in my mind that the train has left the station.