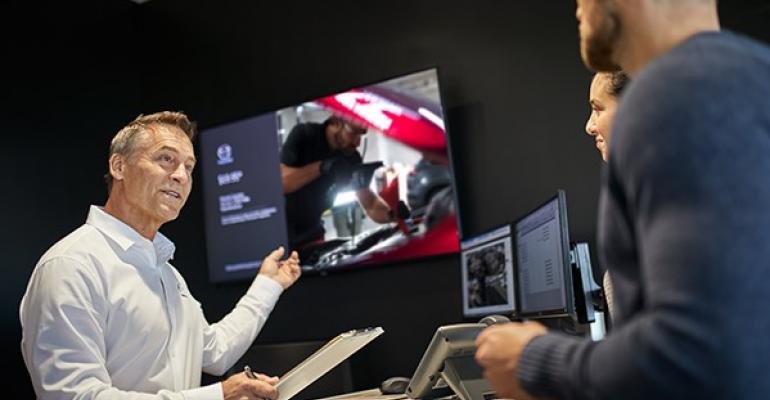 Dealerships in a growing number of states – including New York, New Jersey, California and Pennsylvania – are petitioning to have themselves declared “essential” businesses so they can stay open despite “stay-home” orders aimed at limiting the spread of the COVID-19 pandemic.

It’s a fast-changing situation, but in recent days some state and local officials are making a greater distinction between dealership service and parts operations, which are more likely to be considered “essential,” vs. the sales department, which in some states may need to be put on reduced operations or even possibly closed.

“The question of whether the state considers dealers as essential or non-essential has frustrated and confused many,” the Greater New York Automobile Dealers Assn. says in a bulletin to its members.

That makes those employees exempt from a state mandate to reduce employee attendance, aimed at maintaining a safe distance between workers, the association said.

But “the Governor did not identify dealerships' sales departments as essential,” the association says. That means, “those departments will have to be reduced by 75%.”

The city and county of San Francisco kicked off this discussion, with a shelter-in-place order on March 16, which apparently exempted dealerships – specifically, “gas stations and auto-supply, auto-repair, and related facilities.”

The National Automobile Dealers Assn. and the Alliance for Automotive Innovation cited the San Francisco order exempting dealerships, as an example they would like the federal government to follow.

That request was in a letter to President Donald Trump and other officials, asking the federal government to declare all dealerships “essential.”

California Gov. Gavin Newsome issued a stay-home order for the entire state. However, the governor’s order cited different categories for businesses to be considered “essential,” based on federal guidelines from the Dept. of Homeland Security.

The order says, “Auto repair shops will be permitted to remain open only if attached to and part of a gasoline station.”

Jim Appleton, president of the New Jersey dealer association, tells Wards in an email, “The arguments for repair and service departments at dealerships are clear, although we believe sales are essential, too.”

He says the physical environment in most dealerships is big enough to allow businesses to comply with guidelines for separating individuals.

“Again, I acknowledge sales activities are a more difficult issue, although we know there will be a substantial need for replacement vehicles,” Appleton says, noting that lease customers will be looking to replace their vehicles at lease end.

Pennsylvania Gov. Tom Wolf ordered “all businesses that are not life sustaining” to close. According to the Pennsylvania Automotive Assn., dealership service and parts operations and body shops may stay open.

Sales operations, however, are listed as “may not continue physical operations,” the dealer association says on its web site.

“PAA is working with the Governor’s administration and the General Assembly to advocate the necessity of permitting motor vehicle sales at a dealership at this time to support the communities’ needs,” the association says.

“Service can be open but sales are not allowed. We are trying to reverse it. Essential employees at supermarkets, hospital and first responders do need vehicles. Cars are totaled, stop working or need repairs that exceed the value of the car. Leases are up and on and on. People need reliable transportation. That is essential.”