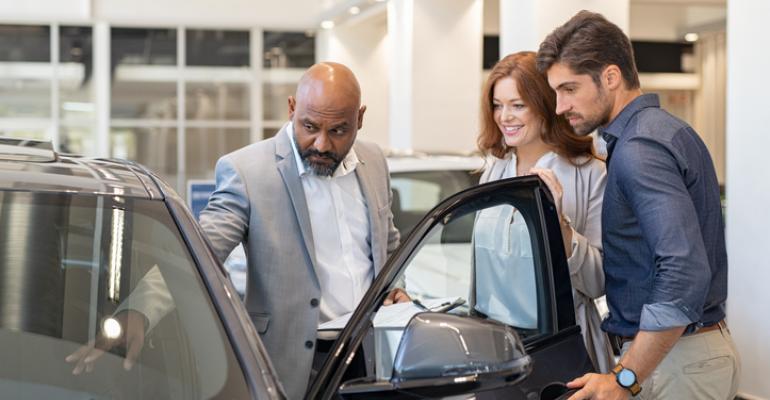 Getty Images
The average transaction price now is about $38,000.
Dealers

Car Dealers, OEMs and Auto Journalists Agree on One Thing

A reason vehicle transaction prices are up is that consumers on their own are opting for more vehicle.

A Cox Automotive poll asked automakers, dealers and auto journalists what they think will rank as big industry issues/challenges/disruptors. All three surveyed groups cited affordability as No.1.

Their No. 2 and 3 responses varied, but they agreed the top concern is the rising cost of vehicles. Right now, a new vehicle's average transaction price is about $38,000.

The fret: That much money for a depreciating asset could price many people out of the market or send them to the used-car lot for a cheaper deal. (Last year, the average monthly loan was $566 for a new vehicle, $419 for a used model, a difference of nearly $1,800 a year.)

Why are prices rising?

Partly because automakers are equipping today’s vehicles with so much advanced technology, especially safety stuff, as we march toward the world of self-driving cars.

But transaction prices also are higher because consumers on their own are opting for more vehicle, a sign of a robust economy, for now anyway.

They are buying more CUVs, SUVs and pickups. Those cost more than cars do. (And they carry higher profit margins, so automakers gladly sell them.) U.S. light-truck market share is expected to hit 75% this year.

Automakers sold about 17.1 million units in the U.S. last year. Wards Intelligence predicts that will drop to 16.8 million this year.

One reason for the decrease is that pesky affordability issue. Secondly, pent-up demand left over from the recession years is finally abating. Thirdly, economic growth is decelerating.

This should still chalk up as a good year; 16.8 million in vehicle sales is a strong number, especially compared with 10.6 million in 2009, when the recession wasn’t taking prisoners. We’ve come a long way.

The auto industry is cyclical. Expect to see proof of that in 2020, after a 5-year record-setting streak of sales topping 17 million. As they say, nothing lasts forever.