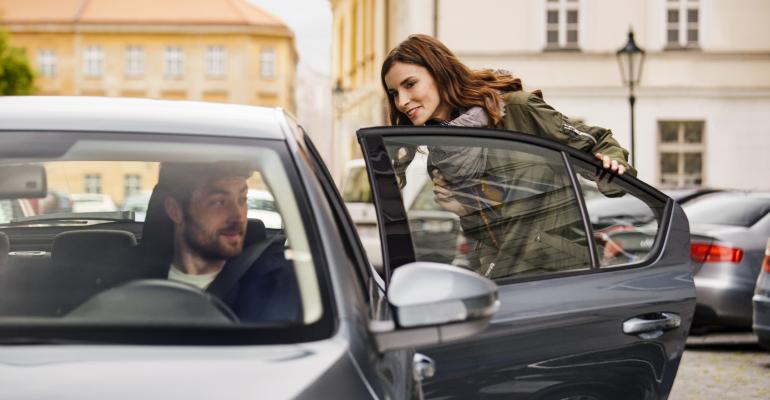 Uber
“Uber alone has seen a 125-fold increase in ridership in the past five years,” Allan says.
Dealers

Brian Allan of HyreCar urges dealers to think of their used-car inventories as sources of recurring revenue.

But auto-retailing veteran Brian Allan sees them as something different: profitable opportunities for dealers to rent to a growing number of drivers in the booming age of transportation as a service (TaaS).

There is a shortage of vehicles for drivers in new-age transportation networks such as Uber, Lyft and package-delivery services. 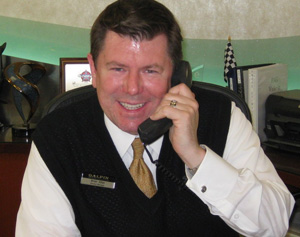 More than 50,000 people monthly apply as drivers for such work, Allan says, adding that up to 40% of applicants lack a qualifying vehicle. They may own a motorcycle, but not a car. (Brian Allan, left)

“If it has four wheels, auto dealers are in the best position to leverage it,” says Allan, senior vice president-strategic partnerships for HyreCar, a 4-year-old digital marketplace that connects dealers with professional-driver candidates in need of vehicles.

Today’s technology expedites dealers selling and renting to that growing group, he says, adding that rent-to-own programs are becoming popular.

Allan sees dealerships as occupying the best position to serve that sector. He urges dealers to think more of their used-car inventories as sources of recurring revenue, not as depreciating assets nor as merchandise limited to a one-time transaction.

Auto retailing will stick around in coming years, but TaaS – which includes fleet sales – will become a greater force than individual vehicle sales, he says.

He points to how the popularity of ride-hailing companies such as Uber and Lyft has “dramatically” affected car-rental agencies. They have responded by offering vehicles to ride-sharing and ride-hailing drivers. But dealers have it over rental companies there, he says.

That’s because dealers already have an auto-retailing infrastructure. Unlike rental companies, dealers run parts and service departments. They also take trade-ins, he adds. “Dealers have the real estate, parts and people.”

About one in three rideshare drivers who rent a vehicle will buy it within six months, Allan says of why he urges dealers to offer rent-to-own programs.

Some dealers fear if they rent vehicles to that group, the drivers will rack up too many miles and possibly abuse them.

In reality, TaaS drivers take care of their cars, owned or otherwise, Allan says at a recent J.D. Power industry conference entitled Auto Revolution. “They take care of them (in part) because they get customer reviews on the condition of the vehicles.”

He adds: “People who rent cars for ride sharing and ride hailing need to be in the dealership eco-system.”

HyreCar has about 145 clients, mostly independent dealers. The company now is wooing franchised dealers. Allan has had talks with automakers about getting involved with HyreCar. He sees off-lease vehicles as “beautiful” transportation-as-a-service prospects.

He says automakers have told him: “If you can convince dealers, we’re in.”

He later worked his way up the executive ranks of the California-based multi-franchise Galpin Motors, No.45 on the 2019 WardsAuto Megadealer 100.

He retired from Galpin in 2018 after 32 years and joined HyreCar the same year.

Drivers renting cars by the hour is the next TaaS trend, he predicts.