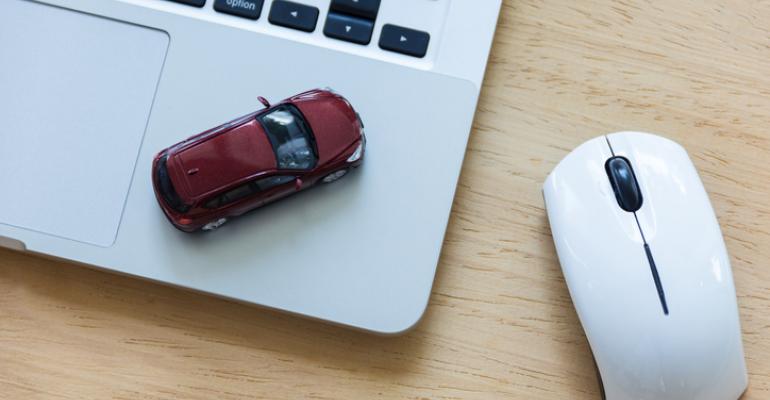 In a WardsAuto Q&A, Cars.com CEO Alex Vetter talks about the importance of and need for the franchised auto dealership network.

The franchised car dealership system’s future is healthier than some skeptics say, according to Alex Vetter, CEO and president of Cars.com, a major online marketplace for selling and buying vehicles.

In a Wards Q&A, Vetter (pictured below, left) explains his position, gives his take on dealers’ role in the automotive ecosystem and urges automaker-dealer collaboration to offer consumers plenty of digital tools. Here’s an edited version of the interview.

Wards: Certain electric-vehicle startups such as Lucid and Rivian plan to follow Tesla’s factory-direct sales approach. They feel the franchised dealer system is outdated. What do you think?

Vetter: Some people say dealers are dead and that new tech platforms are going to destroy the dealership. And they say it’s about time that happens. Like dealers are bad creatures.

I’ve been finding myself educating reporters who come across as feeling that way. I ask them, “Do you know what you are talking about?” Dealers are among the last vestiges of entrepreneurs in this country who offer consumers essential services. These are businesses that employ lots of people locally, give back to their communities and provide better retail experiences than do digital platforms that are supposed to replace them.

A lot of people are piling on, saying dealers are dead and the tech model is the winner. I just don’t believe it. It makes me a little afraid when so many people are writing off a whole class of amazing entrepreneurs. The narrative is wrong.

Wards: The reporters who feel that way, are they auto journalists?

Vetter: No. For instance, a TV journalist complained to me, “I bought my car from a dealer, and it was a total lemon.” I’m thinking, “Why are you throwing the dealer under the bus?” 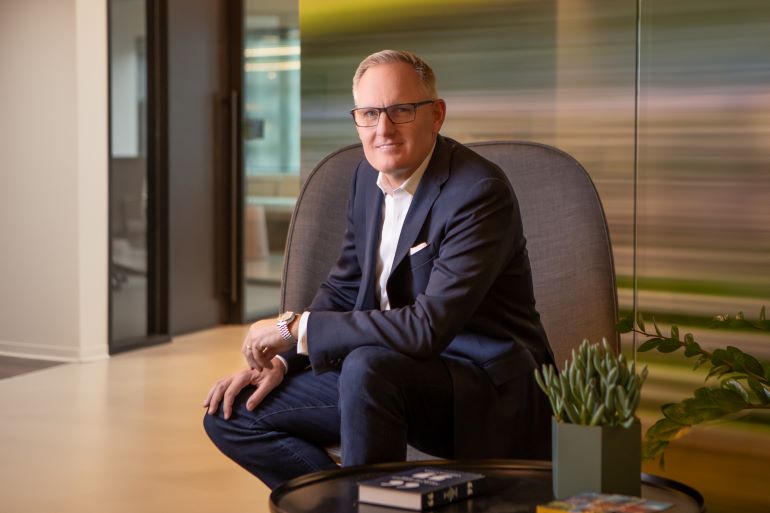 A lot of investment publications somehow don’t think Carvana is a dealership, but that instead it represents the rise of this new digital platform. No, it’s a dealership. There is this weird narrative in some circles that dealerships aren’t needed.

Wards: Why are dealers needed?

Vetter:  Let’s talk about retail buying, selling and owning. A local dealer can give you the vehicle touch and smell prior to purchase that virtual dealers cannot. It’s a big purchase, and getting it right is important.

My wife and I bought a car during the pandemic. The local dealer brought over not one, but two vehicles to let us compare the trims. We took one. They drove the other away. They also drove away our trade-in. We never left our home.

We’ve heard horror stories of people ordering from virtual dealerships, and the car takes seven days to get there. It arrives covered in dust.

Wards: It seems hard to find a bad dealer in this era where they are typically falling over themselves to give great customer experiences, as reflected by so many four- and five-star customer ratings on the internet.

Vetter: Cars.com bought DealerRater in part to help us sort through the bad actors by measuring consumer satisfaction. We see the same thing you mentioned. Of the bad reviews, we’re talking about low single-digit percentages. In those cases, it tends to be a fundamental disagreement on an issue such as a trade-in’s worth. But that’s essentially a two-sided disagreement, with the customer thinking the car is worth more than the dealer is willing to pay for it.

Wards: That’s been a longstanding issue in auto retailing.

Vetter:  Yes. But metrically measured, the vast majority of dealers get overwhelmingly top-star ratings from consumers.

OEMs used to mandate that dealers focus all of their capital expenditures on the showroom. The marble floors, the coffee bars, the physical appearance. Well, the paradigm has changed. Manufacturers should partner with their dealerships to accelerate their digital investments and do more with technology, because that’s what the customer wants.

Wards: They are doing that to some extent. For instance, look at the Hyundai Assurance digital initiative. The automaker spearheaded it but quickly emphasizes it’s all done through dealers, and requires dealer buy-in, Generally, it doesn’t look like OEMs are trying to cut the dealer out.

Vetter: Well, Volvo announced its intention to sell cars direct for all its EVs. That made some headlines. Obviously, Tesla is the poster child of factory-direct sales. But Tesla has a high number of owner complaints, especially when it comes to service.

Wards: Tesla has acknowledged it has a problem with its service side, and it has said addressing that is a top priority. But right now, if your Tesla has a service issue, you’ve got to work to arrange getting that fixed. The process is a lot easier at a local dealership. So, it’s more than just selling the car.

Vetter: The local dealership grows in importance over the length of ownership because of natural wear and tear and the higher need for service.

Dealers are embracing the on-demand world to connect with customers online. But not just sales customers. It’s service customers, too, by picking up their cars, taking them to the dealership service department, fixing them and bringing them back to you without a lot of hassle.

Wards: Will the future of auto dealerships be click-and-brick, digital and physical facilities combined?

Vetter: Yes, it has to be that by the nature of the product. The notion that this will become an all-virtual business is a sham. It’s a high-touch product category, with lots of optionality and consumer purchase concerns and questions. There needs to be a local infrastructure in place to support customer needs.

Wards: Where do you suppose the notion came from that it could all be done digitally? Was it someone’s dream?

Vetter: It’s not that people won’t buy sight-unseen. The novelty is there. Some people will buy a home or car online, usually affluent people. But the bulk of the market is still an omni-channel experience where most of the work is being done online and the rest in person.

It is not going to happen overnight, but the industry must realign its capital structure and manufacturers must help dealerships accelerate digital investments. Anything that can be digitized and moved online needs to be there. And dealers need to put the customer at the center of everything.

Vetter: F&I largely is a menu-based series of questions, options and calculations, which can all be rendered neatly on a screen, allowing the user to configure the deal they want and be in control of that process. The dealership can customize it to the customer and make the customer feel in control.

In buying a car, many parts of the process can, will and should be digitized.

Wards: What parts shouldn’t be?

Vetter: The physical delivery is sort of the obvious one. It’s not a box that shows up at your doorstep. A vehicle is a large physical asset that needs to be touched by both the people who own it and the people who service and support it. That human connection is relevant. The local dealership is the link in that. The local dealer network is the most gifted at putting people in and out of cars. They just are.

To think that you’re going to do that strictly virtually denies the fundamental understanding of what’s being sold.