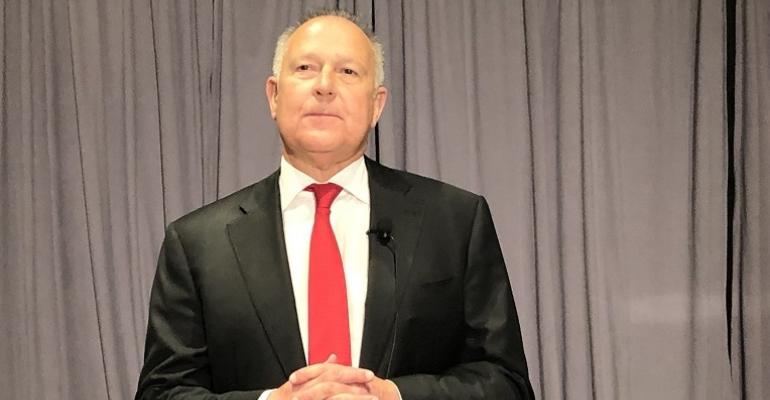 At Garth Blumenthal’s Mercedes-Benz dealership, “price is way down the list,” he says of customers. “It’s more about the guest experience.”

“Customer experience” has become an auto-retailing buzz term in recent years. But it’s hardly a new idea to Garth Blumenthal, who missile-locked on it 28 years ago when he became general manager of Fletcher Jones Motorcars, a top-selling Mercedes-Benz dealership in Newport Beach, CA.

Under his leadership, the luxury-brand store – No.2 this year on the 2019 WardsAuto Dealer 500 – has earned a reputation for what's been called “a maniacal focus” on the guest experience. One of its extra efforts is offering customers a shuttle service to and from Orange County’s John Wayne airport. (Fletcher Jones Jr. had purchased the store out of bankruptcy.)

Now, Blumenthal is dealer principal and co-owner with Jones at Mercedes-Benz of Temecula, east of Los Angeles. In 2014, they constructed a ground-up facility that looks more like an art museum than an auto dealership.

Blumenthal’s mission at the Inland Empire dealership is to deliver the same 5-star luxury experience that originated at the Newport store.

“Eighty-five percent of people say their car buying experience was affected by the salesperson,” says Blumenthal, who is keen on employee development and process improvement.

He is an international consultant to dealer groups and has addressed heads of global markets in Stuttgart, Germany, headquarters of Mercedes’ parent company Daimler. He talked there about how to set up a business development center to promote customer loyalty and retention.

At an event closer to home, he discusses the need for an adequately trained staff. “It starts and ends with that,” Blumenthal, a South Africa native, says at the Thought Leadership Summits’ annual automotive customer experience conference in L.A.

“How do you make people remember good feelings?” he says of dealership customers. “It takes the whole team, from the person who greets you to every contact point that is intended to make guests realize they are in a special place.”

It takes hard work to do that, he notes. “The work ethic is unlike intelligence, charisma or any other natural attribute because it’s a choice.”

Blumenthal particularly looks for positive attitudes in job candidates. “Are they motivated? Will they represent us well? We can teach the skills.”

He adds: “You have to be brilliant at the basics. Have the processes in place. Salespeople early on should introduce customers to managers, and managers must be involved all the way through.”

He places a premium on the test drive. “That’s where you have a lot of questions from customers. Plus, as a colleague said, ‘The feel of the wheel seals the deal.””

His dealership tries to match staffers with clients based on demographics, he says. “We’re bringing in more saleswomen. We’re using social media to get to Millennials.

“In a perfect world, if we could match the salesperson to the customer, we’d have better results. But that’s difficult to do.”

At some dealerships, managers initially and briefly interview customers and assign them to salespeople who would seem more likely to connect with them, he notes.

At the Newport Beach dealership, “we had salespeople from all over the world,” he says. Many of them were bilingual and multilingual. “At one point, we had people (collectively) speaking 20 different languages because our customer base was so diverse.”

His advice to car salespeople: Talk less and listen more. “Ask enough questions to get to know the customer.”

Mercedes is a luxury brand, with some models costing six figures. It’s as if money is no object with Blumenthal’s customers. “But price is way down the list. It’s more about the guest experience.”