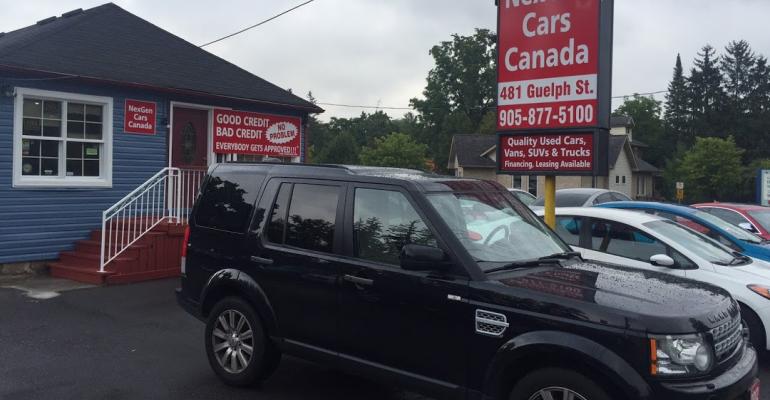 Global Automakers of Canada CEO David Adams says used and new auto prices have risen as new-vehicle supplies in Canada are being constrained by microchip shortages and COVID-19-related logistics and supply disruption.

OTTAWA – As Canada’s auto market emerges from its COVID-19-driven slump, new-vehicle sales are competing against increased demand for used vehicles, as inventories remain tight and prices rise across the board.

Canadian used-vehicle prices have tracked upwards steadily in the past 10 years, according to data from JD Power, inching toward 110% of 1998 levels by early last year. But COVID-19 has shaken up that market, which has boomed in recent months – now approaching 120% of 1998 pricing.

Global Automakers of Canada CEO David Adams (pictured below, left) says used and new auto prices have risen as new-vehicle supplies in Canada are being constrained by microchip shortages and COVID-19-related logistics and supply disruption. With lockdowns easing, but Canadian consumers still reluctant to use public transit as the pandemic ebbs, “now people see the time to get into a vehicle,” he says.

Brian Kingston, president and CEO of the Canadian Vehicle Manufacturers’ Assn., agrees, noting how global auto supplies may fall by 1 million vehicles this year because of chip shortages.

Canadians, however, have money to spend. Their savings rates (previously so weak, they were a growing government concern) have expanded significantly, with lockdowns curtailing consumer spending on travel and entertainment. “A lot of people have savings they didn’t have before,” Kingston says.

But with new-vehicle supplies tight and prices high, used vehicles are unusually competitive in Canada. DesRosiers Automotive Consultants (DAC) says new-auto sales were not as solid as might be expected. It says May 2021 sales were 35.8% over May 2020 at 153,760 units, but “on average, May sales should be at or above 200,000 units in a normal market.” 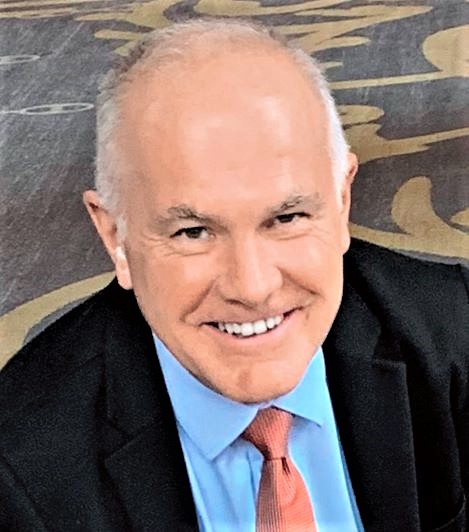 DAC adds: “Recent sales have been disappointingly trending downward, with various restrictions and semiconductor-related shortages dictating the pace,” with supply and demand for new vehicles in Canada being soft simultaneously.

Canada does not have the option of spending itself out of the chip shortage. Kingston notes the country, unlike the neighboring U.S., does not have a major chip manufacturer. And it certainly does not have a government ready to invest in creating one, unlike the U.S.’s Biden Admin. that wants to spend $50 billion on expanding American chip production.

Used sales have been particularly attractive in the pickup segment, Adams says, although even here demand has been tempered by price, with used vehicles being exported south to feed the hungry American market.

And the Global Automakers CEO doesn’t see Canadian dealers rushing to offer new-auto bargains any time soon, helping make used sales attractive in the longer term: “Manufacturers aren’t in the situation where they have to offer the same incentives as in the past. They have two vehicles in a lot, someone will come along and buy them. Dealers are securing a lot more margin,” Adams says.

This situation may ease as the chip drought lessens and supplies increase, probably by the end of this year, but maybe not until early 2022, Kingston says. But new-auto prices may not fall back to pre-pandemic levels. Adams says there will be upward price pressure on new vehicles going forward as automakers add advanced driving systems and automation: “Manufacturers have subsidized that to a point and kept a lid on growing price levels. But there’s so much upward price pressure - at some point, the piper needs to be paid.”

So used vehicles may remain an attractive proposition for thriftier Canadian buyers. They are increasingly serviceable and last longer than before, Adams says: “There’s not the same stigma about buying a used car today. The styling of cars today means that you can be hard-pressed to tell a vehicle that’s five years old from a new car.”

“A breakdown in 20 degrees below is not much fun,” he notes.

Also, the current weakening of the U.S. dollar against the Canadian dollar is easing demand by American buyers for Canadian used vehicles, he says, with fewer U.S. purchasers traveling north to buy at Canadian auctions – and increasing inventories in Canada.

Looking ahead, Adams suggests the used-car market may get an additional boost from new Canadian government plans to phase out new internal-combustion vehicles by 2035. “If people still want to drive internal-combustion-engine (ICE) vehicles, they will have to drive used vehicles.” He foresees a big push to acquire ICE vehicles up to 2034: “People will be stockpiling ICE vehicles for people who want to buy them.”